Many of you have heeded the warning from Drs. Steve Koenning and Ronnie Heiniger and plan to spray tasseling corn for southern corn rust (link here). The following article will discuss why you should not tank mix an insecticide when making this application. 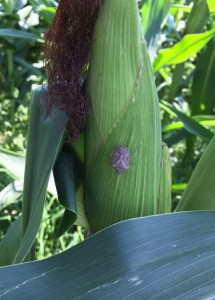 Stink bugs feed on developing tissue. Once the kernels have pollinated, they will feed through the husk while the kernels are filling.

The primary target of your insecticide application is likely stink bugs. This previous article discussed when and how you should spray stink bugs in corn. Please reference this article for an in depth discussion of the subject. In brief, corn is most susceptible pre-tasseling. However, fungicide applications for Southern Rust are most effective post-tasseling. This is past the point of major stink bug susceptibility for corn. Furthermore, aerial applications are ineffective against stink bugs, which like to hide in the folds of the leaf. So you won’t kill many anyway.

Where are stink bugs now? They are in corn, cotton that is squaring or flowering, or soybeans that are flowering. Neither cotton nor soybeans should be sprayed for stink bugs prior to boll formation or pod formation. Corn can sometimes be injured by stink bugs, but numbers must be very high (one stink bug per two plants nearing the end of pollen shed to the blister stage is the threshold). I visited a corn field with stink bugs today. You could see the stink bugs feeding directly on the developing kernels. These stink bugs were only 15-20 feet into the field and, although there were hot spots where you could find a lot of them, they were not at numbers anywhere near threshold in the field. There will be very few fields in our state at this time with stink bug numbers at threshold throughout the field. An insecticide over tasseling corn is probably not worth your money. 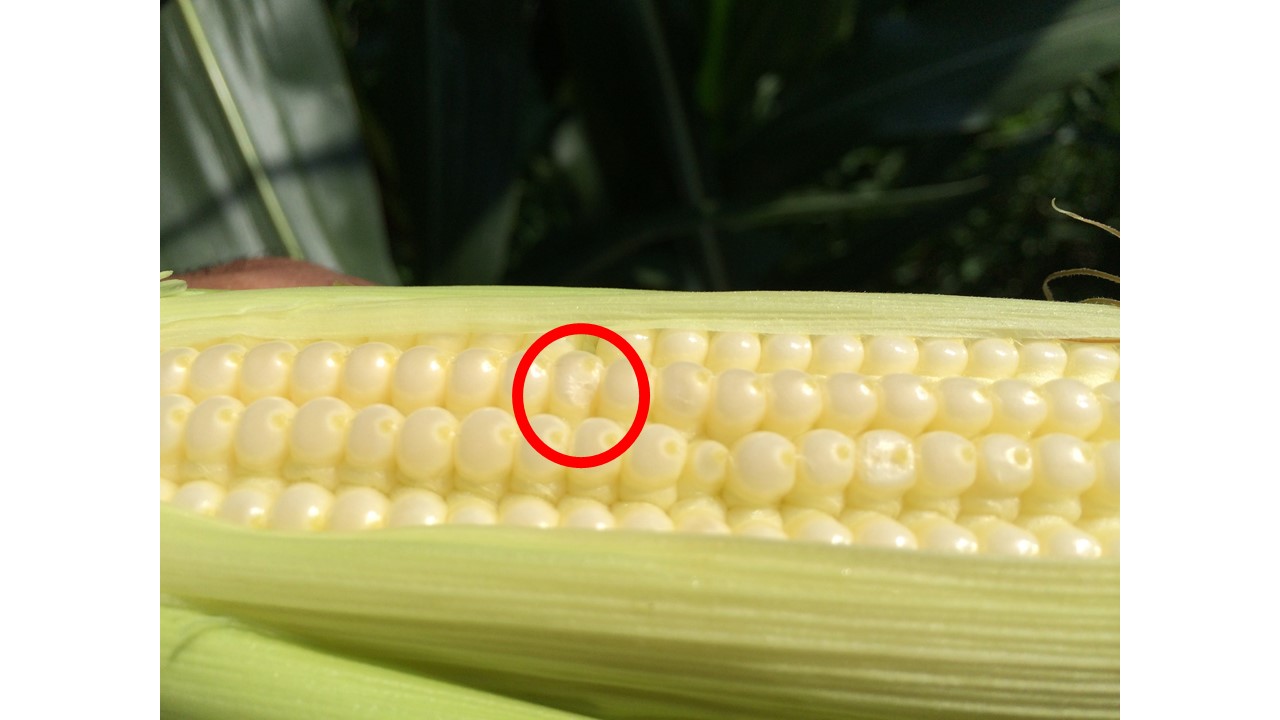 This photo shows a kernel injured by stink bug feeding. Hard to see isn’t it? We know that we need a lot of stink bugs to cause injury to corn once it has pollinated.