Find this article at:
go.ncsu.edu/readext?305990
— Written By Dominic Reisig

Stink bugs are present in corn this year and many are questioning whether a spray is worthwhile. In most situations, spraying stink bugs in corn is not worthwhile. The following logic will support this. 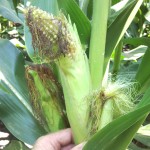 Injury caused by stink bugs feeding on stalks before the ear emerged (prior to tasseling).

Corn is most susceptible to stink bug injury pre-tassel when the ear is forming. Stink bugs are very good at finding developing tissue. When the ear is forming, stink bugs will pierce the wall of the stalk and feed on ears developing inside the stalk. This can cause cells that have not yet developed to form the ear to be destroyed. This sort of injury is very damaging, since the entire ear can be deformed. However, most of my stink bug calls occur post-tasseling. At this point, the ear is already developed and has emerged so that the silks can receive pollen from the tassels. Stink bugs at this point are still targeting developing tissue, but the developing tissue is now kernels, rather than the ear. We can tolerate a lot more kernel feeding than we can feeding on developing ears. Sometimes stink bugs can transmit fungi that lead to aflatoxin, but I feel that environmental conditions (such as drought and hybrid) are much bigger drivers of aflatoxin problems than stink bugs.

Stink bugs are difficult to kill with aerial applications because they are made using low volumes and because the insects can hide in leaf folds near the stalk. We have published information from NC that demonstrates the ineffectiveness of typical aerial applications over corn. Stink bugs can be killed for up to a week using a high-clearance tractor (see screening information graph). If you absolutely have to do something about stink bugs and cannot use a high-clearance tractor, do everything you can to get your aerial applicator to increase coverage and penetrate the canopy. Don’t expect much, if any, residual from your chemical. Stink bugs can reinvade the field after sprays. 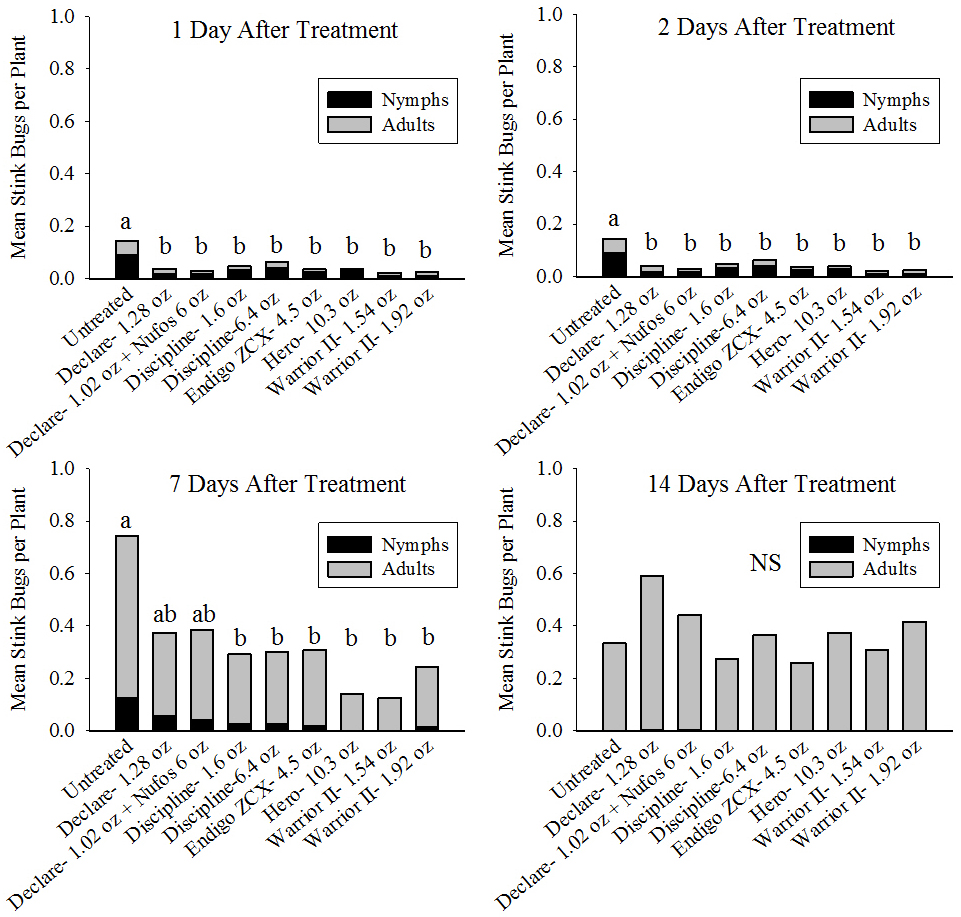