Find this article at:
go.ncsu.edu/readext?418835
— Written By Grant Palmer and last updated by Hannah Burrack

We’ve now processed trap capture data through the end of June. Blueberry harvest has concluded at most of our grower locations, so this week, we removed the traps from those sites. We will continue monitoring blackberry farms through the end of their picking season. 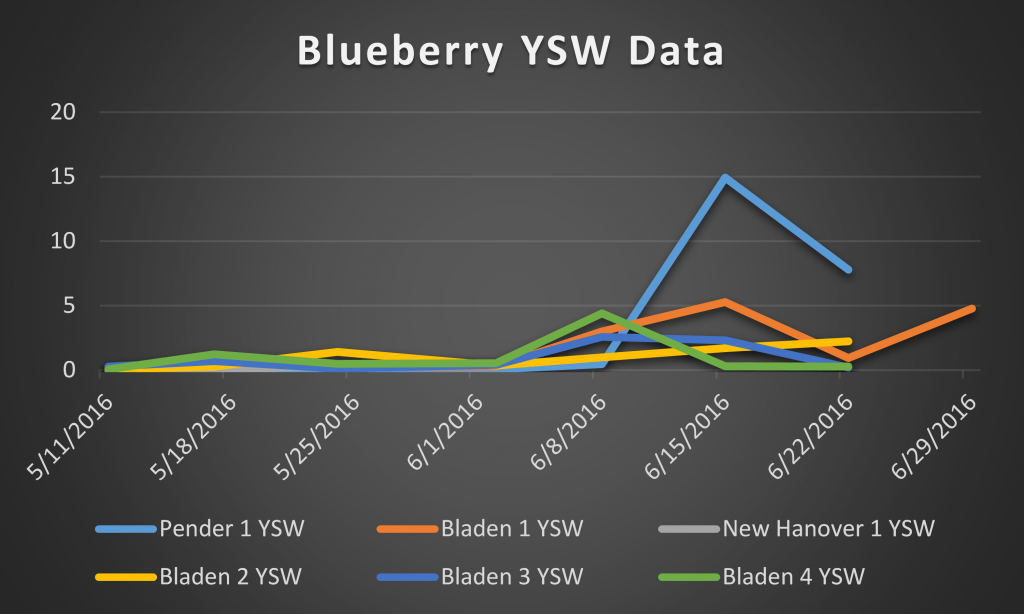 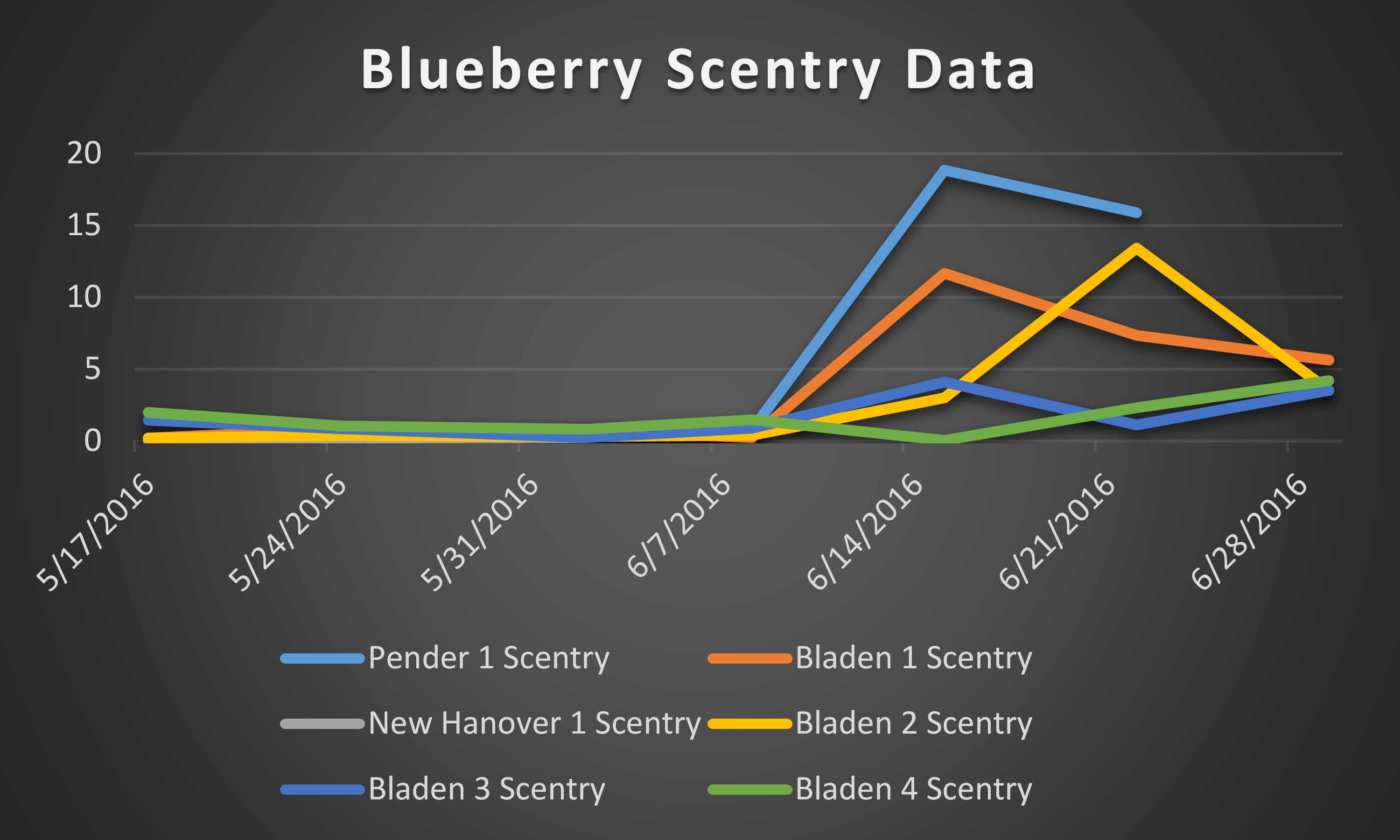 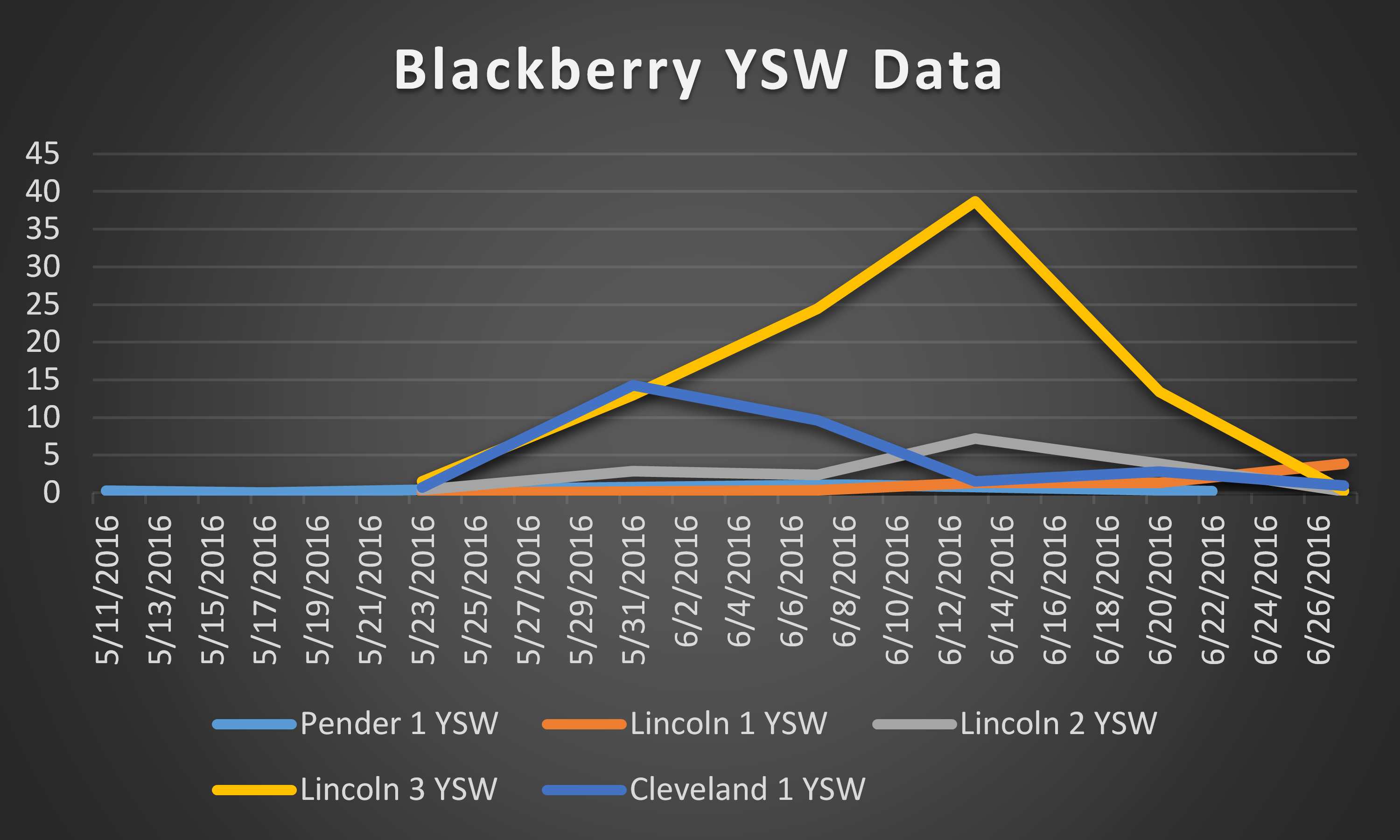 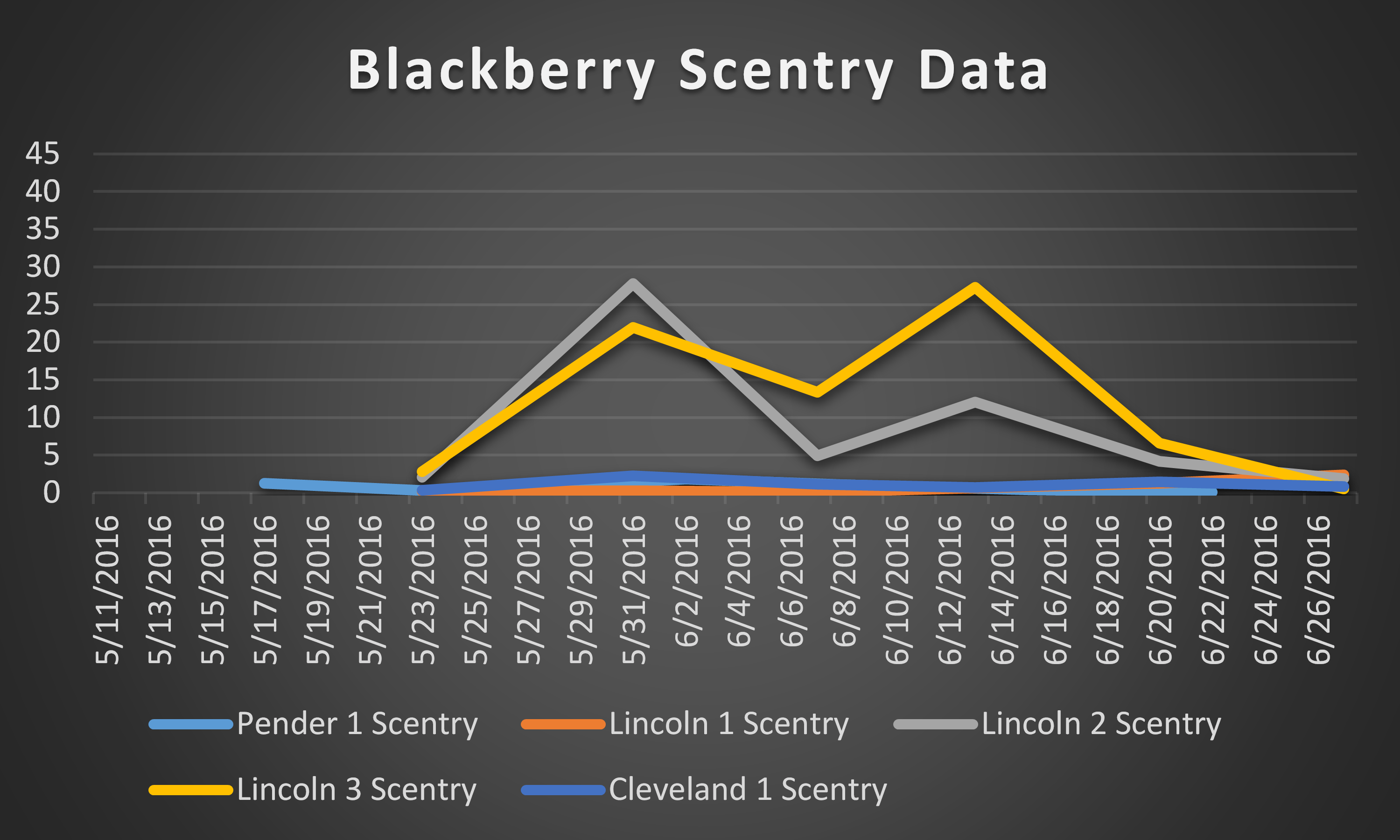 Blackberry trap captures of spotted wing drosophila decreased in the last couple of weeks of June in both the yeast/sugar/water traps and the Scentry bait traps. Due to the similarity in the trap capture drops it seems that the attractiveness of the blackberries may be overpowering both kinds of traps at this point in the season. We have consistently observed lower trap captures in blueberries as compared to blackberries in the past, and this pattern continues this year. Blueberry trapping sites have have also had less rainfall and higher temperatures recently. These unfavorable conditions may also explain the drop in dragonfly sightings while out in these locations. 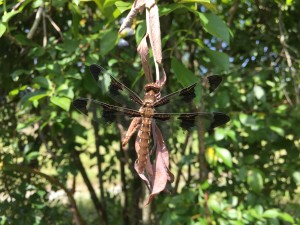 Dragonflies have been seen less frequently at the blueberry research sites over the last couple weeks. Possibly due to the lack of rain, and the higher temperatures. Photo: Grant Palmer

It is important to note that trap captures numbers are do not necessarily represent actual spotted wing drosophila population. The population dynamics suggested by the YSW and Scentry trap data from blackberries differ. We are also also monitoring SWD larval infestation in fruit at these same locations, which will allow us to determine which trap attractant is more closely approximating infestation.