Find this article at:
go.ncsu.edu/readext?418144
— Written By Grant Palmer

Looking at the blackberry Scentry data collected on June 20, trap captures of spotted wing drosophila (SWD) appear to be cycling up and down on about a weekly basis. In SWD Monitoring Report June 24, 2016, it was speculated that these upturns and downturns could be related to the age of the females in SWD populations. It is interesting to see the trap captures rising and falling cyclically in these newer Scentry bait traps, something which has not been seen this season so far in the YSW traps. Scenty lures are a synthetic blend of attractive volatile compounds. The manufacturer suggests that these lures may last up to 6 weeks. We change the Scentry lures every 4 weeks, while we change the YSW attractants weekly because they are actively fermenting material. The fluctuations in Scentry baited SWD trap captures appear to relate to lure age, so it is possible that they do not remain attractive for as long as anticipated in hot, southeastern conditions. 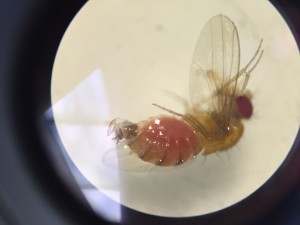 This female SWD specimen was found in one of our traps. Curiously, she died with a full stomach, meaning she investigated our trap after feeding on another available resource. Photo: Grant Palmer

It is important to note that trap captures can be affected by a number of factors. They likely track population changes, but are also impacted by weather and other locally available resources. This means that when our trap capture are low it could be indicative that the population has dropped, that other things in the immediate environment are more attractive than our traps resulting in lower trap capture numbers, that flies were less active due to weather, or, perhaps, because the trap was less attractive. 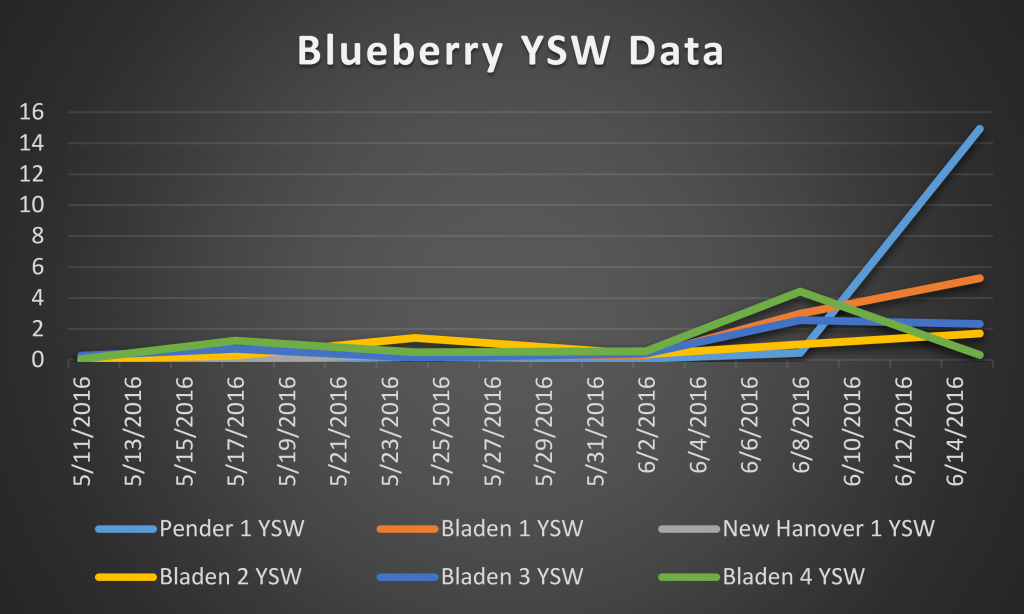 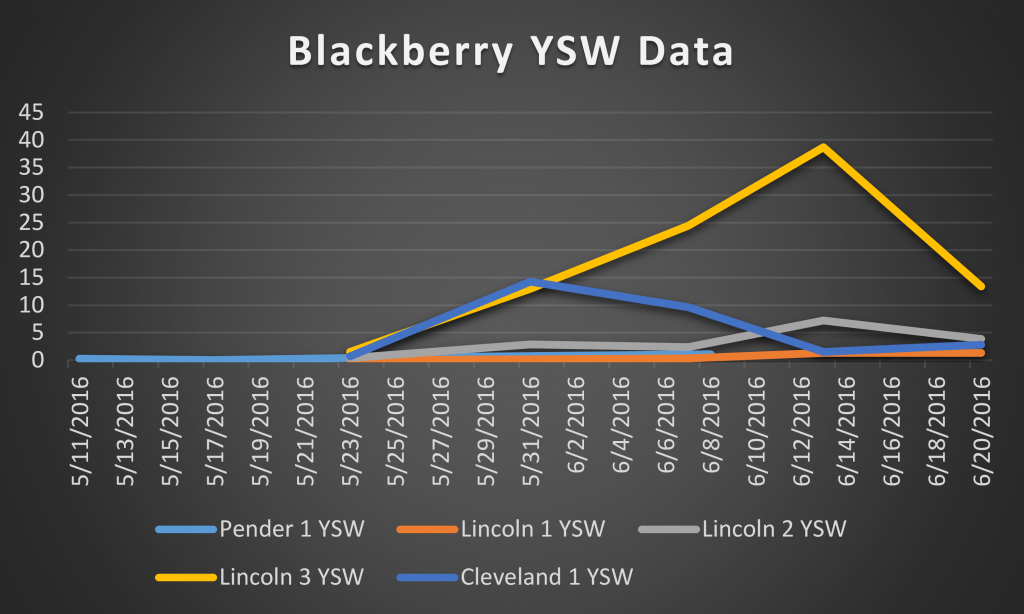 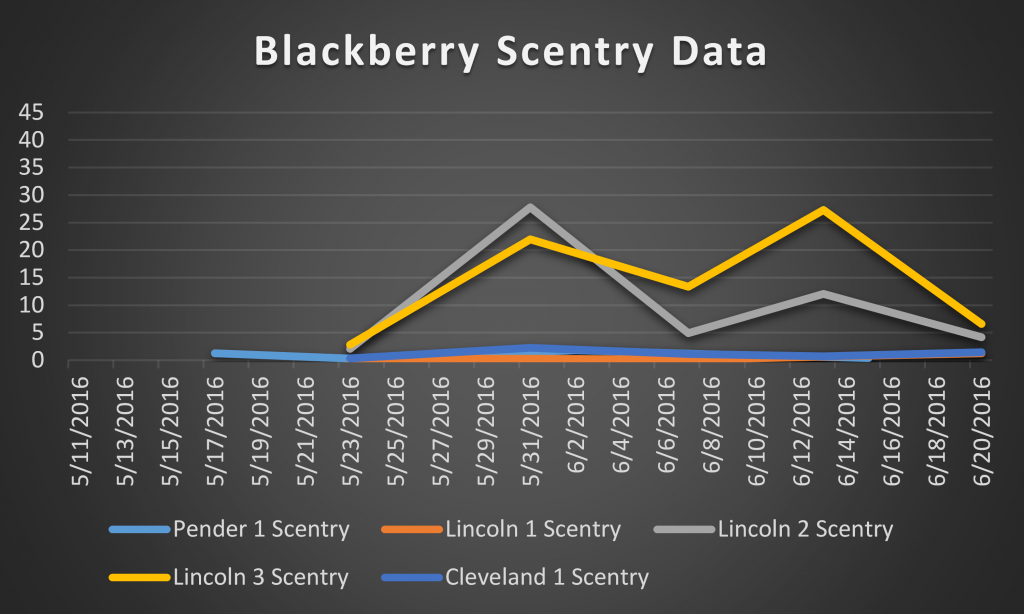 With the blueberry season at most of our research sites wrapping up, we will expect to see an increase in our trap captures  As the available resources for SWD dwindles the relative attractiveness of our traps at these areas should rise further as a result.