Find this article at:
go.ncsu.edu/readext?528332
— Written By Steven Frank

Adapted from original content by Danny Lauderdale. I found potato leaf hoppers in one of my granulate ambrosia beetle traps this morning. I believe they were attracted by the light green color of the trap (we normally use yellow sticky cards to detect potato leaf hopper arrival from the South). Potato leafhoppers feed on new 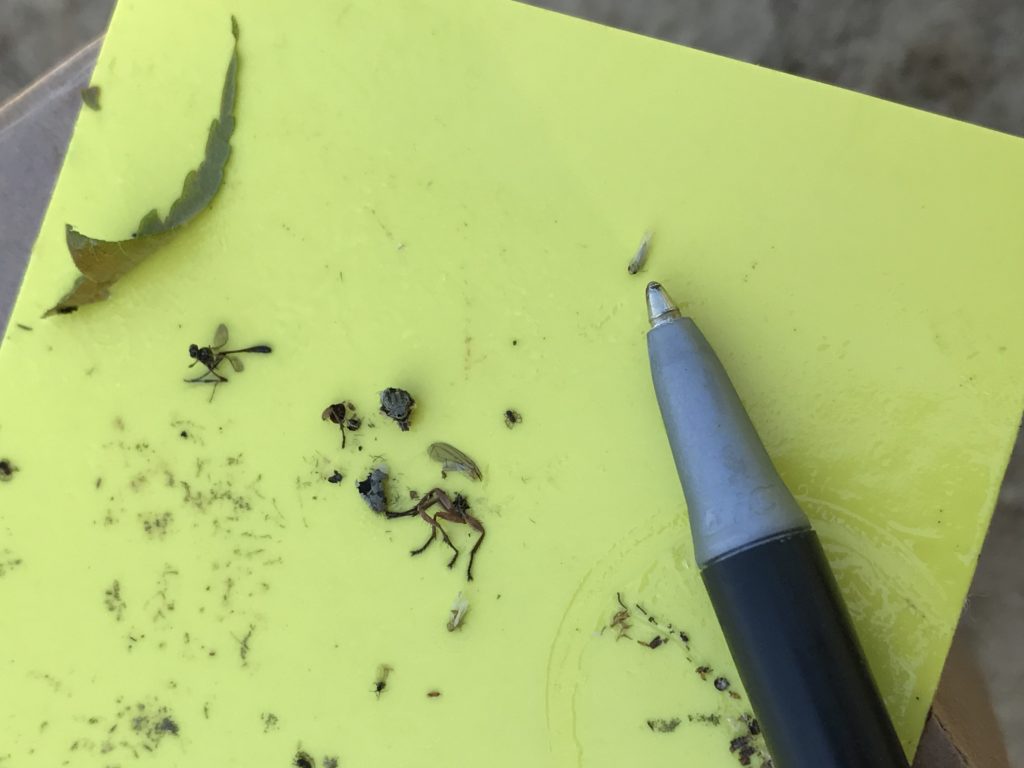 leaves and buds of red maples. This causes leaves to become deformed and if buds are damaged they produce multiple leaders, a symptom called ‘witches broom’. Local nursery owners also reported seeing a few last week in maples. Host plant resistance can play an important role in reducing potato leafhopper damage. Cultivars ‘Brandywine’, ‘Somerset’, and ‘Sun Valley’ have some resistance to this damage. Most damage occurs from early season feeding on new buds and

leaves so red maple cultivars that break bud earliest in spring (before leafhoppers arrive) sustain the least injury. Pyrethroids (like bifenthrin or permethrin) applied every two weeks while trees are leafing out will reduce damage. If your maple trees are repeatedly damaged by this pest you might consider a systemic neonicotinoid drench in the future which can provide two years of protection and may prevent harming natural enemies which repeated pyrethroid sprays will knock down.

You can review more information about leaf hopper management and other maple production information in the maple Chapter of the Southern Region IPM Tree Book for Southeastern US Nursery Production.
share Share This Article