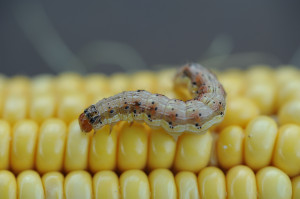 Biology. The corn earworm (Helicoverpa zea Boddie) is a common insect in corn. First  and second generation caterpillars attack the whorl stage while the later generations are largely found in corn ears. Corn earworm larvae generally infest the ear through the silk and in years with heavy insect pressure, there can be multiple penetration sites. In this case, more than one larva may be found in an ear. However, since this caterpillar regulates its abundance through cannibalism, it is unusual for more than one earworm larvae to be found in a whorl or ear. 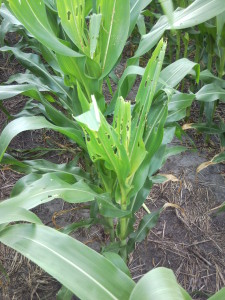 Injury resulting from whorl feeding by corn earworm larvae. Such infestations can be damaging by stunting plants, removing leaf tissue needed for photosynthesis and sometimes destroying the inner whorl.

Injury and damage. Whorl stage infestation is common, but seldom reduces grain or silage yield. See scouting guidelines for whorl feeding insects. Usually the highest infestation will be found within the earliest-planted corn in an area, but populations seldom reach a threshold level. Economic damage does not occur when less than 50% of the plants are infested. If treatment is warranted, insecticides may be moderately effective if applied from a ground sprayer. However, when caterpillars are deep within the whorl, results may be marginal. Aerial application is not effective (see Scouting for whorl feeding insects and North Carolina Agricultural Chemicals Manual).

Ear feeding is common in most corn fields, with 60% to 100% of the ears having a single caterpillar in years of high populations. Also, secondary ears may be infested. Yield loss from ear feeding in timely planted field corn has not been demonstrated from this pest in the southern US. Yield loss may be occur in whorl infestations, late-planted field corn, white corn, popcorn, and corn grown for hybrid seed. Chemical control of corn earworm in the ear is difficult, requiring multiple insecticide applications, and is not economically justified in field corn. There are several events that have been incorporated into corn which target corn earworm and other lepidopteran pests, such as fall armyworm. 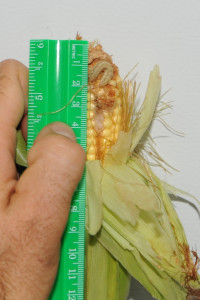 Under some circumstances Bt corn will also reduce the amount of mycotoxins (e.g. fumonisins and aflatoxins) in the grain by limiting feeding damage to the ear. However, this relationship is weak and during conditions favorable to ear-infecting fungi the Bt corn often shows no advantage. Other factors, such as stress at the time of pollination and hybrid performance probably has the greatest effect; this is an area of intense research.

In its third generation, corn earworm is the most economically important insect pest in North Carolina and attacks a variety of crops in late July and August (cotton, peanuts, sorghum, soybeans, vegetables, and others). Field corn plays a critical role in the seasonal history of this pest because this is where second generation of larvae, which infests corn ears, builds up population abundances. As moths, these insects fly to other crops to deposit eggs. 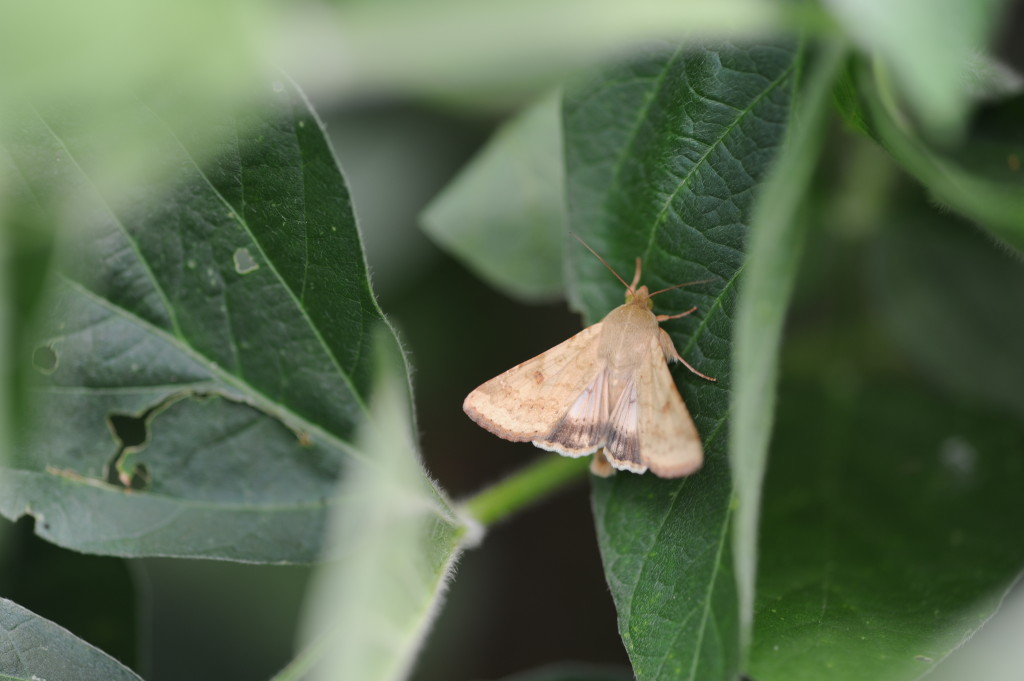