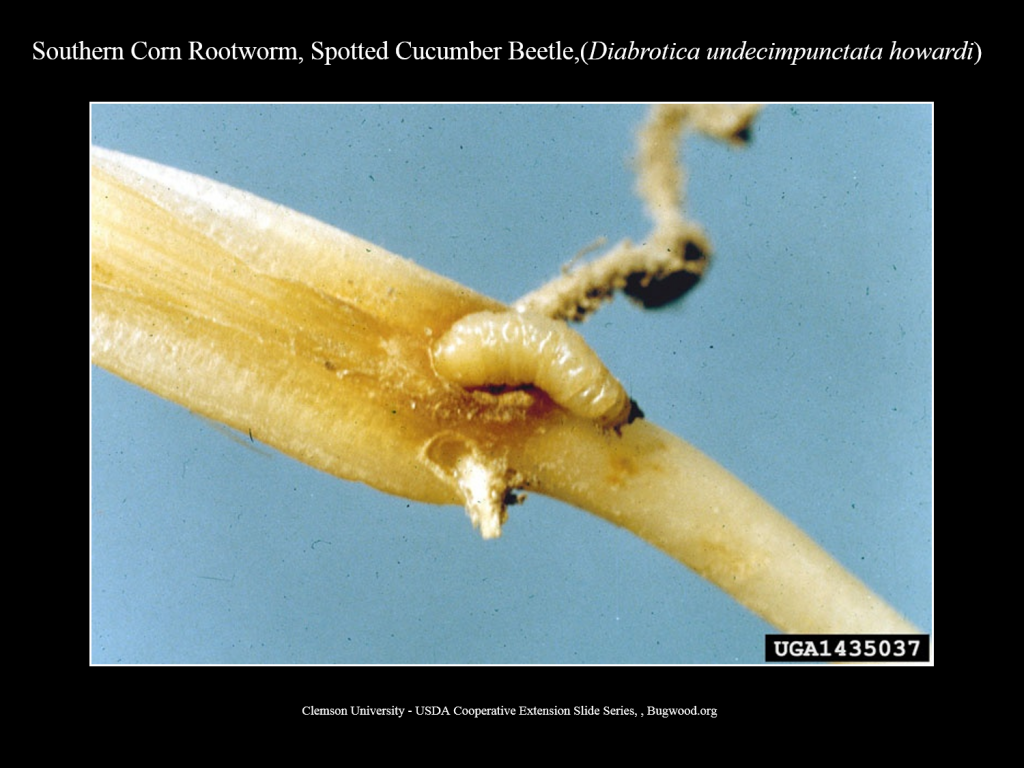 Southern corn rootworm larvae injure seedlings by feeding between the newly forming roots and into the meristem tissue. Feeding will usually appear as a small, fine puncture between the roots. Seedlings injured by this pest usually die but may be stunted and show sucker growth. See scouting guidelines for seedling pests. This insect may have up to two generations a year in corn but the first generation larvae usually originate from eggs laid into spring vegetation before the corn is planted. Since tillage destroys these early larvae damage to corn seedlings is mostly restricted to conservation tillage corn, particularly no-tillage. The second generation infests corn in the whorl stage and feeds on roots. In general the root mass of corn plants will sustain this injury without effect on yield. However, where peanuts (an alternate host) are grown in rotation with corn very high second generation populations may infrequently damage corn. 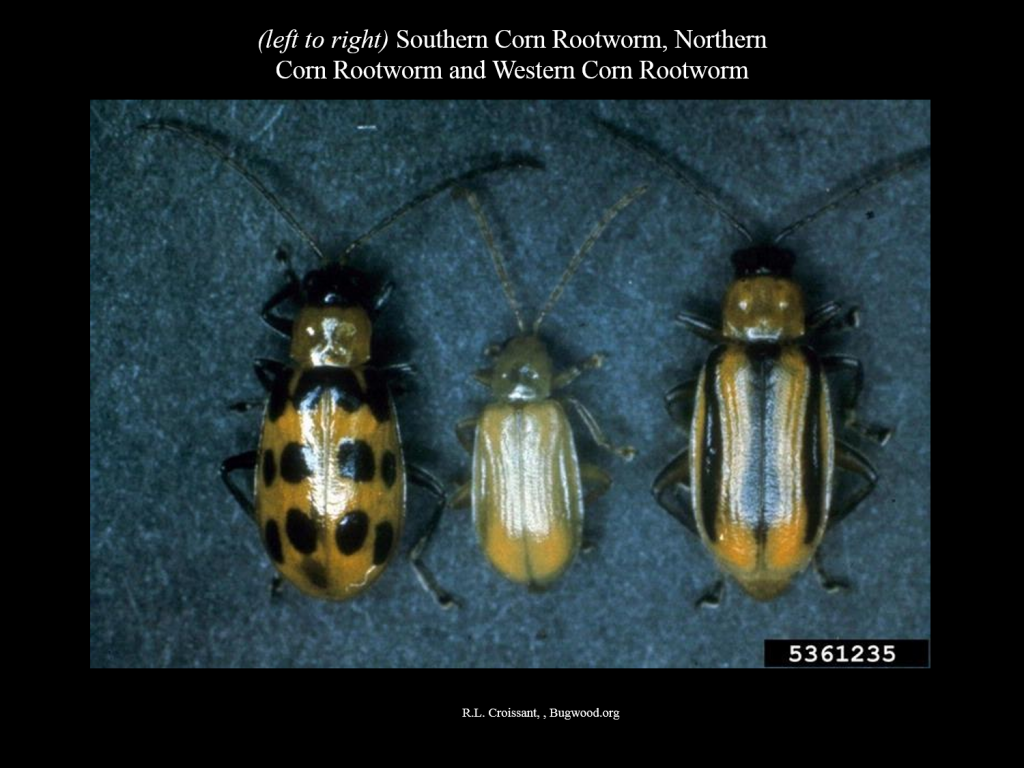 Southern corn rootworm is one member of a complex of soil dwelling insects that attack germinating seed and seedlings (along with wireworms and seed corn maggot). Populations may be reduced by early burn-down of weeds (e.g. 3 to 4 weeks in advance of planting). An at-planting soil insecticide may be used in situations where conditions (especially no-tillage into heavy vegetation) or field history indicates a high probability for this pest. Some Bt proteins effectively control this insect. 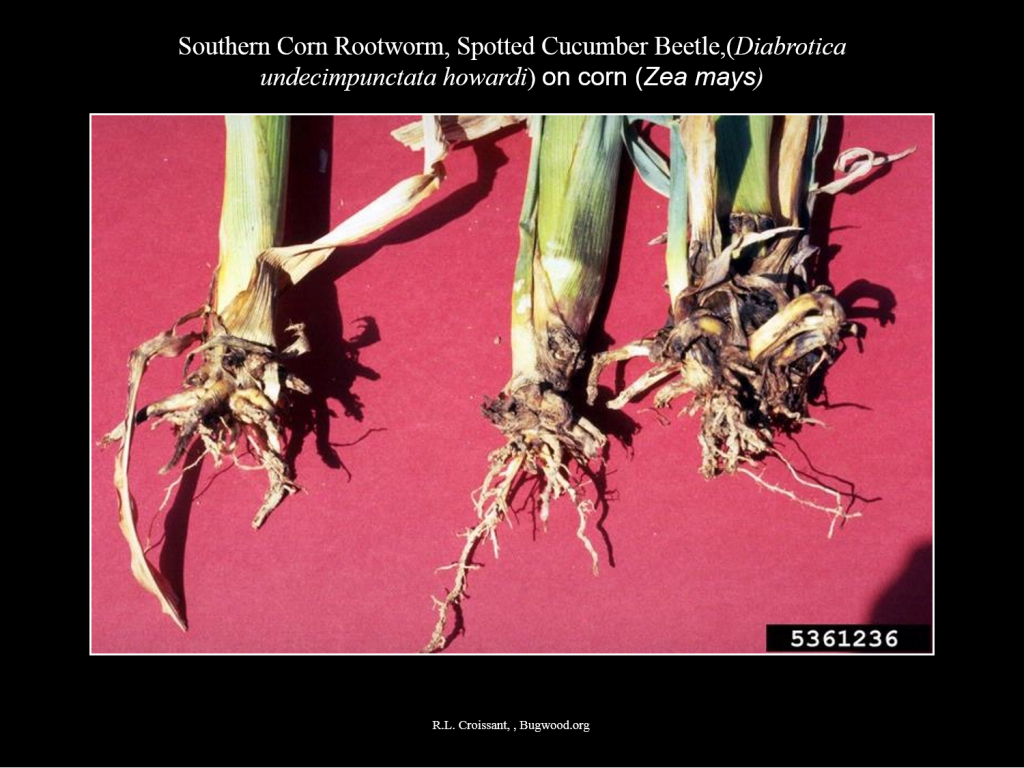