Find this article at:
go.ncsu.edu/readext?258784
— Written By Matt Bertone

*The issue of dangerous spiders is a sensitive one that elicits many emotions. In order to better understand the situation please read the entire article in full and follow the links for more information. 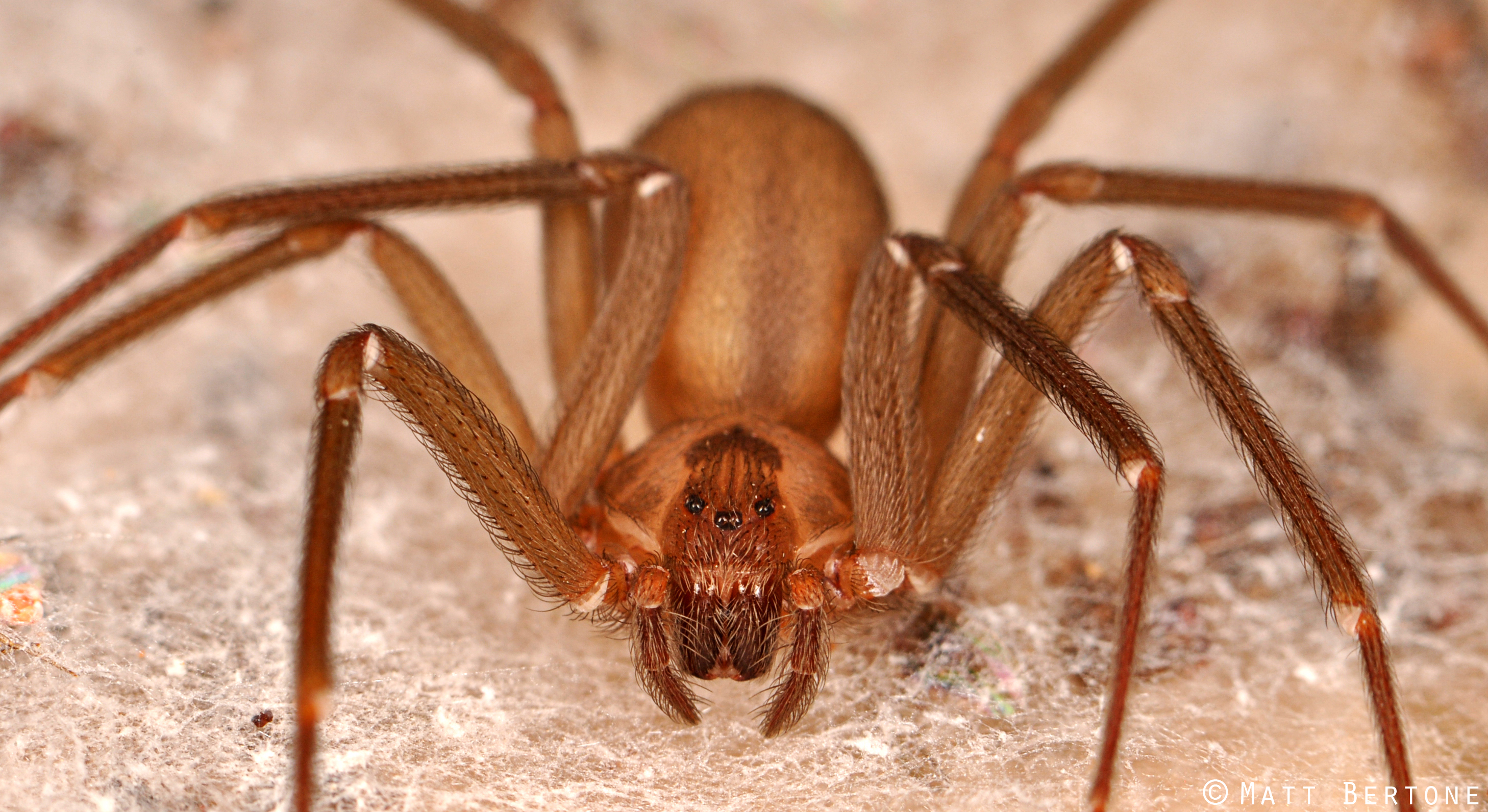 The brown recluse (Loxosceles reclusa) is one of the most feared spiders in the world. It’s venom is strong and can sometimes lead to skin lesions and systemic issues that have the potential to result in death. Although brown and other recluse spiders (Loxosceles sp.) are not native to most of North Carolina – distribution maps often include only the western most tip – they sometimes turn up in human structures across the state. In these homes, buildings, barns or other structures they may reproduce and persist for many years, building up a good number of spiders. Recluses do not, however, travel between indoor habitats without human intervention – thus they are not common throughout the state even after being present for many decades.

Spider bites are very rare, and recluse spiders are not aggressive (thus their reclusive nature). However, sometimes humans come into contact with these arachnids and bites occur because the spider feels its life is threatened. The results of such bites were documented in our recent publication on the first two reported cases of systemic loxoscelism (i.e. envenomation by Loxosceles spiders) in North Carolina [Clinical Pediatrics, Early Edition, December 2013]. Both cases were in children (ages 9 & 12). One awoke from sleep to a painful lesion on the upper arm and a dead spider on the pillow. The spider was identified as a male brown recluse, and the symptoms and treatment followed typical loxoscelism. The second child did not have a spider present at the time of symptoms, but followed a similar path as the other case; a follow up in the home revealed several dead female recluse spiders. This strongly suggests that the patient had also been bitten by one of these rare spiders. Both cases were extremely serious, almost resulting in death. Thus the paper was initiated because the attending physicians felt that, had they known the possibility and progression of recluse bites (and having not been trained due to the rarity outside of the spider’s range), they may have been better prepared to minimize the resulting issues.

All of this might cause citizens to lose sleep or use heavy amounts of pesticides in homes, but those who live in North Carolina (or any other state outside the spider’s range) are likely to never encounter a recluse spider in their lifetime. Again and again, states outside of the natural range of recluse spiders report many more cases of supposed “spider bites” than actual specimens have ever been found. On a personal note, until I was guided to homes that have known populations I had never seen a recluse spider in over a decade of being an entomologist in the state. Even a survey of the arthropods in 50 Raleigh (NC) homes failed to turn up a single recluse or evidence thereof (unpublished data).

Furthermore, even when there are many thousands of these spiders in a home in their native range, very few (if any) bites occur. In addition, when bites occur they often do not cause serious conditions. So what is really biting people? “Spider bites” almost always turn out to be some other affliction, from flesh-eating bacteria (particularly MRSA) to herpes.

So what’s the take home message? Recluse spiders have been known to inhabit a handful of NC homes and other buildings, but there is almost no chance that they will be in yours. Doctors should be aware of the rarity of spider bites, but be prepared to rule out all other conditions and pay close attention to the symptoms described in the paper above. Also, suspect spiders should always be collected (if possible) for positive identification, preferrably into a container of rubbing alcohol. If you think you may have recluse spiders in your home (which you should easily know by their numbers): 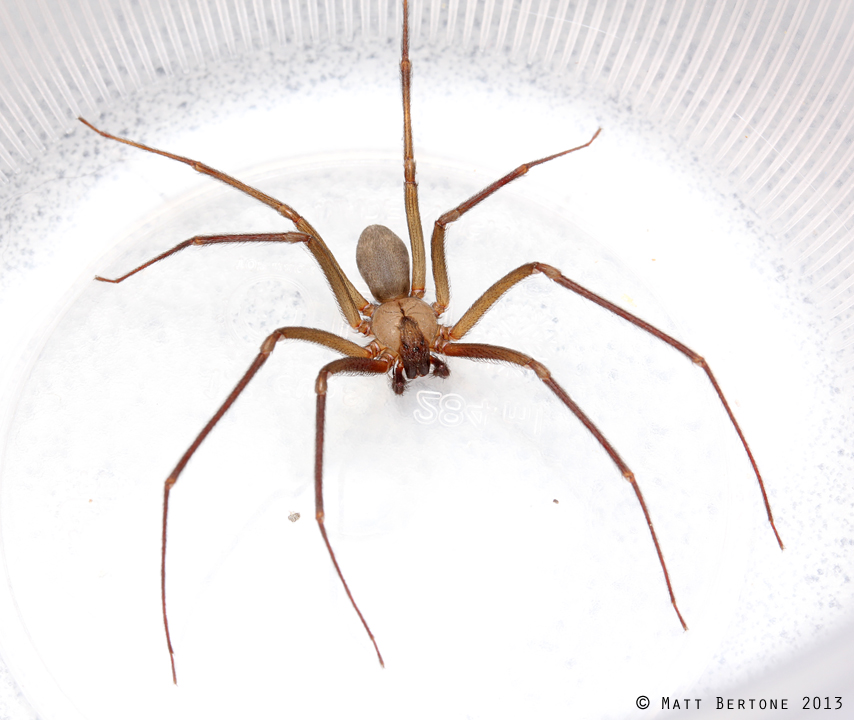 If you have confirmed the presence of recluse spiders: 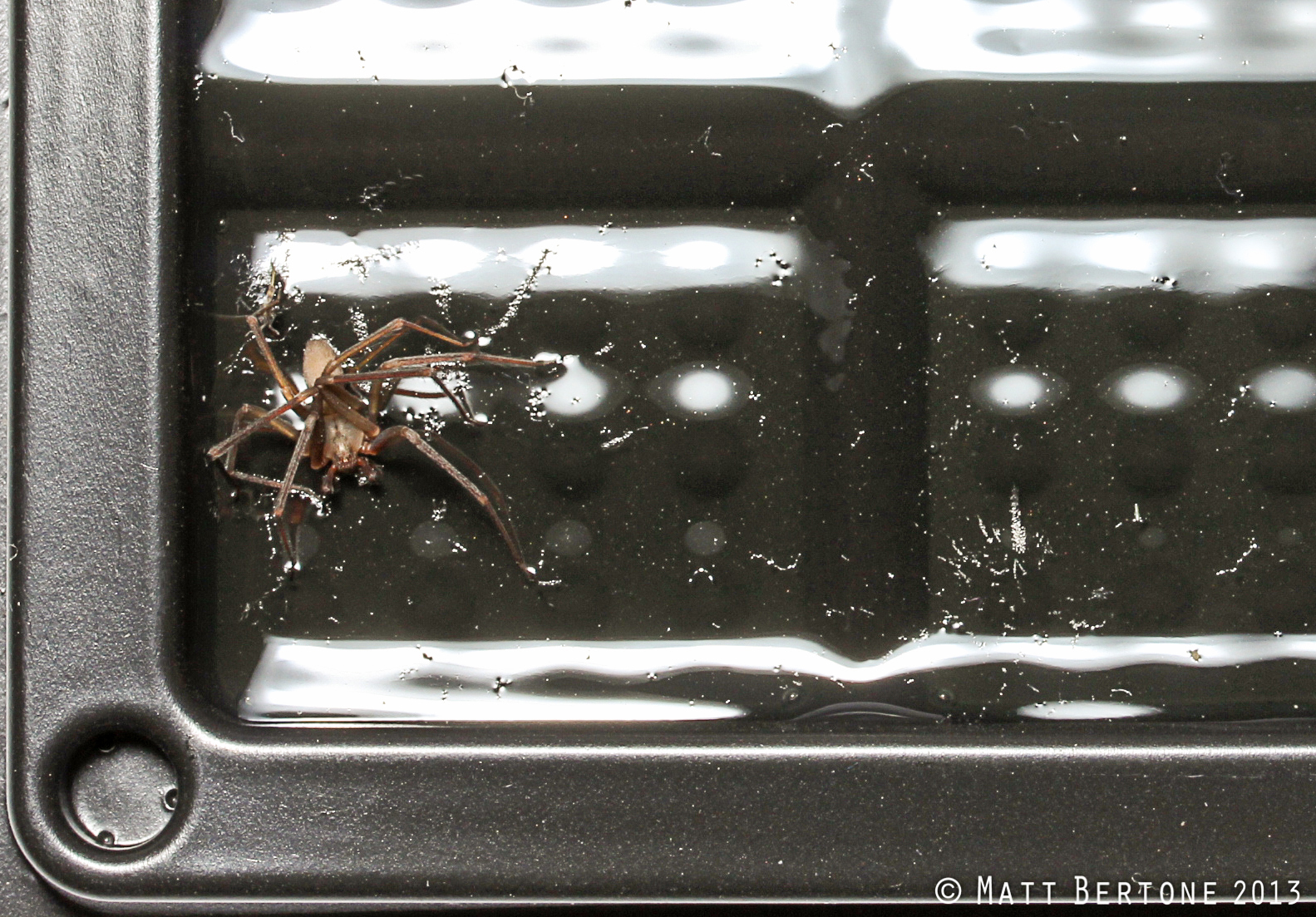 Again, it must be reiterated that those living in NC will likely never see a recluse spider and the two envenomation cases that happened this year are probably due to chance rather than a growing prevalence of these medically important spiders. Spiders in general should be respected instead of feared – they do much more good for us than they do harm.