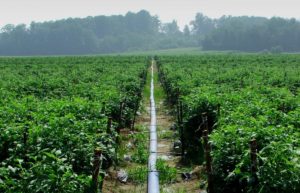 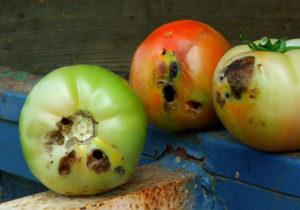 Pesticides are a key component of commercial vegetable production in the United States, especially in fresh market production where the tolerance for damaged and unmarketable fruit is very low. The traditional method for applying insecticides to manage insect pests is foliar spraying using high pressure boom sprayers. Chemigation is the application of agrochemicals (pesticides and fertilizers) to crops through drip irrigation systems.

Despite the overall success of foliar applications for managing insect pests, there are several drawbacks including risks to human and environmental health. Drift associated with spraying pesticides is also a common source of conflict in regions where urban and agricultural areas interface. These problems can be reduced or eliminated by switching to drip chemigation. The purpose of this publication is to inform growers of chemigation, highlight some of its important benefits (including efficacy, production costs, and farmworker, consumer, and environmental health), and demonstrate how to use a chemigation system on your farm.

Advantages and Disadvantages to Using Chemigation 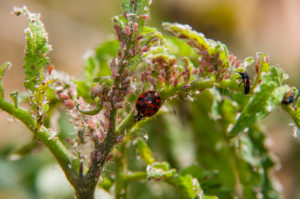 Insecticide Fate: Systemic insecticides applied through drip irrigation are delivered directly to the root zone of plants, where they are taken up by the roots and translocated to various tissues. Since insecticide residues are in the plant’s vascular system, as opposed to on plant surfaces with foliar sprays, the insects affected are those that feed directly on the plant itself. It is therefore considered safer to non-target organisms present in agricultural fields, such as natural predators of plant pests. These differences in how insecticides are applied and where they end up in the plant and surrounding environment are the basis for chemigation’s benefits to farmworkers, consumers, and environmental health. 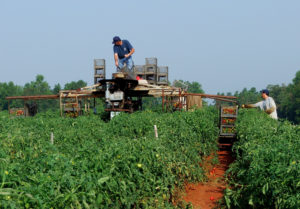 Insecticide Choice: Insecticides used in chemigation must have systemic activity so that they can be absorbed by root systems and moved throughout the plant. These insecticides tend to be more selective to targeted insect pests (with less toxicity to non-target insects and humans) compared to non-systemic insecticides that rely largely on contact activity. Insecticide classes used in chemigation include neonicotinoids, diamides, and oxadiazines (indoxacarb). Insecticide classes that cannot be used (with some exceptions) include many of the older broad-spectrum carbamates, pyrethroids, and organophosphates. The benefits of chemigation discussed here include insecticides applied through drip irrigation and not through overhead sprinkler irrigation, which can still result in several of the drawbacks common to foliar applications.

How to Use & Safety 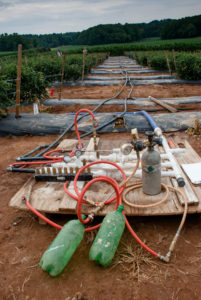 Vegetable crops already grown on plastic mulch with drip irrigation can be easily adapted to utilize chemigation. This is especially true for growers injecting fertilizers through drip irrigation (drip fertigation), because the same equipment and concepts are used. However, the regulations required for chemigation of pesticides versus fertilizers is more stringent to avoid contamination of water resources. The most important requirement for injecting pesticides into drip irrigation systems is for a double check valve system between the point of pesticide injection and the water resource. These water sources include private ponds, public water systems, streams, lakes, and canals. The figure below illustrates the requirements for safely using chemigation. For more information refer to the N.C. Department of Agriculture and Consumer Services’ publication on chemigation and fertigation:

To ensure the efficacy and even distribution to the crop, the insecticide should be injected at a point in the water flow to ensure thorough mixing with the irrigation water and effective delivery, while also occurring continuously and uniformly during the irrigation cycle. Depending on the insecticide being used, the timing of injection will vary. Generally, those pesticides with lower water solubility (e.g., diamides as well as imidacloprid) should be injected toward the beginning of the irrigation cycle to effectively push the compound into the root zone. Pesticides with higher water solubility (e.g., thiamethoxam and dinotefuran) should be injected more toward the middle of the irrigation cycle, as injecting it earlier may increase the risk of leaching it out of the root zone (Ghidiu et al. 2012). Following injection, the irrigation system should be run for enough time to ensure that all insecticides are flushed from the drip line. Ideally, the time period during which injection occurs should be equal to the length of time it takes water to travel from the point of injection to the farthest drip emitter in the field. 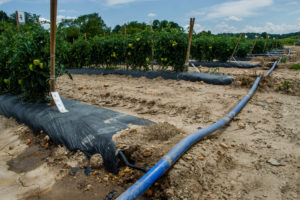 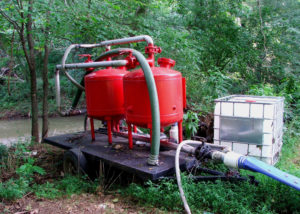 Fig. 11. A media filtration system is used to remove debris from the water source. Pesticide injection must be on the outlet side of all media filters to prevent contamination of filter media. (Photo: Steve Schoof)

The many benefits of chemigation for managing insect pests in vegetables outweigh the drawbacks and initial investment expenditures to make it a reliable and cost-effective pest management option. More insecticide options will become available, and costs will decrease as patents expire for a number of diamides and other systemic insecticides. Chemigation offers growers the potential to manage insect pests of fruiting vegetables and other crops with improved pest control, cost savings, and protection of consumers, farmworkers, and the environment. 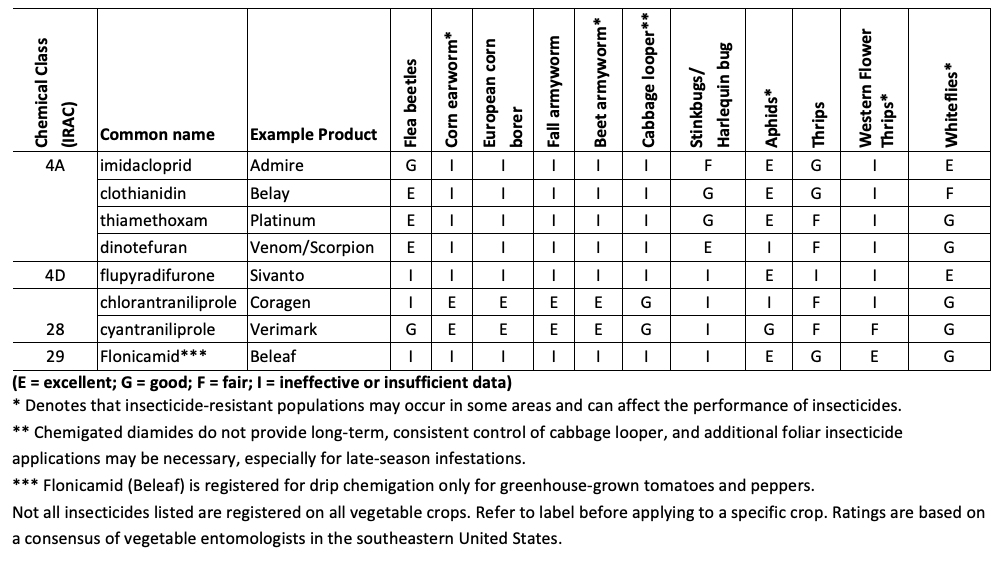 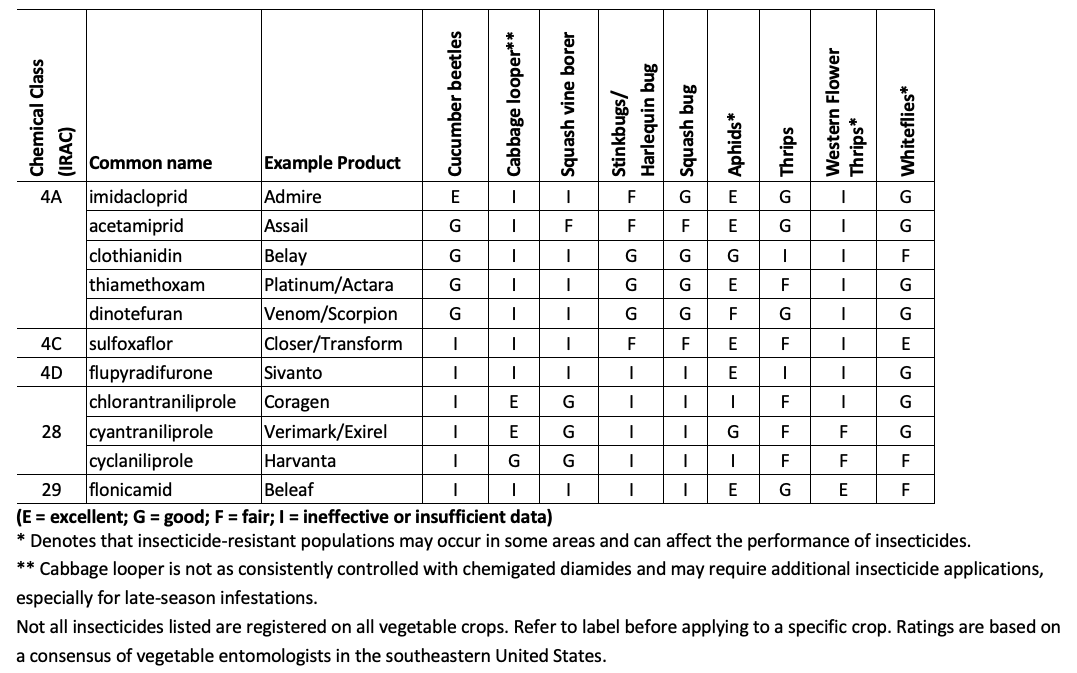 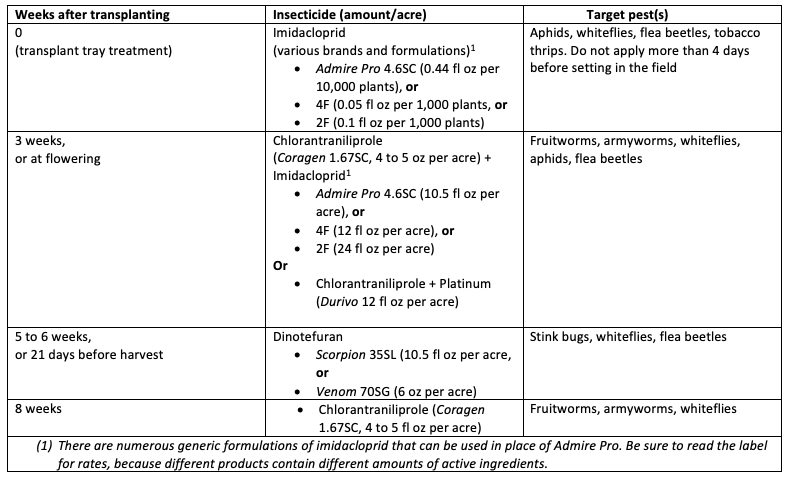