— Written By Grant Palmer and last updated by Hannah Burrack

In order to help growers and other interested parties track spotted wing drosophila (SWD) activity and aid management decisions, we have established adult trapping sites around North Carolina in blueberry and blackberry fields. At each site, we have placed a total of 8 traps, 4 baited with our standard yeast sugar water bait (YSW, described in detail here) and 4 baited with a commercially available lure manufactured by Scentry. We are comparing the efficacy of these two attractants across all our monitoring sites. YSW baits are easily made at home at low cost but must be changed weekly and are difficult to see flies floating in. Alternatively, the Scentry lures last up to a month under North Carolina conditions and employ a clear drowning solution that is easier to see flies in, but they are more expensive than YSW baits.

Each week we visit field sites and collect trap contents. We then bring them back to the lab for processing and count all male and female SWD under a microscope. In this post, we’re sharing data from our first month of trap captures. Our weekly posts to follow will update these data as the season progresses. 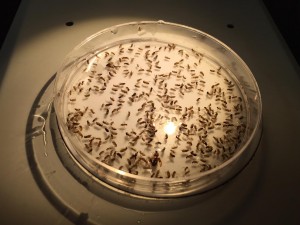 Contents of traps are placed in petri dishes and counted using a microscope. Photo: Grant Palmer

Sites are named by the North Carolina county they are located in followed a number indicating the number of sites within each county. Some counties have only site while others may have up to four. 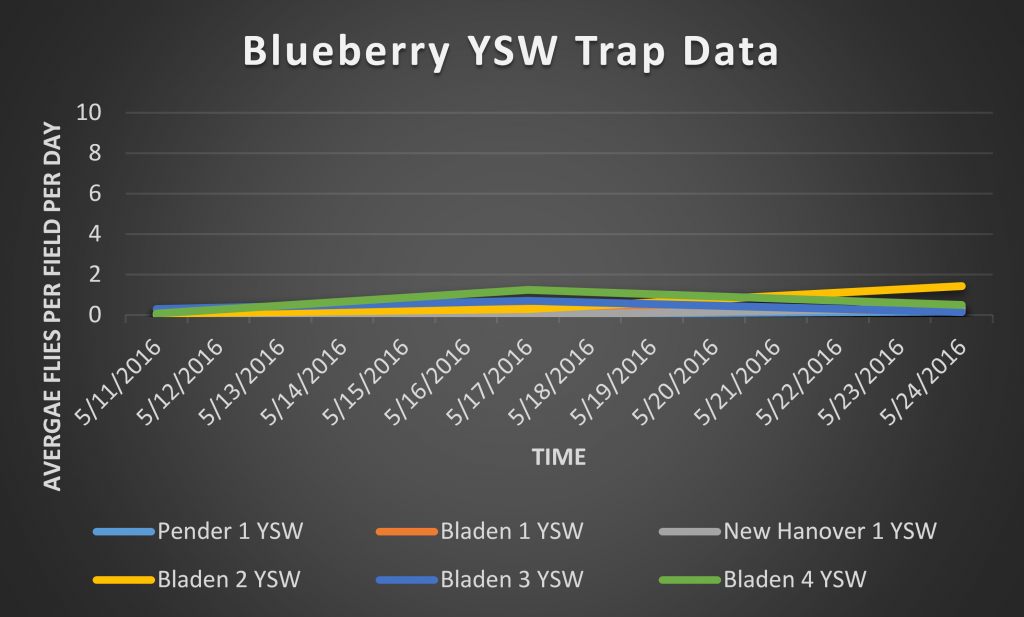 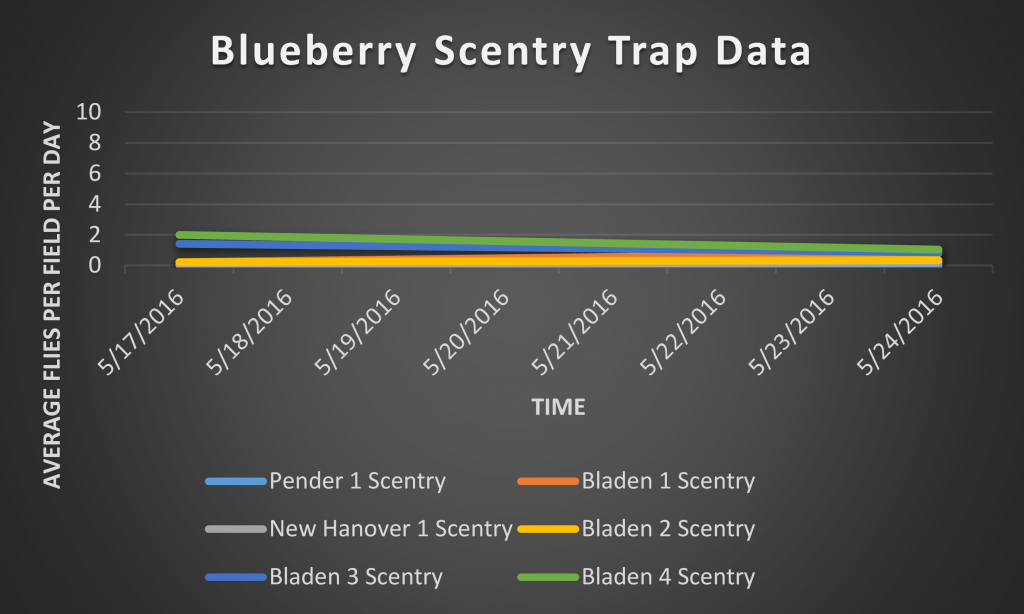 We are monitoring a total of five blackberry fields, and first checked traps on May 17, 2016. 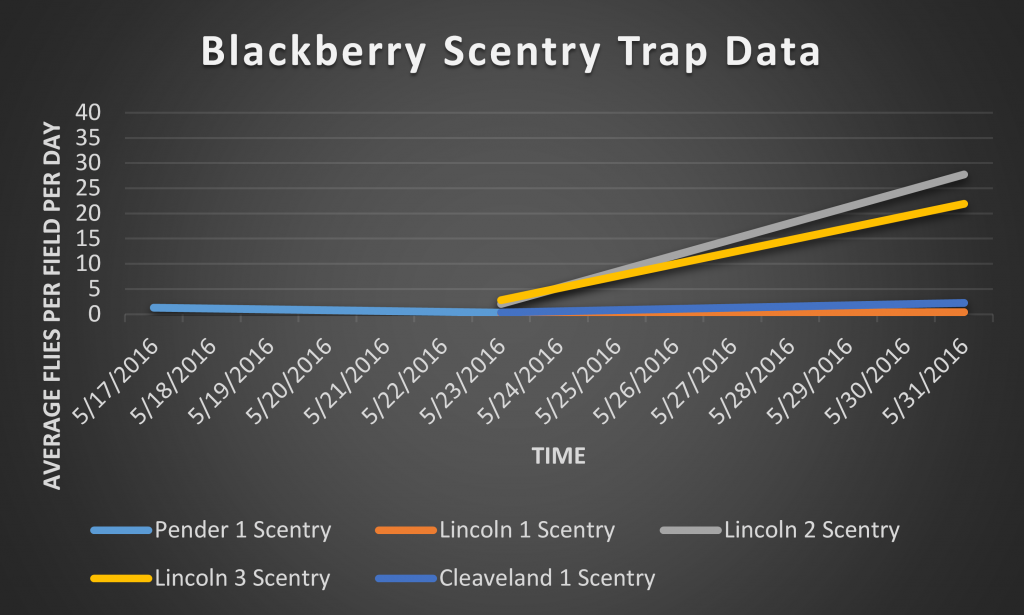 YSW traps from blackberries are still being counted, and data will be posted as they become available.