Find this article at:
go.ncsu.edu/readext?420148
— Written By Grant Palmer and last updated by Hannah Burrack

We have now processed blueberry traps through the week of July 12 and blackberry traps through July 6. Spotted wing drosophila (SWD) trap captures remain higher in blackberry fields. Blackberry plants grow thick and tall, resulting in the formation of a cooler, shaded region within the plant. This area can allow SWD shelter during the heat of the day. SWD management also presents problems for growers who wish to preserve beneficial insects in their fields. Swallowtail butterflies, for example, are common in at our blackberry sites. 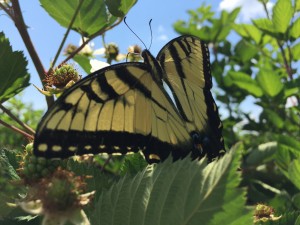 Swallowtail butterflies are not pests and can be seen flitting through the fields visiting blooms. Photo: Grant Palmer 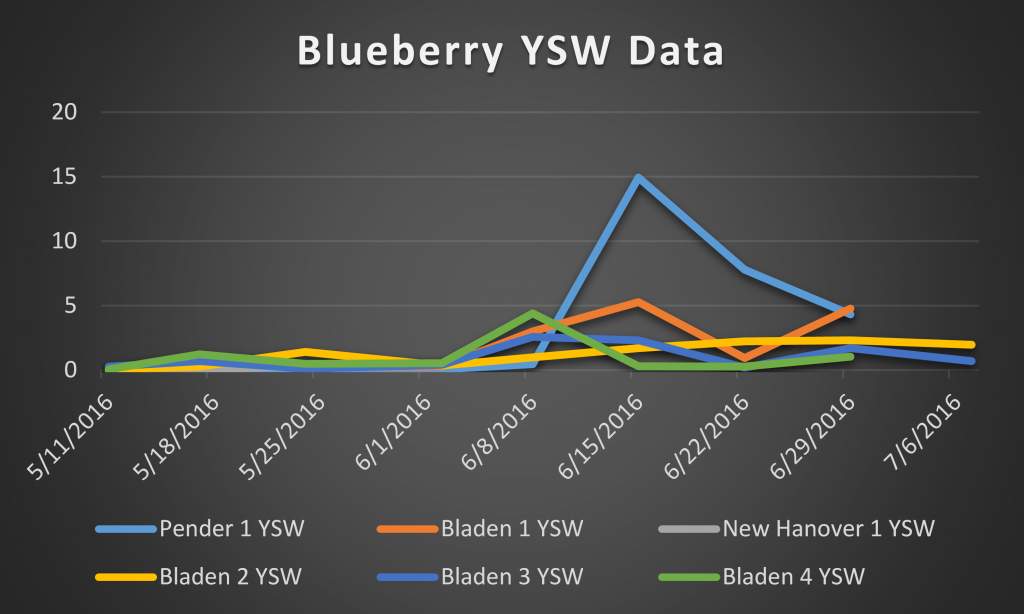 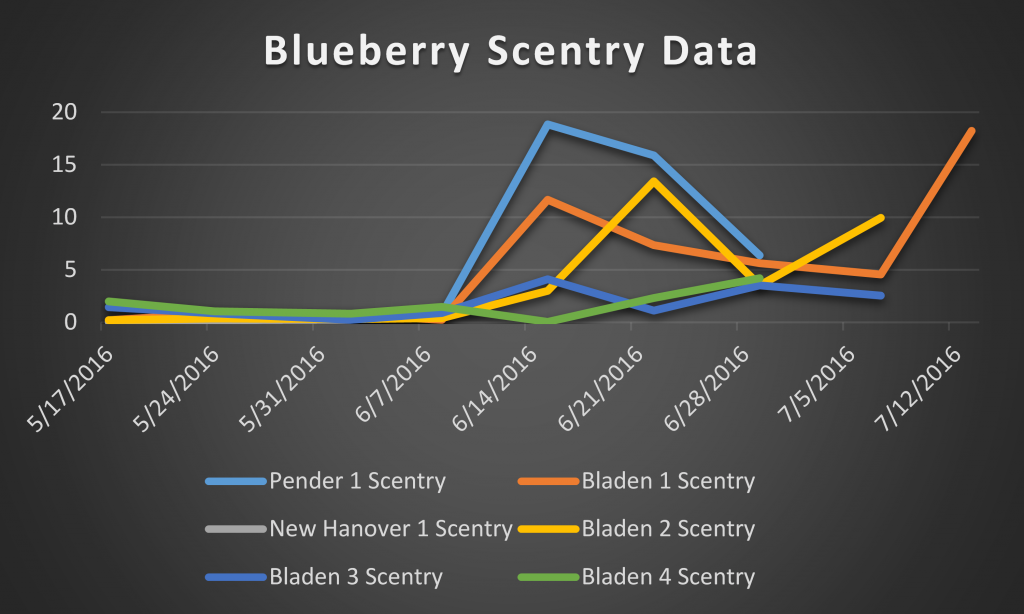 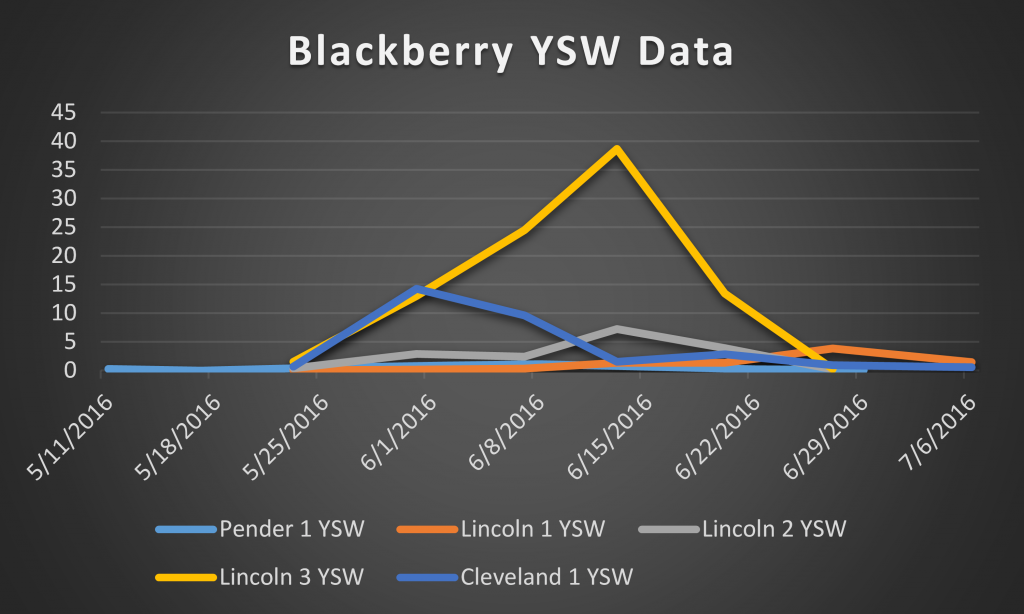 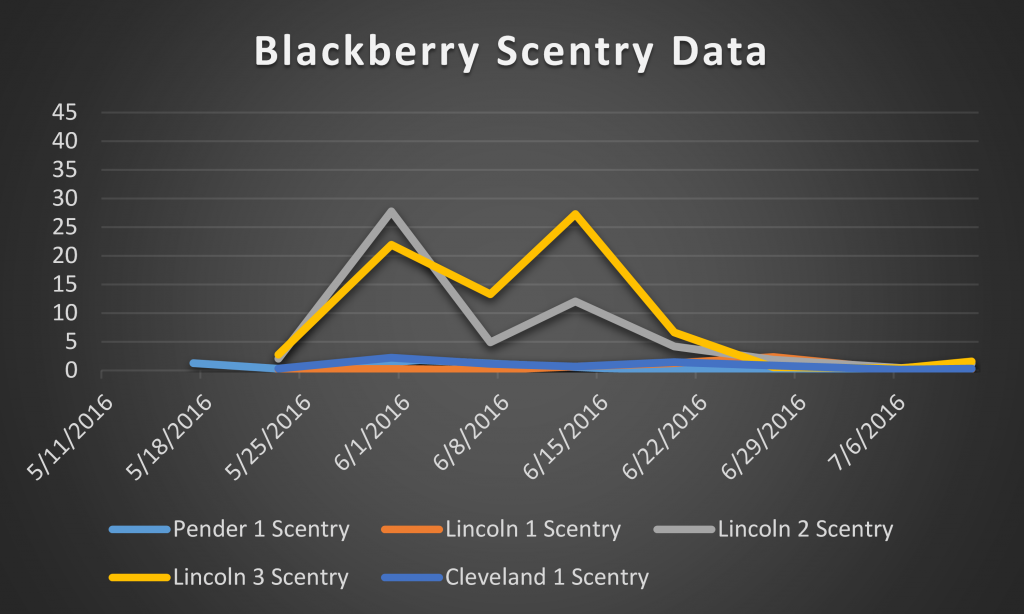 The last week of blueberry monitoring was completed on 7/13/2016. The spike in Bladen 1 trap captures was likely a result of reduced availability of suitable fruit for SWD due to over-ripening.

Blackberries will continue to be monitored until later in the season.