— Written By Lauren Diepenbrock and last updated by Jeremy Slone

A few weeks ago while harvesting blackberries at the Piedmont Research Station, I came across a rare but incredible find- a fly that had been infected with Cordyceps. This naturally-occurring fungus infects an arthropod host, takes control of the body as it matures, turning it into a zombie of sorts, and eventually erupts from the host to expose intricate structures that are filled with spores ready to infect new arthropod hosts (visual on infection in an ant host here). Nature lovers might be familiar with the incredible BBC footage of this fungus from the Planet Earth series but likely will never encounter it in person. Because this was such a neat find, I wanted to share images of the infected fly (courtesy of Dr. Matt Bertone from the PDIC) and some information about this fungus. 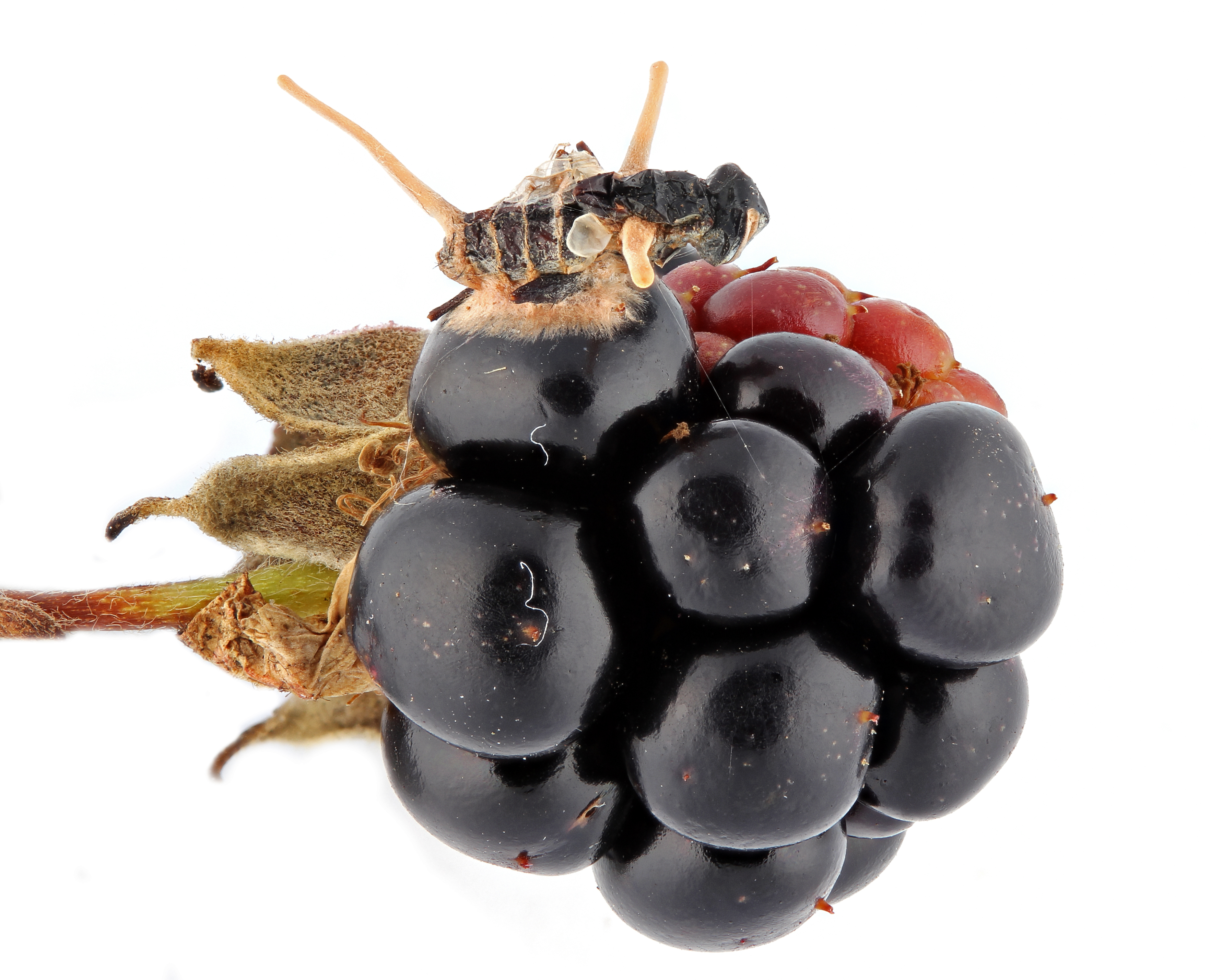 Infected fly collected from Piedmont Research Station. The three projections from the fly’s body are fruiting bodies of the parasitic fungus, Cordyceps, which also has extended hyphae to attach the fly body to the blackberry fruit. Photo by Matt Bertone.

Cordyceps is a genus of fungus that is found all over the world and can infect a wide variety of arthropods (Shrestha and Sung 2005, Sung et al. 2007, Evans et al. 2011). Most images of the fruiting stage of this fungus are shown on infected “zombie ants”, but that is only one of at least 400 different species of this fungus (Sung et al. 2007). While we know that there is a large amount of diversity within this grouping of parasitic fungi, there is still a lot that is not understood about them, including the entire host range. Despite gaps in our current understanding of these fungi, they have become interwoven in pop culture in recent years and have a long history of use in traditional medicines.

In 2013, fascination with this fungus led to its inclusion in The Last of Us, a video game set in a post-apocalyptic future with cannibalistic creatures which are infected by a mutant strain of Cordyceps that is capable of infecting humans.

Cordyceps sinesis has been described to have medicinal uses in old Chinese and Tibetan medical books. This fungus develops in a caterpillar, the combination of which is found in high altitudes in the Indian state of Sikkim. It is thought to improve energy, appetite, stamina, libido, endurance, and sleep. Recent research has shown this traditional remedy to have medicinal potential, being shown to influence renal and hepatic functions in mice (reviewed in Panda and Swain 2011).