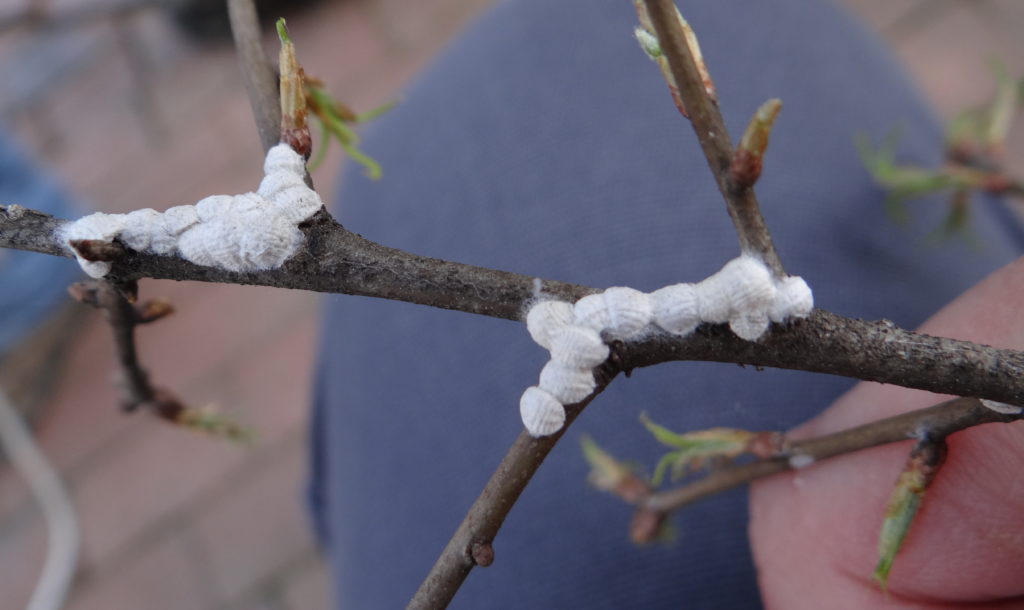 Oak eriococcin scales, Eriococcus quercus, are one of the earliest scale insects to produce eggs, and thus crawlers, in Raleigh. The females become felted and swell in early spring. Now they are full of eggs. When the crawlers hatch from the eggs is when horticultural oil applications would be most effective. Not much is known about other control tactics for this pest. Just be careful. An important scale predator looks very similar to felt scales and mealybugs. Larvae of scale-eating lady beetles in a couple related genera including Hyperaspis spp. are white and waxy. However, they move. Since scales don’t move these lady beetle larvae have to crawl around looking for food. Sometimes thousands of lady beetles hatch at once so please do not confuse them with scales.