Find this article at:
go.ncsu.edu/readext?601057
— Written By Rocio Davila and last updated by Hannah Burrack

This spring, the Specialty Crop IPM Lab is scouting vineyards in throughout North Carolina in order to track the seasonal biology and abundance of several key insect pests in both muscadine and vinifera grapes.

We are targeting three pest groups in our surveys. First, we are tracking potential disease vectors, including leaf hoppers and sharpshooters which transmit Pierce’s Disease and the three-cornered alfalfa hopper (Spissistilus festinus) which transmits Grapevine red blotch-associated virus (GRBaV).

Next, we are monitoring a direct fruit pest, the grape berry moth (Paralobesia viteana), which can cause direct economic losses. However, its presence in North Carolina has been seldom reported and poorly documented.

Finally, we will scout for an invasive pest, the spotted lanternfly (Lycorma delicatula). Spotted laternfly has not been detected in North Carolina but was found in Virginia during 2018; hence special attention will be placed in the vineyards close to the border with Virginia.

A total of eight vineyards have been identified for the purpose of this project, some with vinifera, some with muscadine, and with different agricultural and pest control approaches.

We will service traps on weekly basis and identify insects in the laboratory. Trap capture information will be posted here each week. We installed traps in the first five vineyards in April and will place the others during May.

We have placed three yellow sticky traps along the edge of fields and three traps approximately 8 rows into fields. Traps are hung 1.5 yards above the ground. We are also collecting insects weekly with a net along the edge of the row. 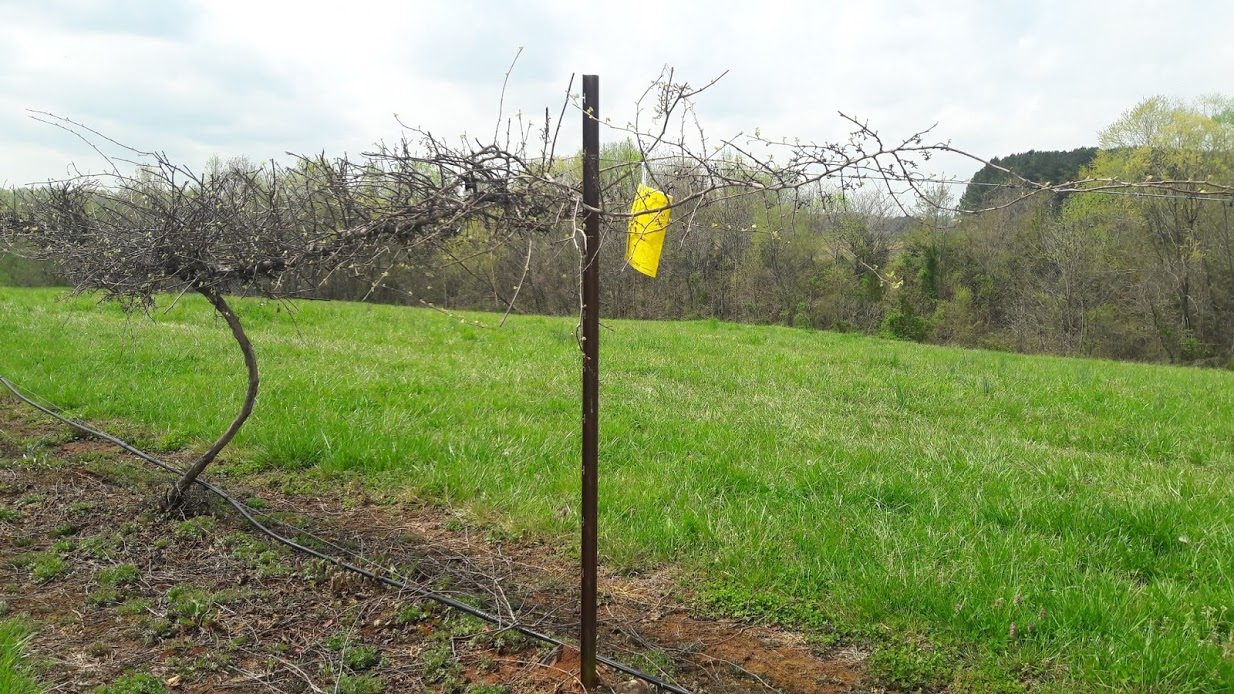 We placed six wing-style traps with a pheromone cap at approximately 1.5 yards high. Three of these traps are placed at the edge of the field and the rest at eight rows. 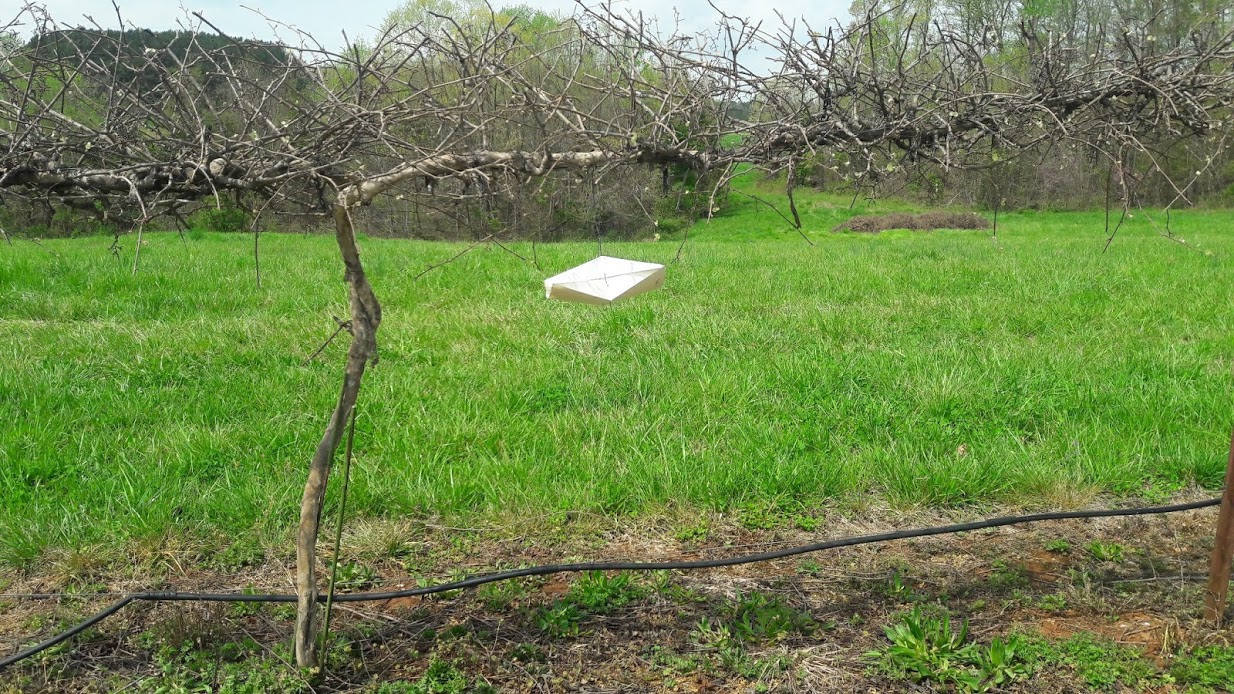 We will perform direct observations along two transects of 100 yards each. One transect at the edge of the field and the other eight rows from the edge will be scouted for eggs, nymphs, and adults.

Check back next week for our results to date.