Find this article at:
go.ncsu.edu/readext?600791
— Written By Steven Frank

In North Carolina, the most important cool season mites are the spruce spider mite (Oligonychus ununguis) and southern red mite (Oligonychus ilicis). These are among the earliest and most damaging pests in nurseries and landscapes. As their name implies, cool season mites are active in spring and fall when they suck fluid from cells on plant leaves and needles. In hot summer months, these mites are dormant. Today I found severe infestations of southern red mites on cherry laurels around campus. 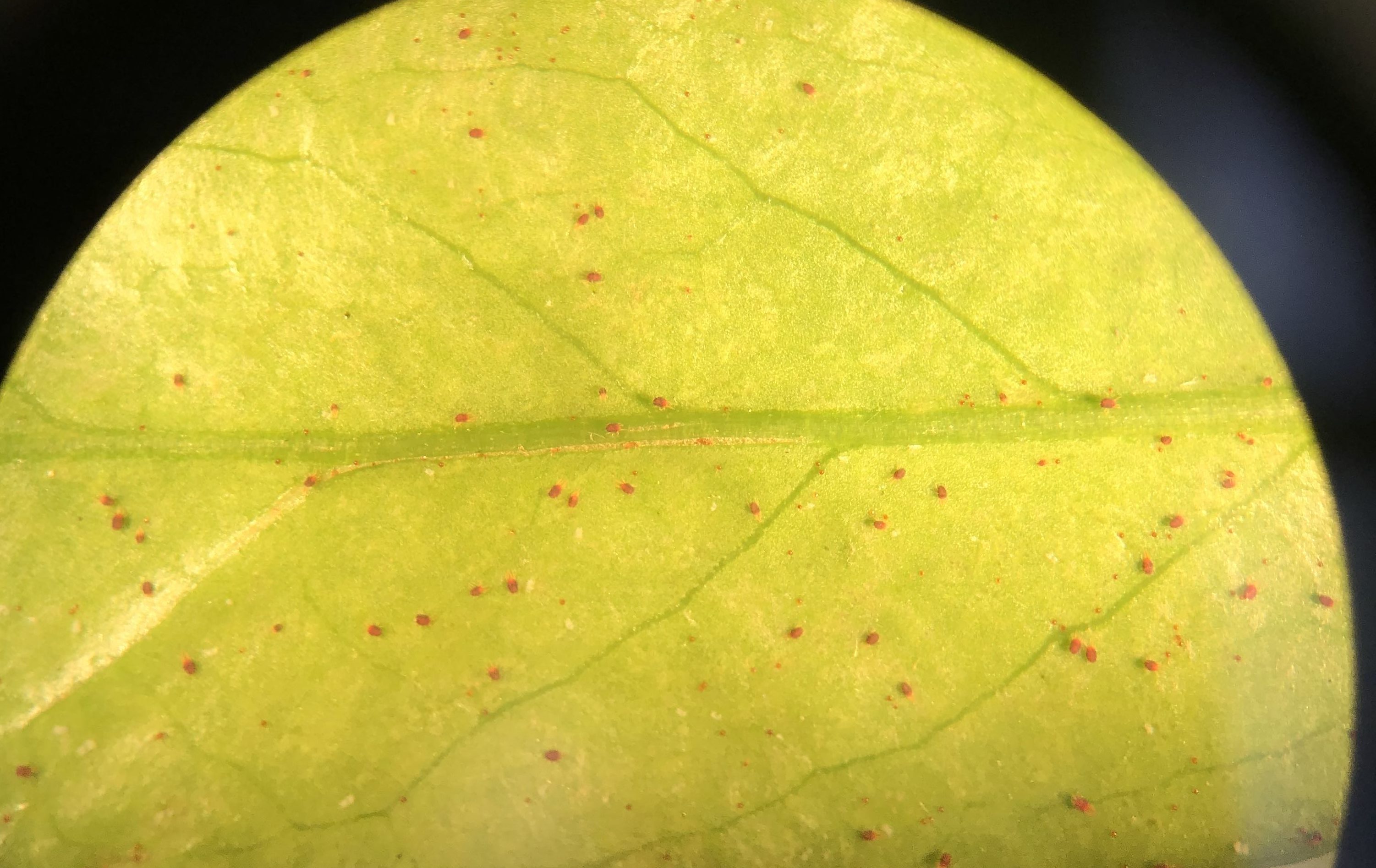 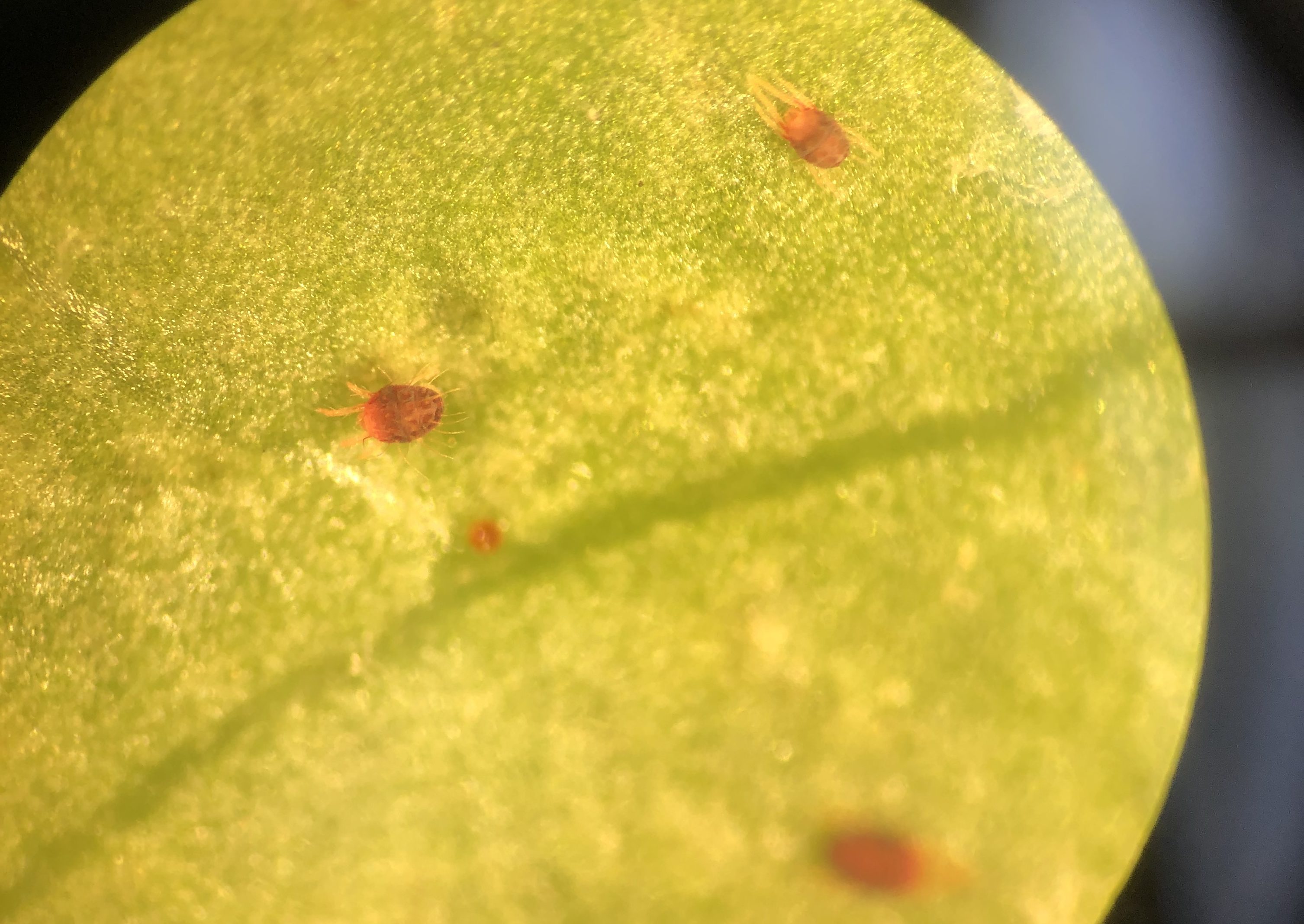 Scout plants that had mites or mite damage the previous year as they are likely to have them again because the mites have overwintered as eggs. Cool season mites reproduce very quickly so it is important to identify populations early before they reach eruptive levels and cause severe damage. Throughout spring you will find egg, juvenile, and adult mites due to their rapid, overlapping generations. In addition, you may find silk webbing and shed skins. On broadleaf evergreens, look on the underside of leaves for the southern red mite. Look for spruce spider mite on conifers by inspecting last year’s needles. 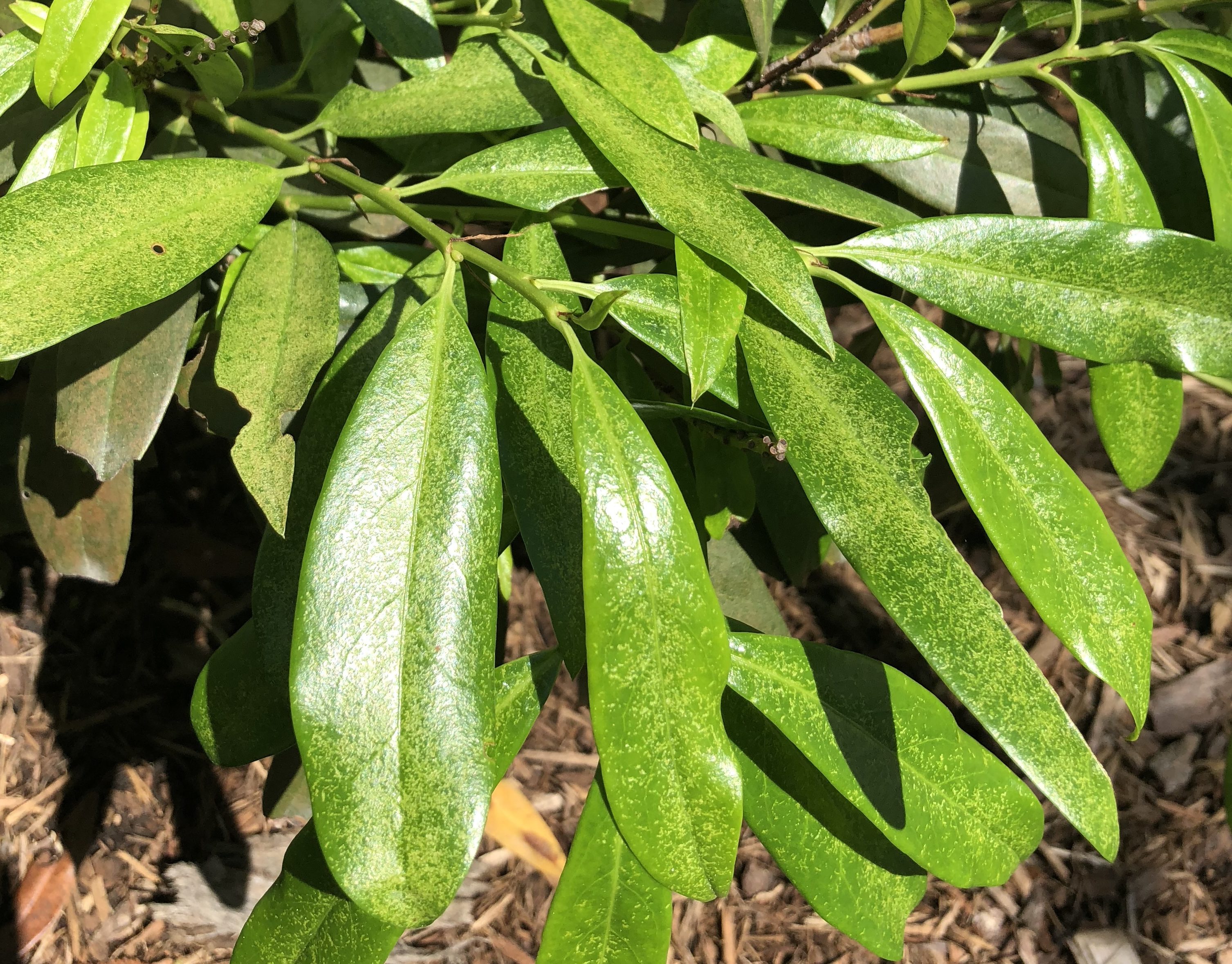 The most efficient method of scouting for cool season mites (and other mites) is to hold a piece of white paper or a paper plate below a branch and strike it with a pencil or stick to dislodge arthropods. Spider mites will appear as tiny moving specks about the size of the period at the end of this sentence. Read more about southern red mites and cool season mites.