Find this article at:
go.ncsu.edu/readext?690827
— Written By Steven Frank

Eastern tent caterpillars are common native insects that create silk webs or ‘tents’ in the branch crotches of some tree species. Their favorites are rosaceous species such as cherry and apple. I have gotten reports this week of tents which have become large and noticeable though the caterpillars become active much earlier in spring. 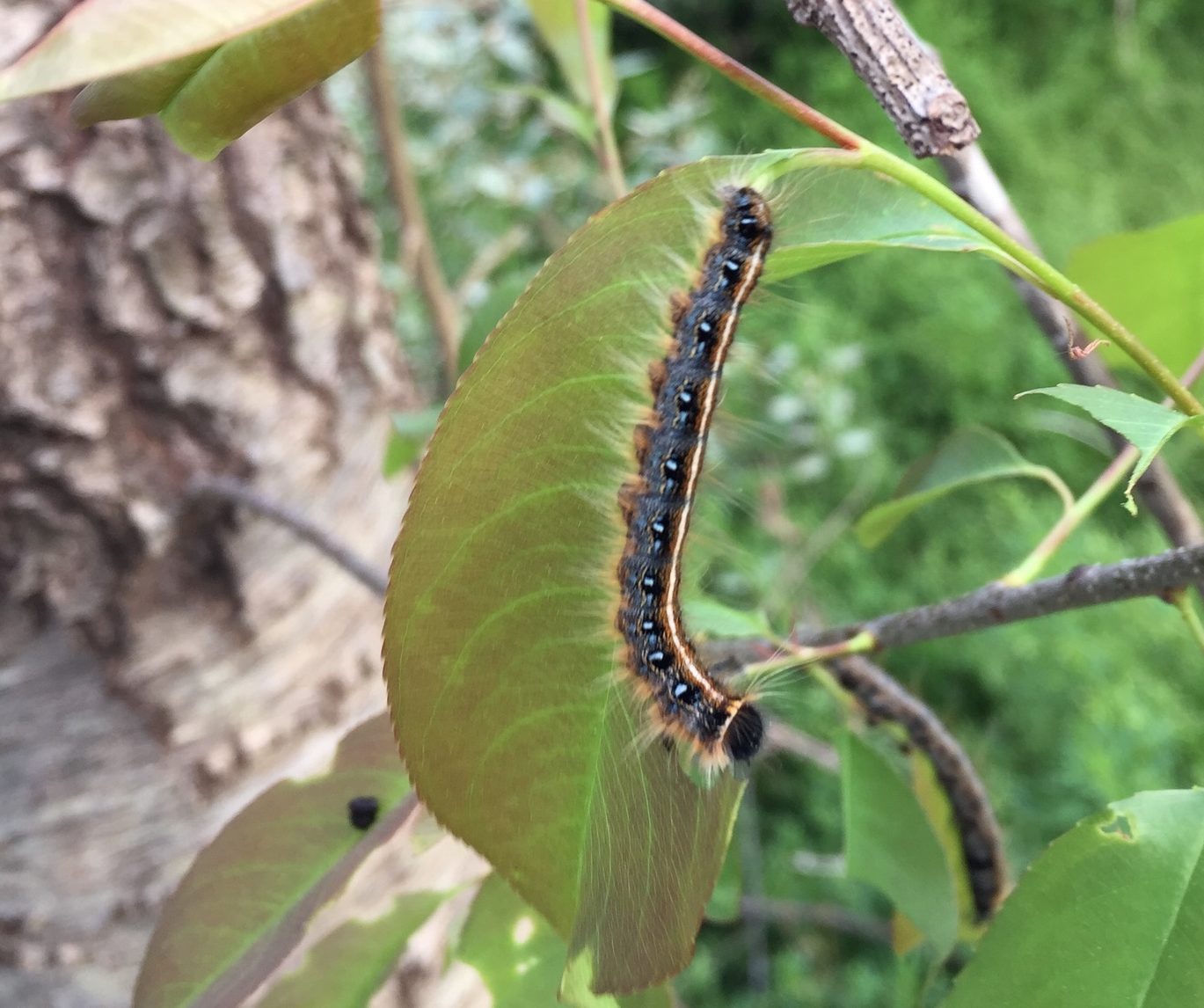 Eastern tent caterpillars have one generation per year. They overwinter as eggs glued to twigs of host trees. The egg cases look like gray foam wrapped around twigs. The eggs hatch in early spring usually around 50 growing degree days. In Raleigh this occurs in March. The caterpillars feed together and build nests in crotches of trees. This helps distinguish them from fall webworms which make tents later in the year and at the ends of branches. 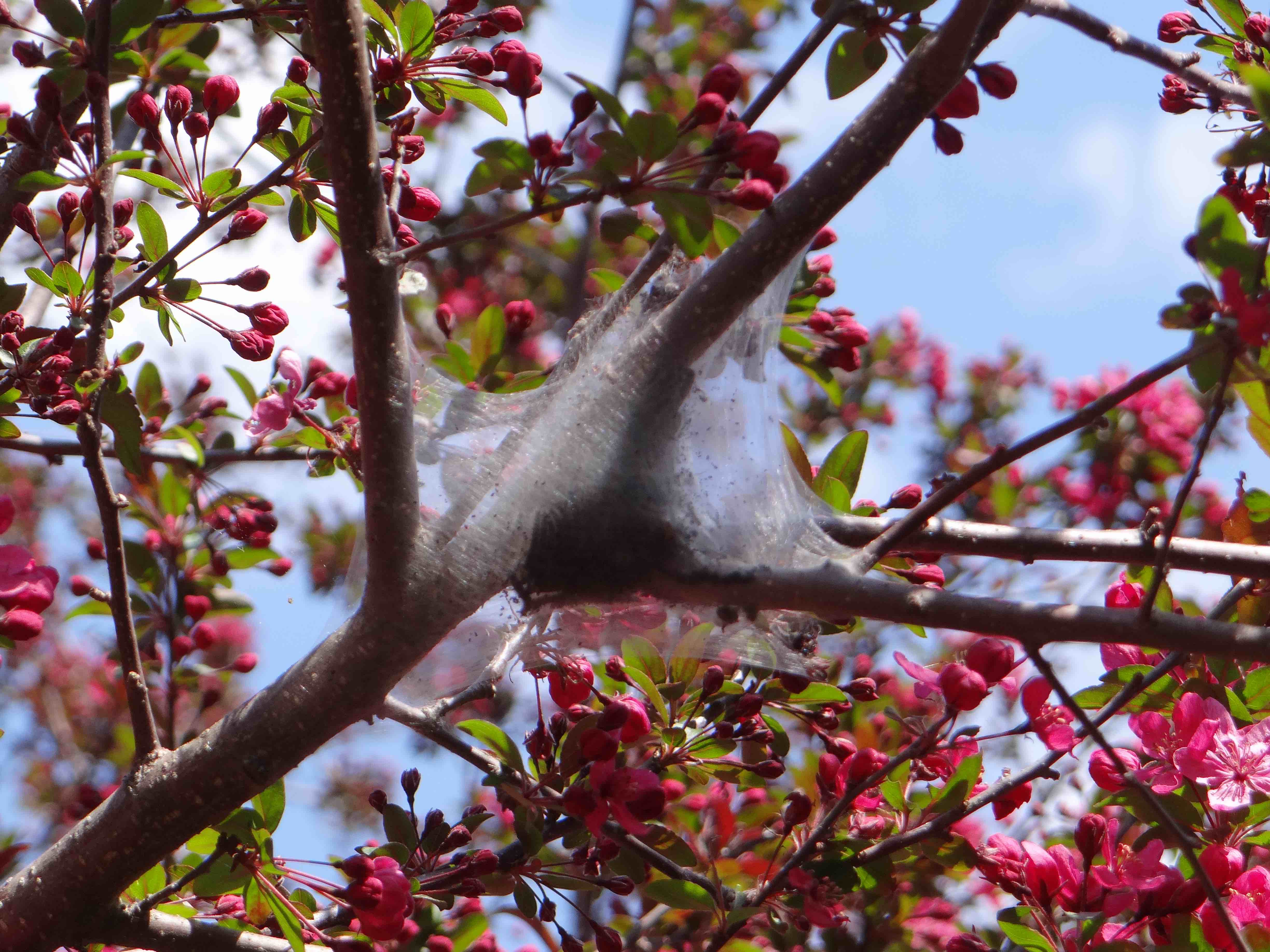 Eastern tent caterpillars often infest the same trees year after year. This is probably because they pupate in protected areas, like wood piles or under bark, near the tree where they hatched. They prefer cherry and apple trees so when the female moths emerge in early summer they find the same trees in which to lay eggs.

Eastern tent caterpillars can defoliate small trees or trees with multiple tents. Even so permanent damage to tree health is unlikely. The best management is to prune branches containing nests to remove the caterpillars. In some cases it is enough just to damage the tents with a pole so caterpillars fall to the ground and predators and parasitoids and birds can access the nests. Insecticides are not typically necessary and difficult to implement since the caterpillars spend much of their time in water-proof tents. They consume leaves though so insecticides that kill caterpillars via consumption can be used. Look for insecticides that kill caterpillars spinosad and others in the new Southeastern Pest Control Guide for Nursery and Landscape Plants could help.