The cherry fruitworm (Grapholita packardi Zeller) is widely distributed throughout the northern two-thirds of the united States where it feeds on a number of host plants including apple, cherry, blueberry, rose, and hawthorn (Chapman and Lienk 1971). This species is fairly common in North Carolina. Larvae of the cherry fruitworm are smooth caterpillars with brown heads, three pairs of thoracic legs, and several pairs of short, fleshy abdominal legs. They are pink to reddish in color. 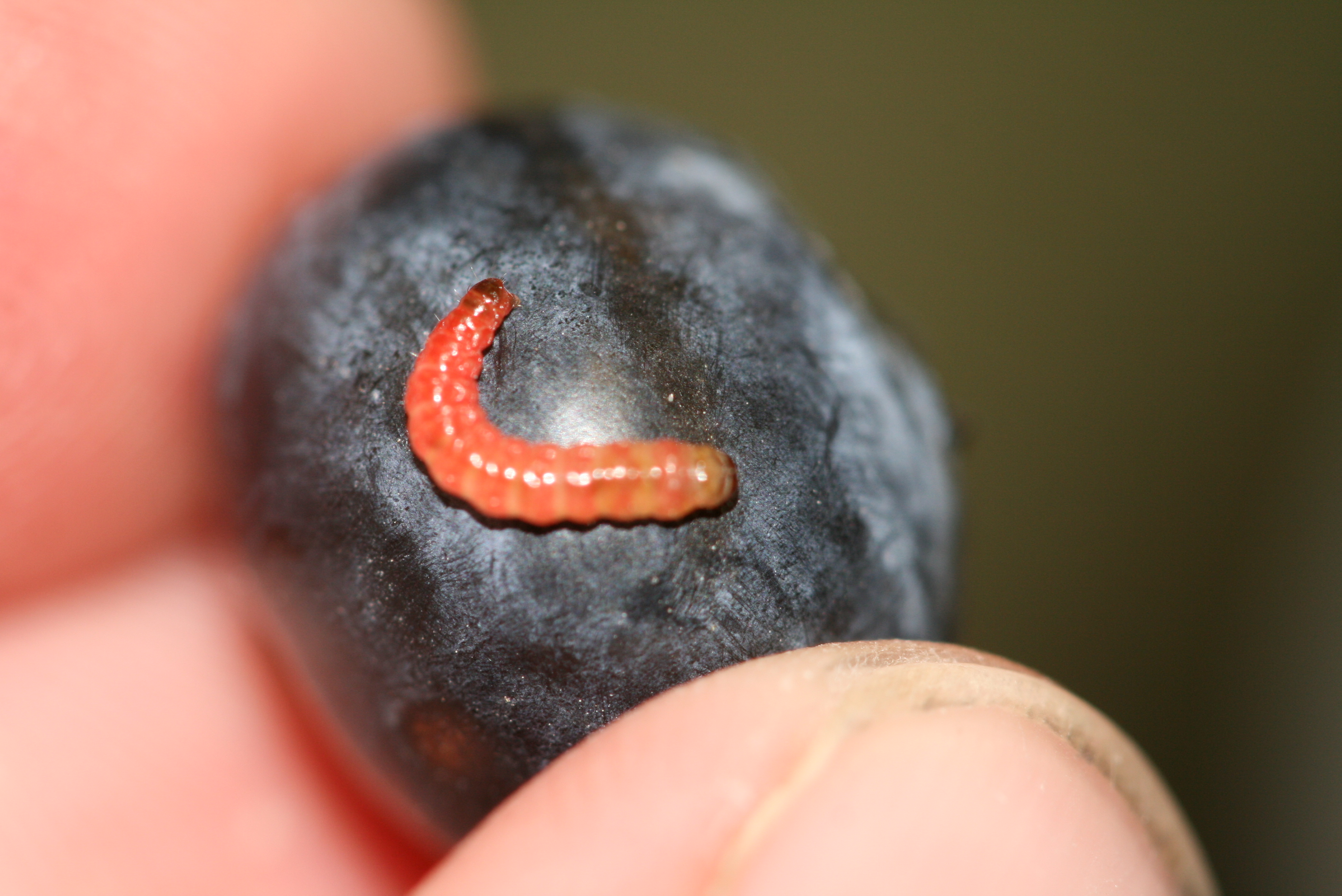 Larvae grow to about 9 mm (3/8 inch) in length. The adult stage is a small, dark gray moth with chocolate colored markings on the wings. These moths have a wingspan of 8-11 mm (3/8 to 1/2 inch), but they are seldom seen because they are active at night and hide under leaves during the day. In North Carolina, adults emerge during April and lay their eggs on both the fruit and foliage of blueberry plants.

Larvae bore into the first fruit encountered, often entering the calyx cup of the berry. When larvae are about one-half to three-quarters grown, they move to an adjacent berry in the cluster, boring from one fruit to another at the point of contact and lining the junction with silk. Some larvae attain their full size within the second fruit, while others may feed on additional berries. Upon completion of larval development, caterpillars leave the fruit and excavate small burrows in a dead blueberry cane, a pruning stub, or the stem of a dead weed nearby (Marucci 1966). Larvae remain inactive within these burrows for the remainder of the growing season and throughout the following winter. With the onset of mild temperatures in March and early April, larvae pupate within their burrows and emerge about two weeks later as adults.

Detection of infested fruit is difficult because there is little external evidence of the insect’s presence. Larvae remain well-concealed inside berries that have been tightly, but inconspicuously, silked together. Look for a pin-sized entry hole near the stem of any small berries that have begun to turn blue, and then open adjacent berries to find the reddish colored larva. A premature color change in the fruit is often the only visible sign of an infestation. 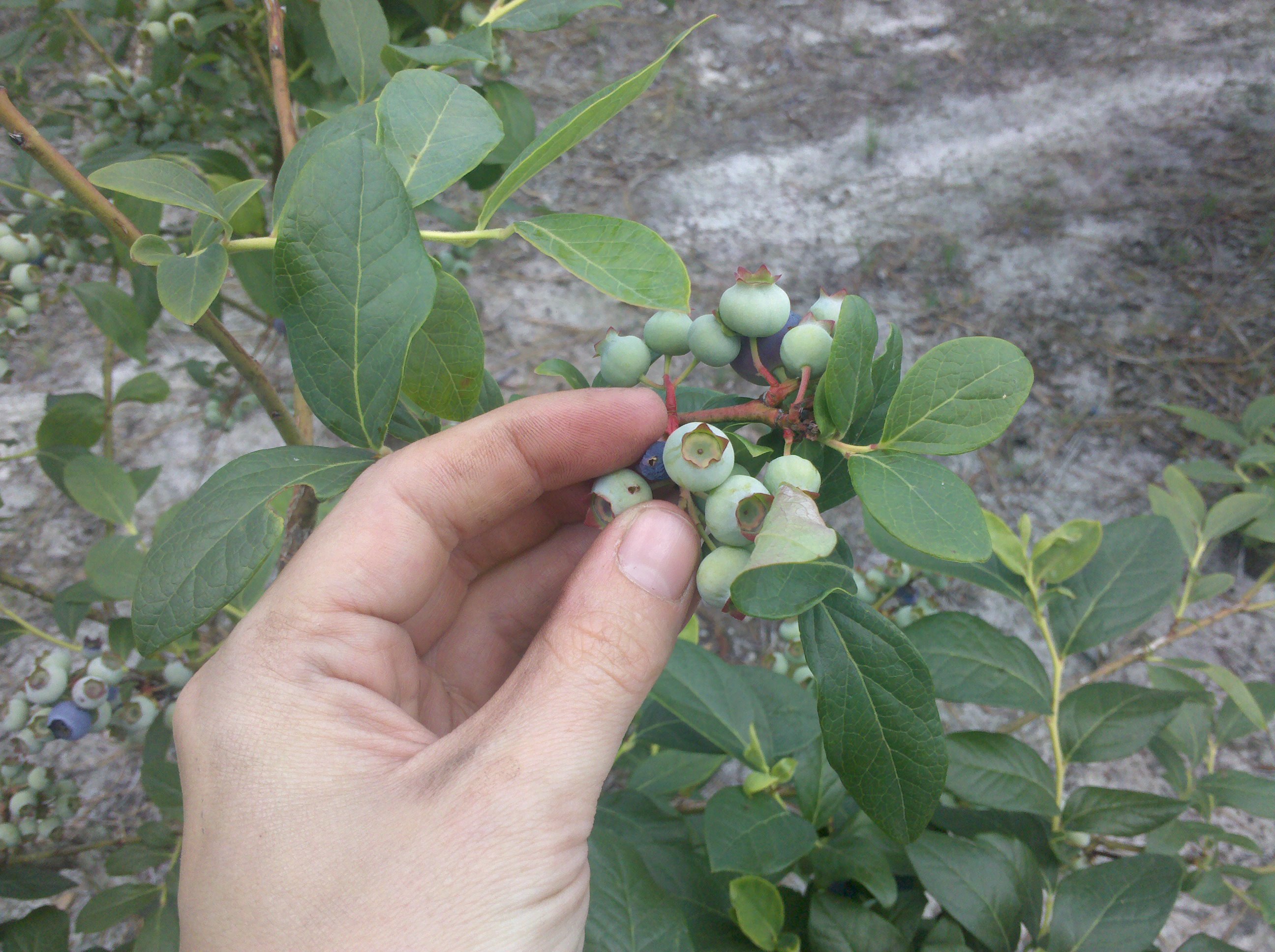 Adult moths can be collected at light traps or in jars baited with a mixture of lignin pitch and terpinyl acetate. Both of these methods are useful for monitoring population density, but neither can provide effective control.

A parasitic wasp (Ascogaster quadridentata) was found attacking cherry fruitworms in Colorado (Hoerner and List 1952), but there is no record of either parasites or predators for this pest in North Carolina.