Find this article at:
go.ncsu.edu/readext?416941
— Written By Grant Palmer and last updated by Hannah Burrack

The research sites where we are collecting data are rich environments with many different species of insects. Pest species, including spotted wing drosophila (SWD), have found these sites to be suitable environments, but they are not the only flies, nor the only Drosophila to take advantage of the conditions. Other species of Drosophila  (also called vinegar flies) inhabit these areas and may interact with SWD populations.

Other native, non pest Drosophila species may out compete SWD in rotting fruit, preventing SWD from being able to take advantage of these extra resources. Native drosophilids also aid in the decomposition of fallen fruit in the field, reducing the amount of material that may draw in SWD from outside environments. Females of native Drosophila species have much small egg laying devises (ovipositors) than female SWD, and this difference is used in identifying flies in traps. In fact, it has been hypothesized that female SWD evolved the large, heavily serrated ovipositor that allows to infest undamaged fruit in response to competition from other Drosophila species in rotting fruit. See this recent paper for more information on that theory.

A wide variety of Drosophila species are drawn to traps at the research sites. There are many different species of drosophila, and it is important to recognize that not all these flies are pests! The image below includes both non-SWD and SWD flies. 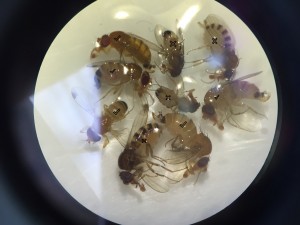 In addition to other Drosophila species, beneficial predatory insects such as dragonflies are also present at our sites. Research is also being done on parasitoids that may be able attack SWD. These parasitoids could be critical in managing SWD populations. 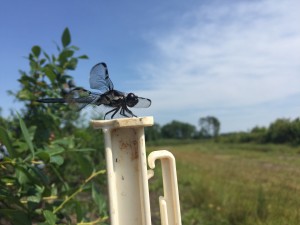 Many growers have drainage ponds that make great habitats for beneficial predatory insects like dragonflies. This one here was perched on one of our trap posts. Photo: Grant Palmer 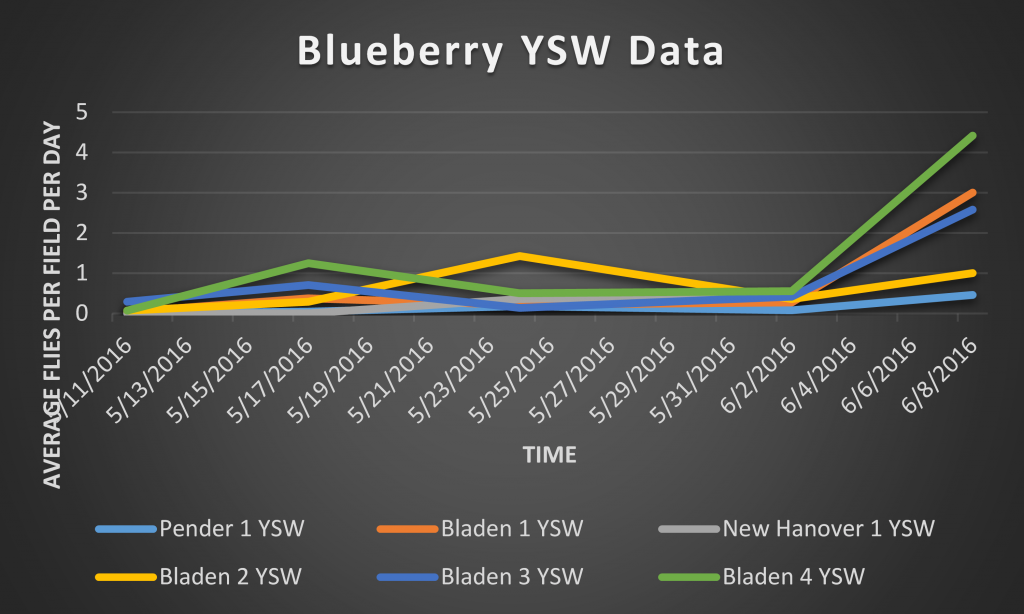 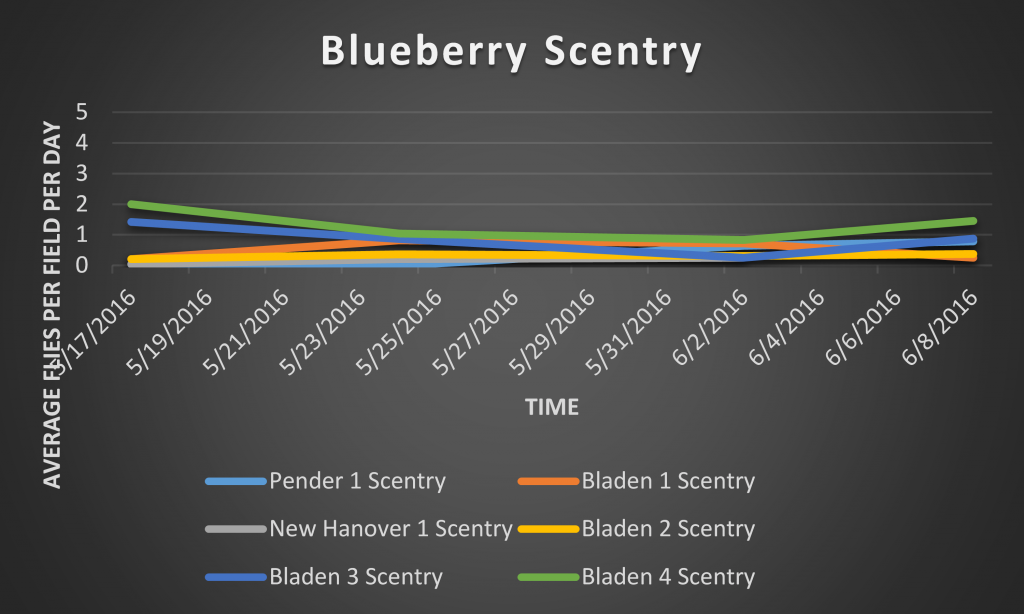 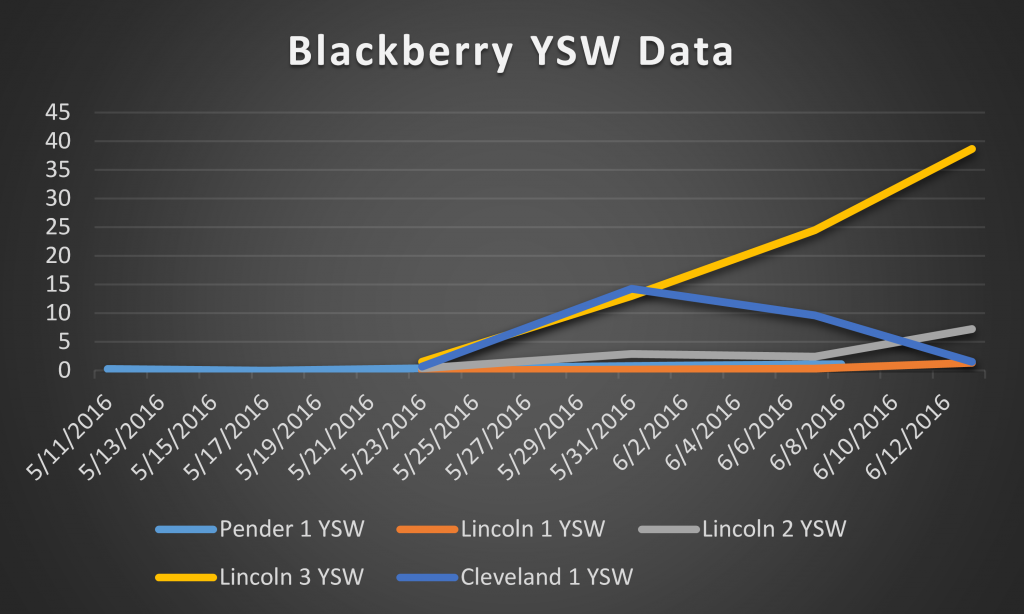 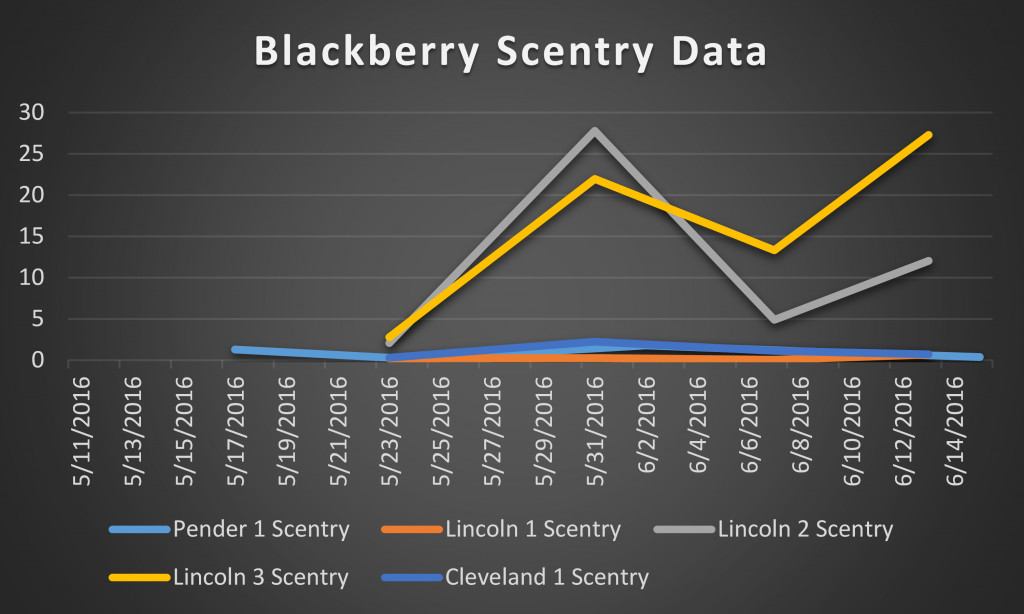 Female SWD collected in traps may have fewer mature eggs than those collected directly from fruit. Graduate student Katie Swoboda-Bhattarai in our laboratory is studying this observation further, and we are particularly interests in these results as they could potentially explain the striking peaks and valleys in the blackberry Scentry trap data.