Find this article at:
go.ncsu.edu/readext?422578
— Written By Grant Palmer and last updated by Hannah Burrack

We have now counted blackberry trap captures through August 8th. We have observed a decline in Lincoln 1 trap captures over the last couple weeks. This is likely a combination of the increased availability of the fruit combined with the management efforts taking place.

The smaller spike in the Cleveland 1 trap capture numbers corresponded to the end of the Ouachita blackberries at this grower’s farm. Other varieties are still being picked at this locations, and some flies may have moved to that fruit. It is also possible that spotted wing drosophila (SWD) are using other hosts, such as pokeweed, when it is present near a grower’s field. 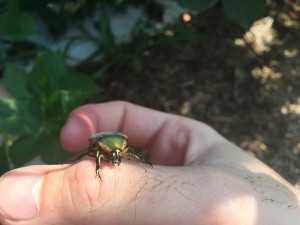 We are monitoring a total of five blackberry fields, and first checked traps on May 17, 2016. The average number of total (male and female) SWD captured per site per day are presented in the figures below. YSW refers to traps baited with “yeast/sugar water”, and Scentry refers to traps with Scentry lures. 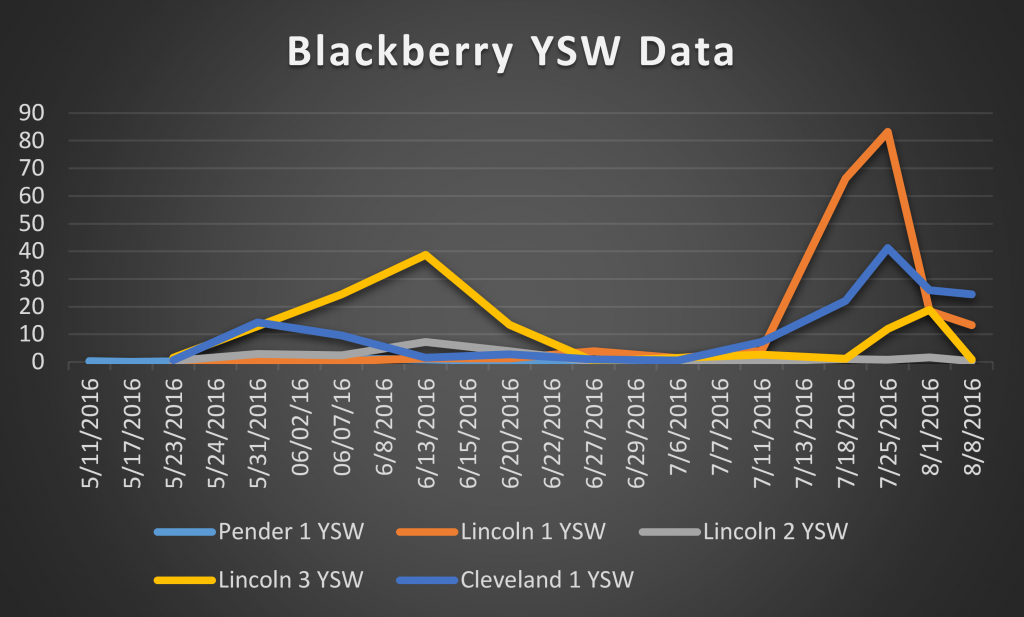 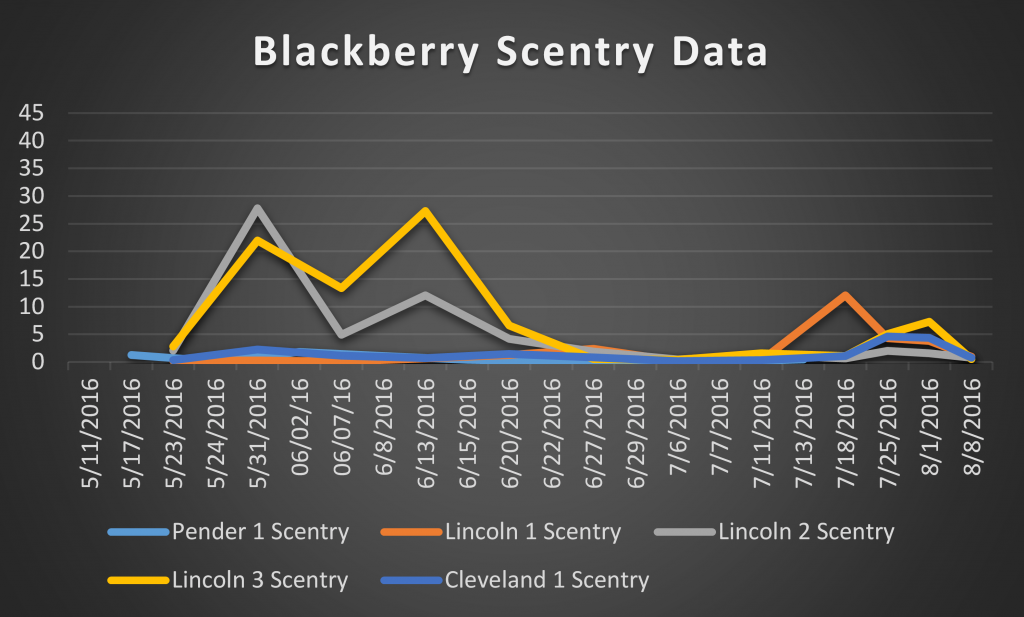