Find this article at:
go.ncsu.edu/readext?420916
— Written By Grant Palmer and last updated by Hannah Burrack

We removed our traps from harvested blueberry fields on July 13th, and we have now collected all the data and can look back over some of the trends that presented themselves over the season. Yeast/sugar water trap capture spiked at all of the sites at the end of trapping period. This spike was expected and likely due to a lack of attractive fruit. There were very few blueberries left in the field. Those remaining were overripe, and our traps became more attractive in comparison.

The Scentry trap capture data had similar end of season increases at two out of the three sites where we were still collecting data. The New Hanover 1 site was located at the Ideal Track of the Horticultural Crops Research Station near Castle Hayne, NC. This site is comprised of research blueberries fields, many of which were not harvested completely. Therefore this site may have had more available fruit compared to the other sites. In addition, the Scentry bait traps were also at the end of their four week rotational schedule during the final week of trapping. 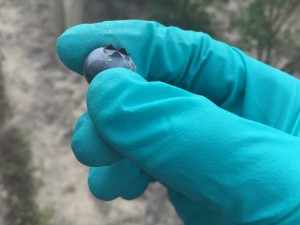 This is one of the first pictures I took in the blueberry fields: a blueberry with a lacewing egg laid on it. Photo: Grant Palmer 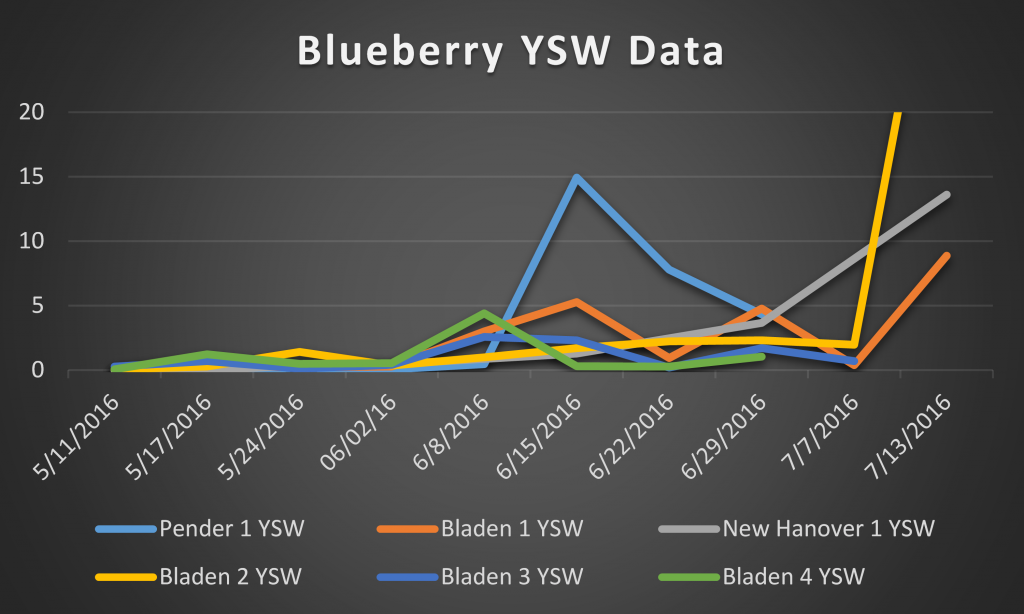 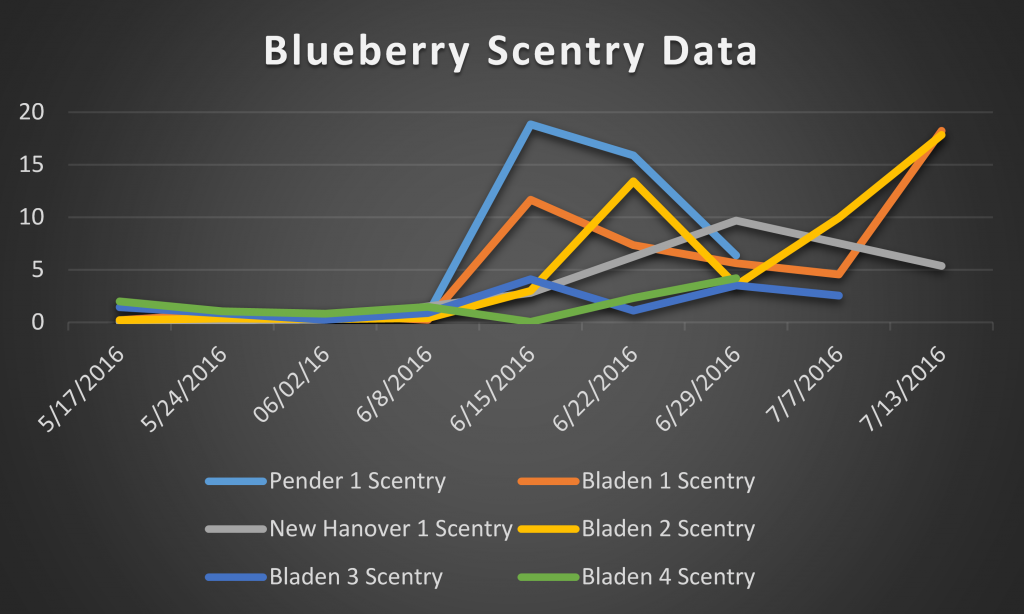 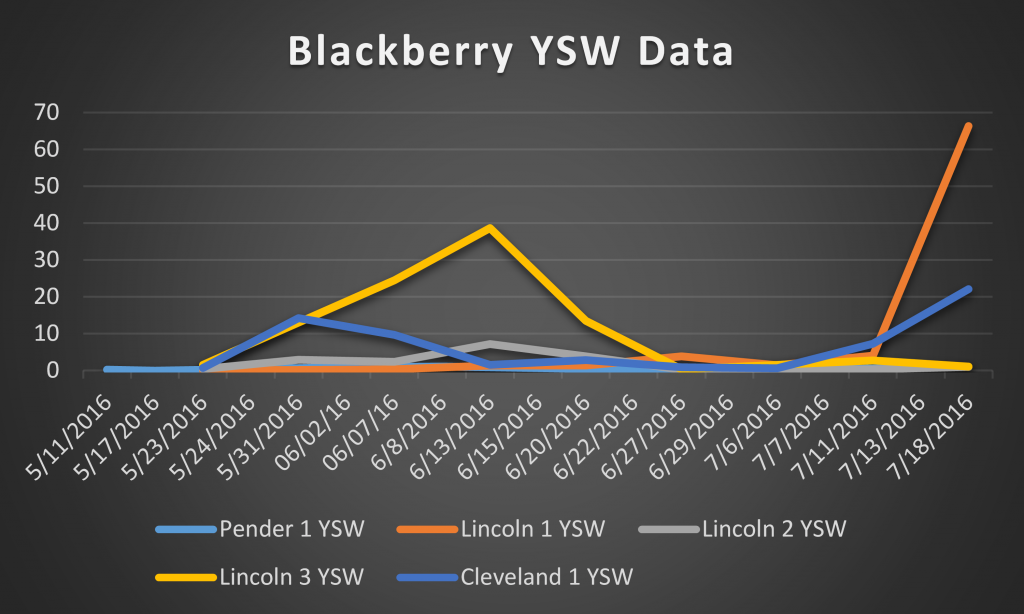 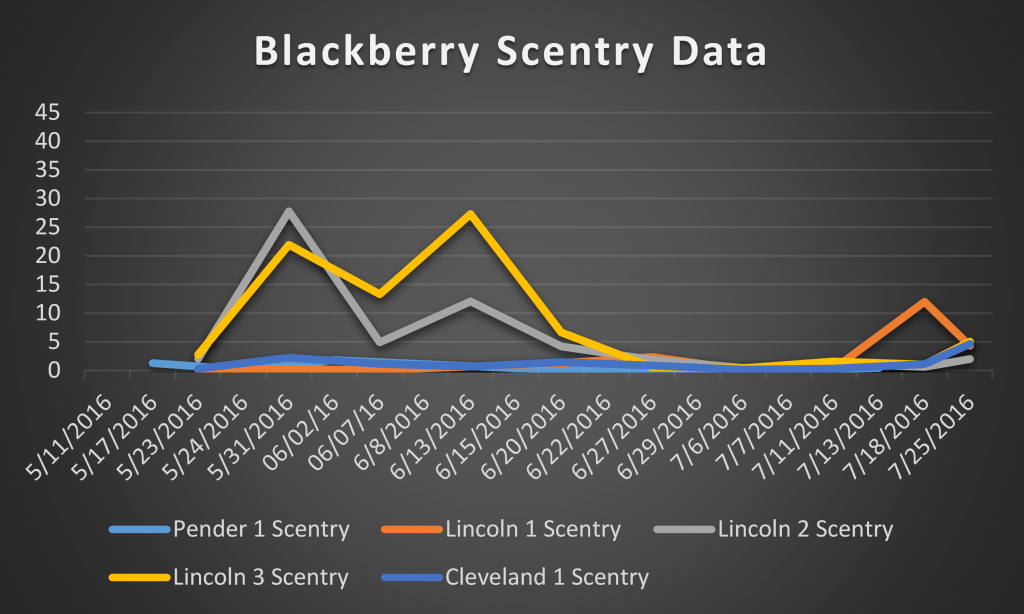 With the scouting at our blueberry sites completed, (and all of the blueberry scouting data present) we would like to take a moment to thank our participating blueberry growers for working with us throughout the season. Your support, and the support from all of our growers, has been greatly appreciated.