Orange striped oakworms started hatching in Raleigh this week. They have one generation per year. Adults emerge in mid summer and lay clusters of yellow eggs on the bottom of oak leaves. Young caterpillars are yellow and feed gregariously. They start skeletonizing leaves, leaving most fine veins intact. 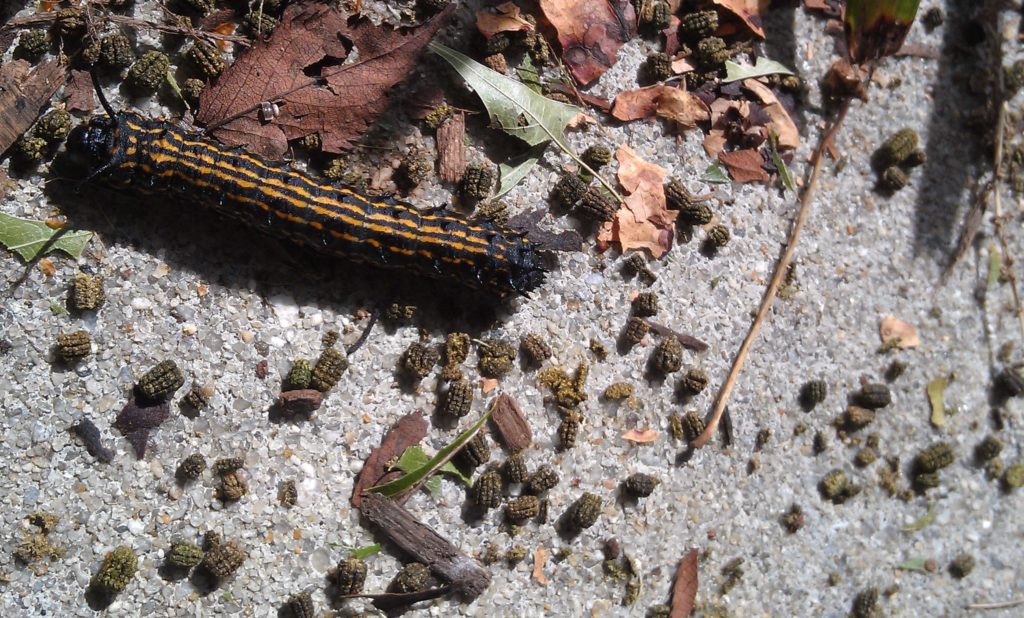 As they grow, larvae become black with increasingly noticeable orange stripes. Large larvae consume entire leaves, leaving only the midvein. Orangestripped oakworms can partially or entirely defoliate trees but often only one or two branches are affected. Orangestripped oakworms feed on most oak species and can also occasionally damage maple, birch, and hickory trees.

Management of these caterpillars, and other gregarious species, can be as easy as pruning. Since the larvae all feed together you can prune out infested branches and nearly stop further defoliation. On large trees with large populations pruning may be impossible or unfeasible. In this case, registered insecticides for ornamental plants may be used to reduce damage and frass. In late summer when larvae are full grown the damage is done insecticide applications are of little value. Read a full article on orangestipped oakworm IPM, or pinkstripped oakworms.