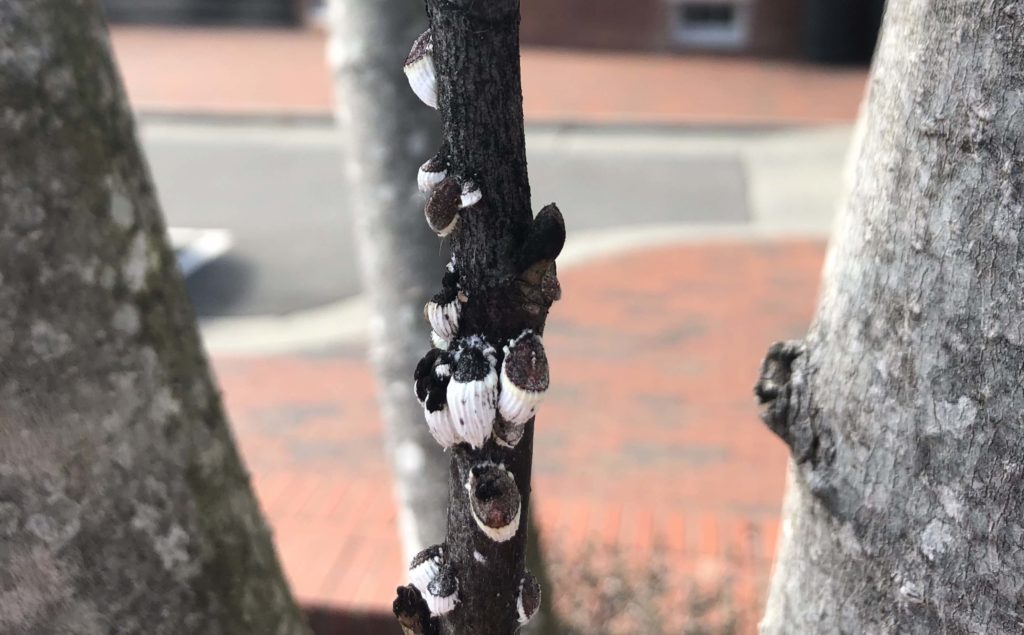 Cottony cushion scale is very noticeable when the white cottony female egg sacs are present. They are present now and most of the year since there are several overlapping generations per year. These are in a different family (Mararodidae)than other soft scales (Coccidae) and should not be confused with other cottony scales like cottony maple leaf scale, cottony camilla scale, or oak erriococid scale which is also in a different family (Eriococcidae). 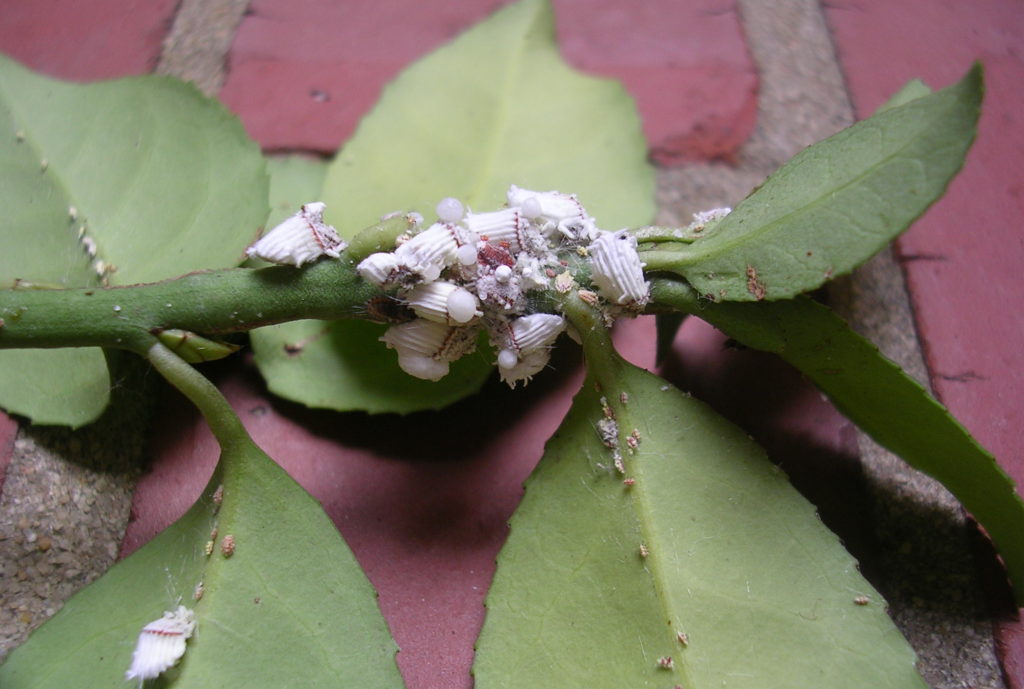 Many products are available to help manage soft scales and scales in general. A good place to start is with horticultural oil or insecticidal soaps. You can read about scale management with oils and soaps in a recent article. Other products are listed in the 2017 Southeastern US Pest Control Guide for Nursery Crops and Landscape Plantings.