Find this article at:
go.ncsu.edu/readext?606502
— Written By Michael Waldvogel 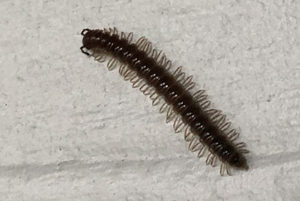 The hot dry weather has caused millipedes to move in search of moister areas which often means they crawl up and over patios, decks, siding and inevitably indoors. This usually leads to calls and emails about what can be done to stop this home invasion. It may be a small consolation that I get the same number of calls from both homeowners and pest management professionals seeking the magic bullet to stop this mass movement. One fact that has remained over the years, few pesticides have the ability to put even a small dent in this multi-legged pest. When the weather is extremely dry, the problem is often that people use too little spray volume to coat the soil and foundation. This doesn’t mean excess pesticide; it’s the water that is needed to get good coverage. 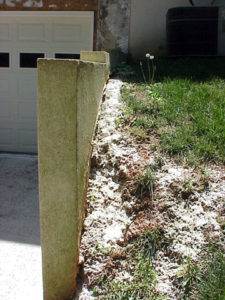 For that reason, watering the area before spraying can actually help. Frustration will often lead some people to apply (more likely “overapply”) insecticidal dusts which remain on the surface (until the first major rainfall) where it the residue can pose a hazard to children and pets. Another problem is that deep layers of mulch up near a foundation prevent pesticides from reaching areas below where millipedes are more likely to be found.

Moderate rainfall will actually help slow the movement and keep millipedes where they are, but many areas of the state are likely to see excess rainfall this weekend. Heavy rains can have the opposite effect by saturating the soil causing the millipedes to seek higher ground (i.e., “your foundation and your home”).