Find this article at:
go.ncsu.edu/readext?627542
— Written By Wes Watson and last updated by Michael Waldvogel 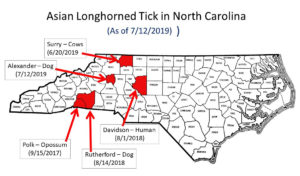 ]We have had requests for information about the Asian longhorned tick (Haemaphysalis longicornis) which is an invasive species that was initially reported as found on sheep in New Jersey in 2017. However, the USDA-APHIS found a specimen in a sample of ticks that had been collected in West Virginia in 2010 and initiallly misidentified as lonestar ticks. As of October 1, 2019, the Asian longhorned tick has been reported  in twelve states (AR, CT, DE, KY, MD, NJ, NY, NC, PA, TN, VA, and WV). In North Carolina, this tick has been found in five counties during the last three years although each case involved one animal or one site. We now have a publication about the tick’s biology available for you to use at: 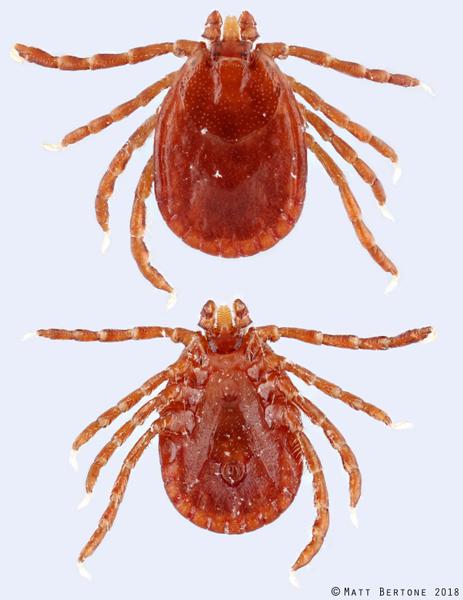 The Asian longhorned tick is an invasive tick spreading throughout the eastern US. A native of the far east, this tick was introduced to the US mainland in 2010. It …