European Pepper Moth Adults and Larvae Are Active in Nurseries

Find this article at:
go.ncsu.edu/readext?670358
— Written By Steven Frank

NC State Extension Area Specialized Agent Danny Lauderdale trapped the first European pepper moths last week. This is a serious pest that may not be on your radar. 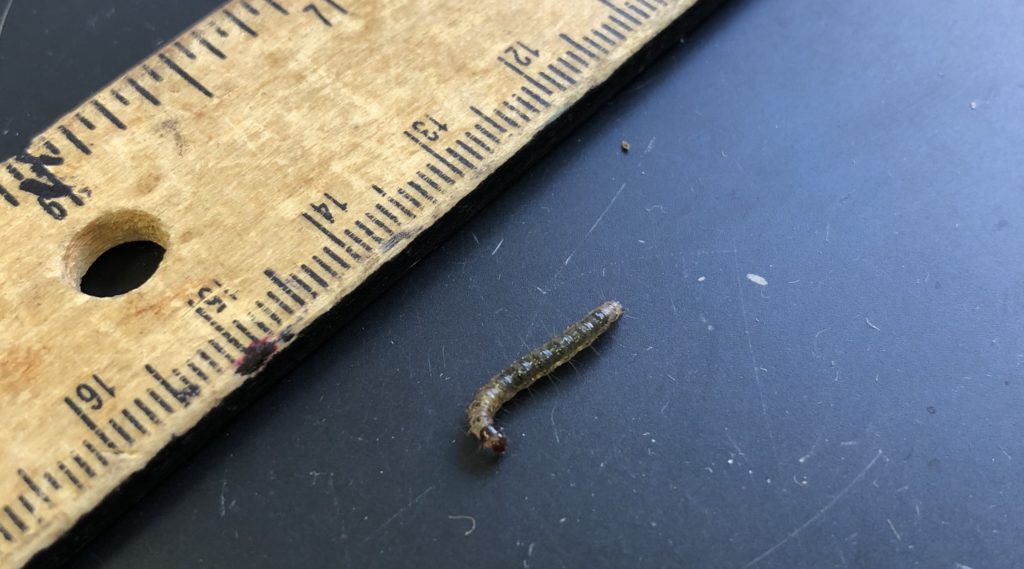 European pepper moth (Duponchelia fovealis) is a major, yet largely unrecognized, pest of nursery and greenhouse crops. This exotic pest has spread rapidly through the Southeastern US since becoming established in 2010. European pepper moth has become widespread in NC and throughout the Southeast since then. NC State Extension Area Specialized Agents have trapped them in nurseries from the mountains to the coast.

Pheromone traps are available to monitor for European pepper moth. They only trap male moths so there is no risk of attracting females to your nursery.

European pepper moth larvae feed on dozens of herbaceous and woody plant species. The larvae feed at or just below the surface of the potting media. They form loose webbing from the media to low leaves and branches. Because of this behavior they prefer plants with foliage touching the media or at least close to it.

The larvae are cream to light brown, less than an inch long, and live in silk webbing on or below the surface of the potting media. The larvae can be very difficult to find but if you find webbing assume the larvae are there and keep looking. European pepper moths damage plants when the larvae feed on leaves, flowers, stems, or roots. Damage to roots and stems cause symptoms, such as wilting or stunted growth, that are most commonly associated with drought or root diseases.

Very little research has been conducted on European pepper moth management but products active against caterpillars may be effective. The important thing is that foliar applications will provide little benefit since the larvae are at the media surface and in webbing that protects them. A sprench that covers foliage and the media surface may be more effective.