Find this article at:
go.ncsu.edu/readext?685102
— Written By Steven Frank

You may have European pepper moth in your nursery and not know it. They are hard to find because they hide in webbing on or below the surface of potting media. They create symptoms often confused with drought or root disease like wilting since they can girdle stems. 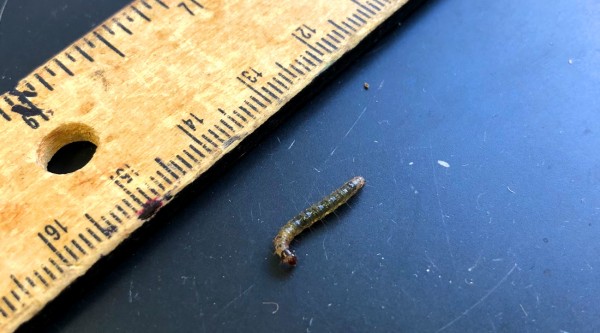 Here is a previous post with more information. As this pest becomes well known more people will discover it is present in their nursery or even in shipments from further south where it first became a prominent nursery pest.