Find this article at:
go.ncsu.edu/readext?696469
— Written By Steven Frank

False oleander scale, Pseudaulacaspis cockerelli, is a tropical and subtropical pest originally from China. False oleander scale is common throughout many southern states but just reaches the very warmest parts of North Carolina. This means the southeastern part of the state around Wilmington where the scales are very common. By the time you travel just 2 hours north to Raleigh, false oleander scale is less common. Presumably this is due to lower temperatures in winter. However, everyone might as well get familiar with this pest because it will creep north gradually as the climate warms. 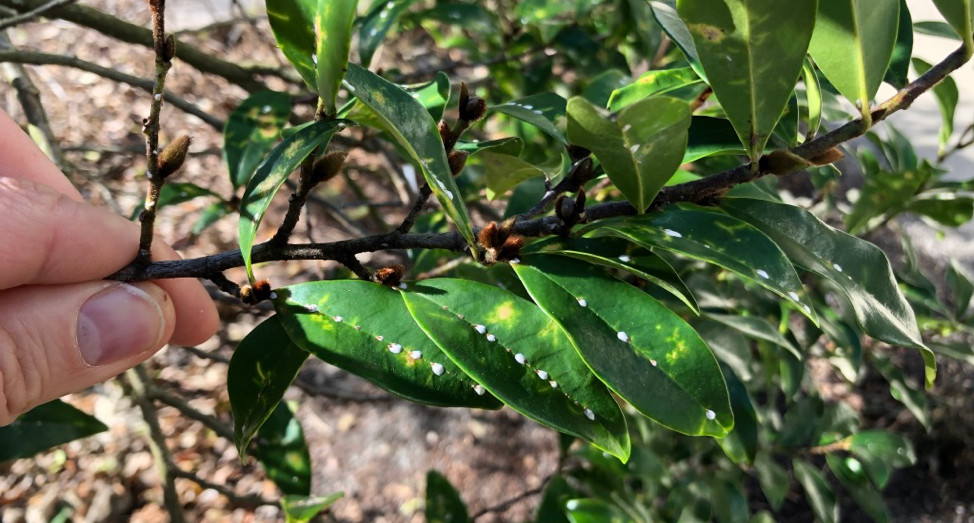 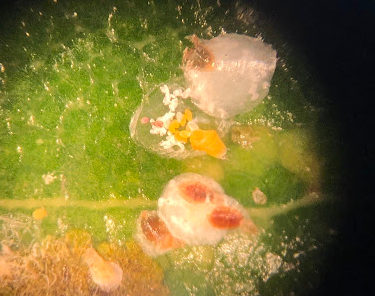 False oleander scale feeding produces chlorotic spots on leaves and can stunt leaf growth. Heavy infestations can cause leaf loss and general decline of the infested plant. These symptoms are similar to other armored scales that feed on evergreen leaves like euonymus scales on euonymus and tea scales on camellia.

False oleander scale may be able to overwinter in any stage since it inhabits warm regions. It can have at least three overlapping generations each year. Thus, all life stages are present throughout the year. The first generation of eggs and crawlers this year should already be active.

Monitor for white scale covers on leaves of susceptible plants. Since crawlers are present throughout the year, this scale does not have an optimal timing for insecticide applications. Several applications of horticultural oil or other insecticide may be necessary to reduce heavy populations.