Find this article at:
go.ncsu.edu/readext?692283
— Written By Steven Frank

There are a couple species of wax scales (Ceroplastes spp.) in North Carolina. Common ones include Indian wax scale and Florida wax scale. They look very similar and are managed similarly. Both are white wax globs on twigs. They are slightly pointed like an elf hat. Eggs and crawlers are pink. Nymphs become white after settling and develop sharp, star-like projections. 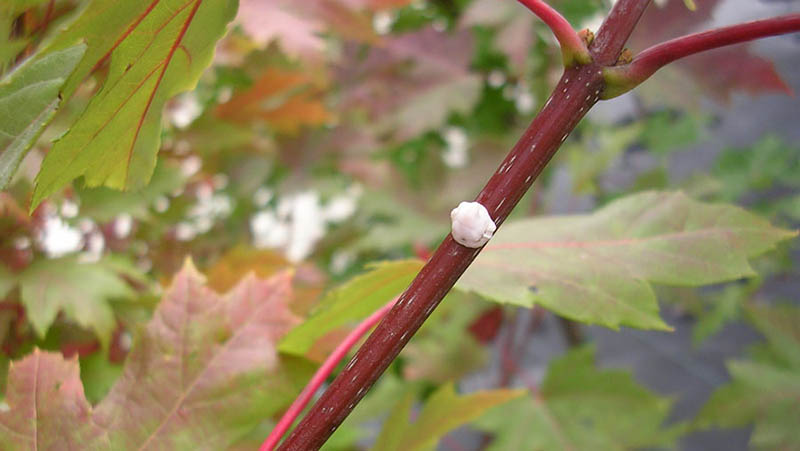 Wax scale on the twig of a nursery-grown maple. Photo: S.D. Frank

Wax scales are generalists that feed on dozens of plant species. They seem particularly common on broadleaf evergreen species such as holly, boxwood, cherry laurel, and euonymus, deciduous shrubs such as pyracantha, conifers such as hemlock, and deciduous trees including maples, magnolia, elm, and pear (Prunus).

There are one to two generations per year depending on climate and species. They often overwinter as adults, but in warmer climates with more than one generation, other stages may also overwinter. Eggs and crawlers appear in late spring and develop on branches. 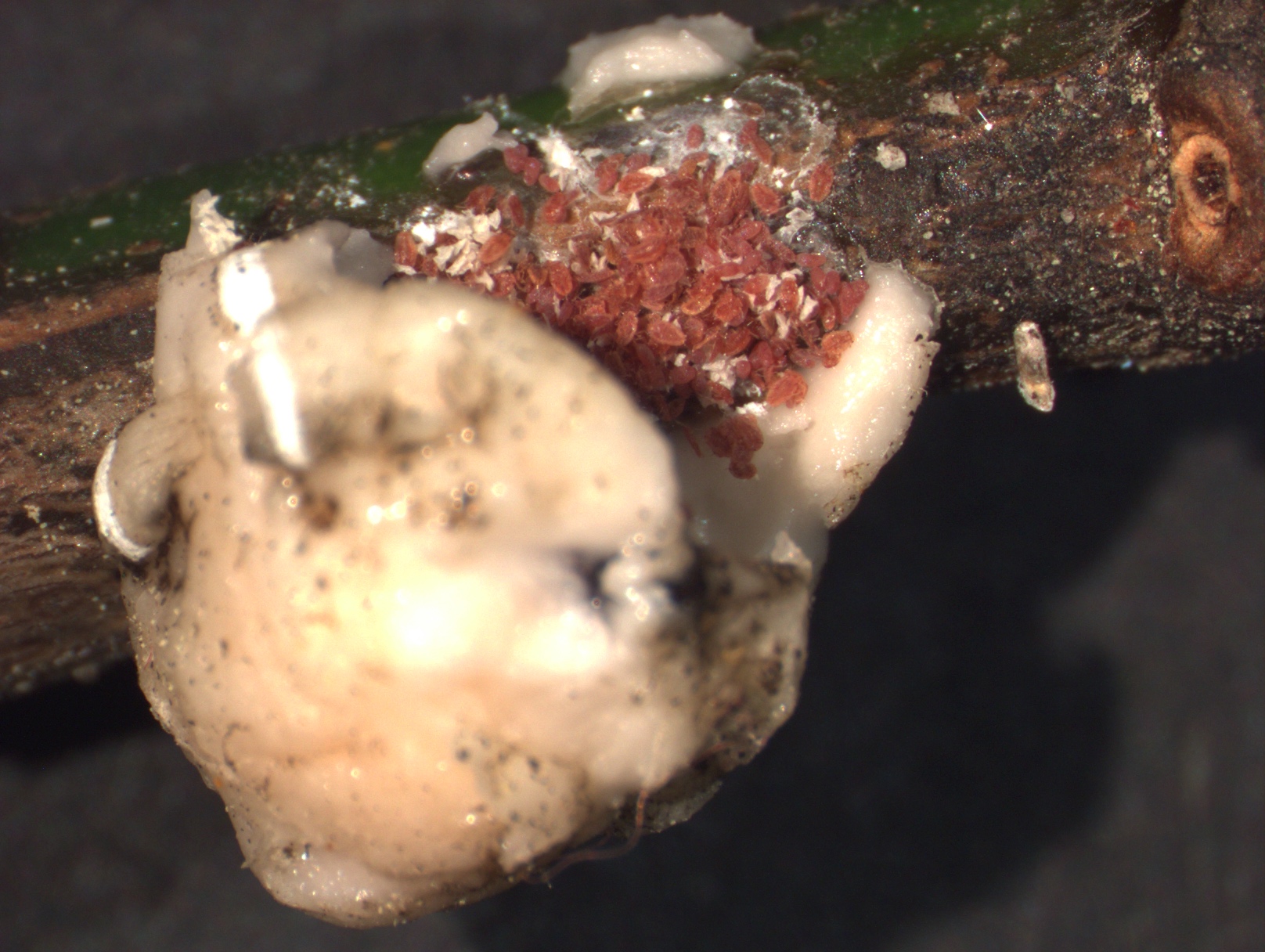 These scales are pests of landscape and nursery plants. They are conspicuous, which can damage plant aesthetics. They also produce honeydew that fosters sooty mold. Heavy infestations lead to leaf loss and reduced growth. Scout in winter when leaves are absent and the large white scales are easy to see. Their heavy wax makes them less susceptible to contact insecticides, so targeting crawlers is the best tactic. Products available for soft scales can be found in the the new Southeastern Pest Control Guide for Nursery and Landscape Plants.