An Update on Asian Giant Hornets

Find this article at:
go.ncsu.edu/readext?786108
— Written By Sydney Crawley (3 months ago) 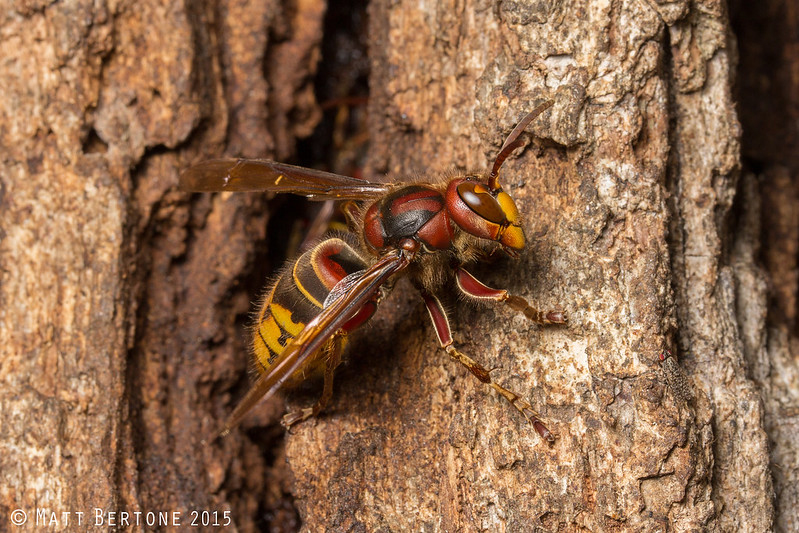 This is NOT an Asian giant hornet (Vespa mandarinia), but rather a European hornet (Vespa crabro) a large wasp that can be found in North Carolina

Last year, there was a lot of media buzz (no pun intended) surrounding the introduction of Asian giant hornets (Vespa mandarinia) into the United States. Specifically, these exotic insects were sighted in the Pacific Northwest (Washington). Referred to colloquially as “murder hornets”, these insects are native to Asia where they are known to attack and destroy hives of honey bees. Due to the perceived threat of this insect to pollinators as well as their large size (workers average over 1.5″ in length), there was, and continues to be, fear surrounding the impact Asian giant hornets could have if they were to establish in the United States.

Recently, you may have noticed that CNN and other media outlets have started to publish new articles on the topic of the approaching “murder hornet season”. However, it is important to note that, to date, this insect has never been spotted outside of Washington State or southwestern Canada. Previously established colonies and individuals, as of 2019-2020, were eradicated. Although federal agencies in the United States are gearing up to monitor for new and lingering introductions of “murder hornets”, there is no current evidence that this insect has established in the United States. In addition, there has never been an Asian giant hornet introduction in the eastern United States, including North Carolina. There are, however, multiple local wasp and hornet species that may be confused with the Asian giant hornet.

Please see our look-alike cheat sheet to help guide your identifications as these stinging insects begin to emerge as the weather warms. Most of these insects are beneficial and do not require action or pesticidal applications. If you would like more information of the biology and behavior of Asian giant hornets, please refer to our news bulletin written by Dr. Mike Waldvogel.

If you have any questions or would like a stinging pest identified, please contact our Plant Disease and Insect Clinic or reach out to me, Dr. Sydney Crawley.