Add Mosquitoes to Your Weekend Chores

Find this article at:
go.ncsu.edu/readext?716957
— Written By Michael Waldvogel 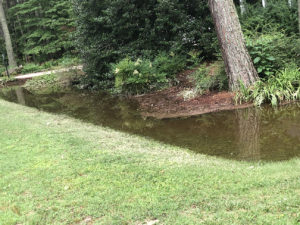 With odds increasing that Tropical Storm Isaias will hit some part of coastal North Carolina, we can expect some flooding in low lying areas and drainage ditches that may still be clogged with debris and silt build-up from previous storms. Those conditions can translate to becoming mosquito breeding sites. 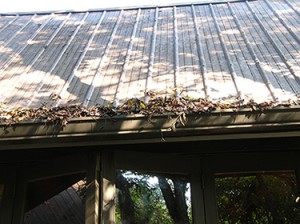 So, your list of weekend chores should include unclogging those sites and let any standing water drain out as much as possible before they start attracting even more mosquitoes. If you have concrete culvert running under your driveway (as seen in the picture above) that is clogged with soil, it can be cleared with a marvelous invention called “a shovel”. Try it this weekend. For areas that are too large or too difficult to drain readily, try adding a Mosquito Dunk to slow another generation of mosquitoes from developing there. If you are in an area where heavy rains are expected, hold off on using the Dunk until after the rain ends; otherwise,  the particles it will likely get flushed away along with hatching mosquitoes. Also, remember that even though Mosquito Dunks are convenient and effective, they are not a long-term solution to mosquitoes (or an excuse not to do something else). It helps to look at where water is impounded and see if there is a way you can address that problem in a more permanent way as well. One site that can often go unnoticed are roof rain gutters. They become clogged with leaves and debris that often accumulates on the roof until the next rainstorm. Removing that debris keeps the gutters from trapping water.