These are large, stingless wasps that are commonly found at porch lights, due to their somewhat unique habit (at least for wasps) of flying at night (i.e. nocturnal). Their size and shape means they may be mistaken for crane flies. They parasitize the larvae (caterpillars) of various large moths. Because they are parasitic on other insects and don’t defend large colonies, they are harmless to humans. 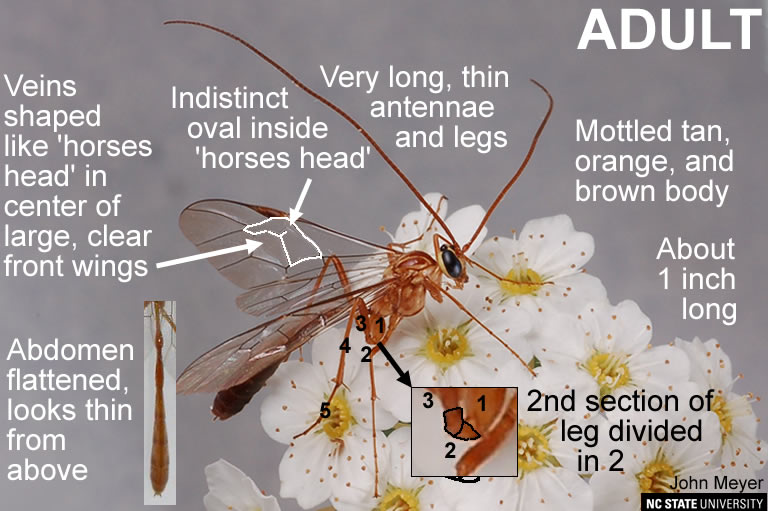 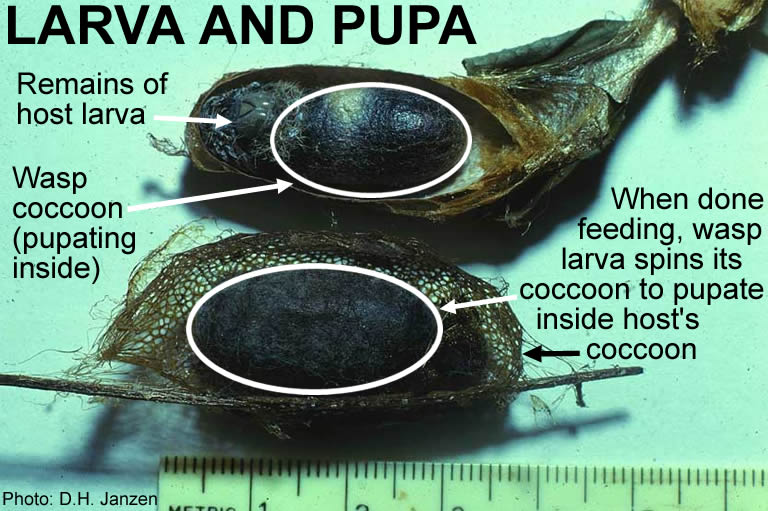 Large insects approximately 1 inch long. The bodies of these wasps are mottled tan, orange and brown with dark eyes. The ‘horses-head’ shape formed by veins in the front wings, along with the divided second section of the legs are key characters that identify this wasp as belonging to the family Ichneumonidae. The four large wings distinguish this wasp from similar-looking flies, that have two wings and two halteres. These wasps superficially appear like crane flies, but are easily distinguished (see example). The antennae are exceptionally long, and the legs are also long. The abdomen is flattened, so that it appears very narrow from above.

The effect that Enicospilus wasps have on their host populations is unclear as is their ability to provide natural control or biological control of insect populations. They are not sold commercially.