These are minute, almost microscopic wasps that parasitize the eggs of other insects. Because of their size and habits Trichogramma escape the attention of most people. However, they are extremely important in pest management and are released on tens of millions of acres of crop and forest land around the world each year. They are ubiquitous and are found in many habitats, including aquatic habitats. These wasps are solitary so females hunt for either insect eggs directly, or for an insect that will lay eggs so it can hitch a ride and parasitize freshly laid eggs. Like most wasp species, they are parasitic on other insects and don’t defend large colonies, so they are harmless to humans. 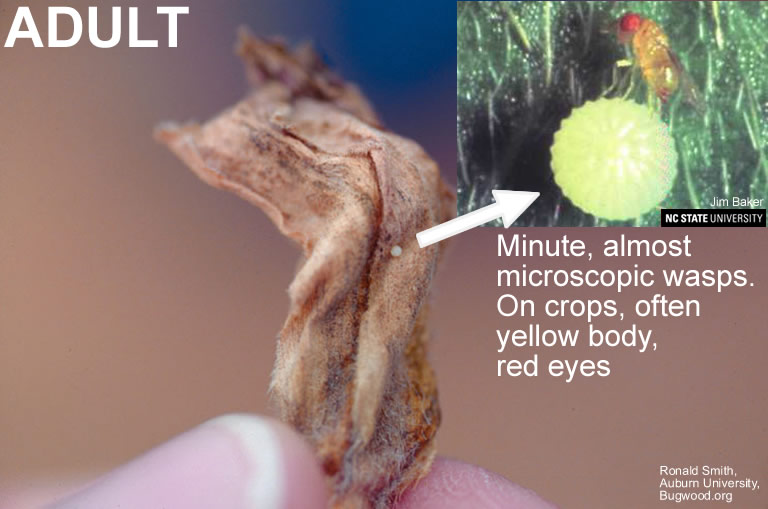 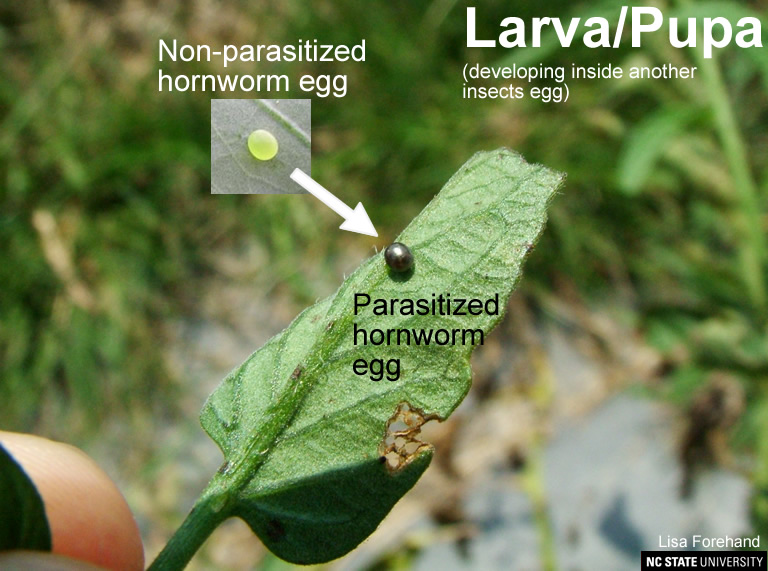 Minute insects approximately 0.5 – 1.0 mm long. The bodies of Trichogramma found in crops are often yellowy-brown with distinctly red eyes. If you happen to find an insect egg or egg mass in your yard, look for a tiny yellowy-brown insect on or near the eggs. This is the most likely way you would ever encounter a Trichogramma wasp.

Because the grub-like larvae develop inside insect eggs, they cannot be seen. However, within a week of parasitism, eggs will turn black rather than hatch. When finished pupating, the adults will chew round holes in the tops of eggs to crawl out and once again search for hosts.

Trichogramma wasps can contribute significantly to natural control of a variety of insect populations. They are probably the most widely released insect for pest management. They are raised in very large numbers by institutions and commercial enterprises around the world (see BIRC online Directory).

Native, throughout the United States.