Velvet ants are actually wasps, but have earned their common name because the females are wingless, have an ant-like appearance, and are covered with a thick almost fur-like coating of hairs. Because of their bright color and size, adult females are often noticed scurrying along the ground in open areas. Males are most easily seen when feeding on nectar-producing flowering plants. Females parasitize larvae and pupae of ground-nesting wasps and bees primarily, but a few species will attack beetles and flies. Velvet ants are actually related to paper wasps, so the females have a stinger with which they can inflict a very painful sting if mishandled. They were given their second common name, cow killer, because of folklore stating the sting was so powerful it could kill a cow. 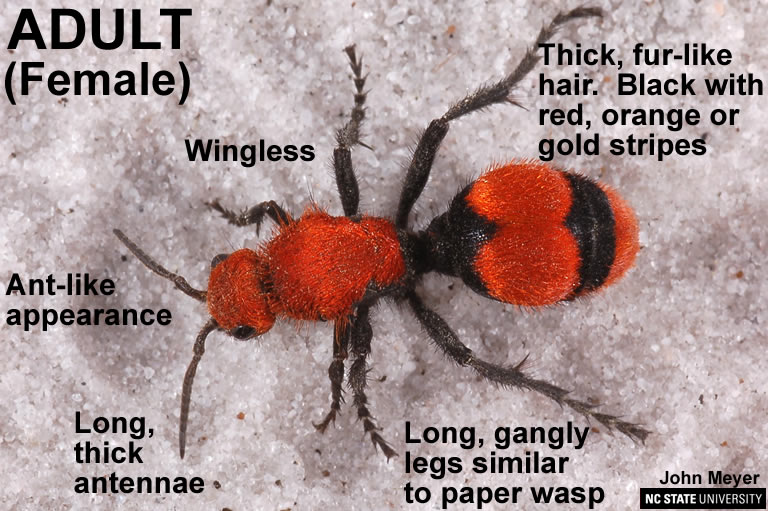 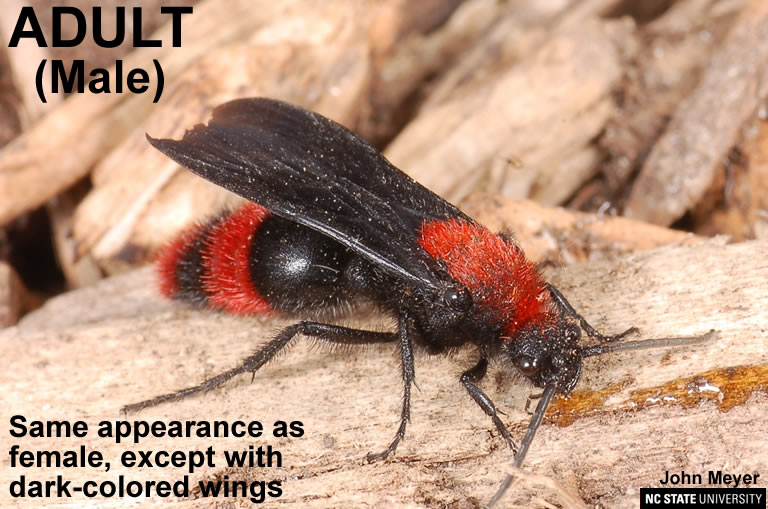 Both females and males have a dense fur-like covering of hairs on their bodies. They are usually brightly colored with black and either red, orange or gold stripes. They both have long, gangly legs resembling those of paper wasps. They also have an ant-like appearance. This is particularly true in females because of the lack of wings that means they crawl on the ground. The females have a long stinger that is also used as an ovipositor. These can be quite large insects, up to approximately 3/4 inch in length.

Because the grub-like larvae parasitize wasp and bee larvae and pupae in underground nests, they cannot be seen unless a nest is purposely dug up.

Because velvet ants primarily parasitize predatory wasp larvae and bee larvae, they may be detrimental to pest management and pollination if in high numbers. They are not sold commercially.