These predatory wasps have a social structure similar to honeybees, with a queen and workers. After a queen has started a paper nest in the spring, the workers take over and hunt continuously to feed larvae developing in the nest. They are voracious predators of caterpillars and other insects, but will act as scavengers as well. When a worker finds a caterpillar, they will kill it, then chew it up and roll it into a ball for easier transport back to the nest. Hover fly adults often mimic the color patterns of these wasps (see comparison), presumably to gain protection from their own predators. These wasps are capable of stinging multiple times, primarily in defense of their nests. 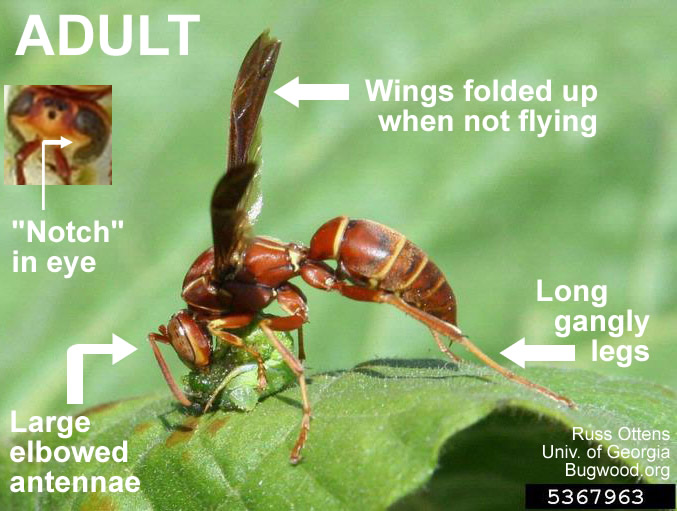 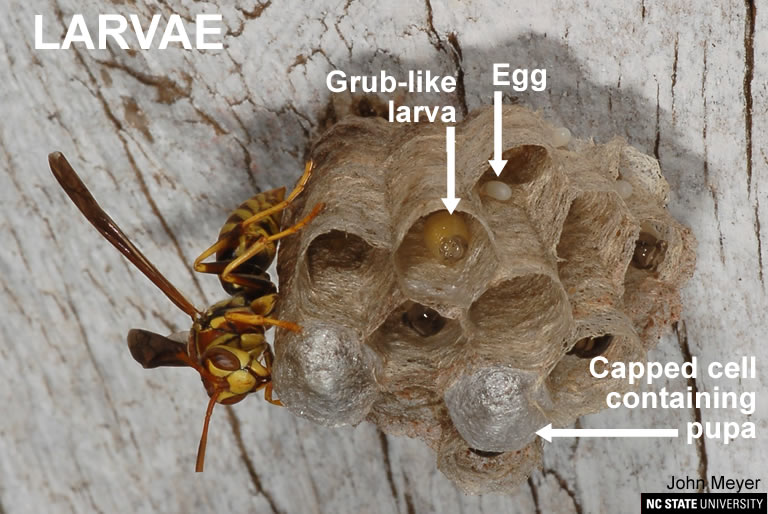 Unlike flies, bees, and many other wasps, these fold their 4 wings up longitudinally when not flying (see comparison). They also have large, “elbowed” antennae, “notched” eyes, and long, gangly legs.

The grub-like larvae live inside individual cells of the paper nest, and are cared for initially by the queen, and later by her workers. After larvae have fully grown, they will pupate inside of a capped cell.

Paper wasps are very valuable natural controls and contribute to population regulation of caterpillars in particular, but likely other insects as well. Conservation biological control efforts have in the past focused on building and developing wooden nest boxes around tobacco fields to increase numbers of wasps and reduce caterpillar numbers in the adjacent crop. They are not sold commercially.