Rove beetles are commonly found on the soil surface in a variety of habitats. Their very short wing covers combined with a habit of raising their ‘tails’ when running or disturbed has left some people confusing them with small scorpions. They also have a similar appearance to earwigs, but lack the large ‘pincers’ that earwigs have on their rear ends. They come in a variety of sizes and colors and are primarily predatory, but a few ae parasitic on insects such as onion maggot. 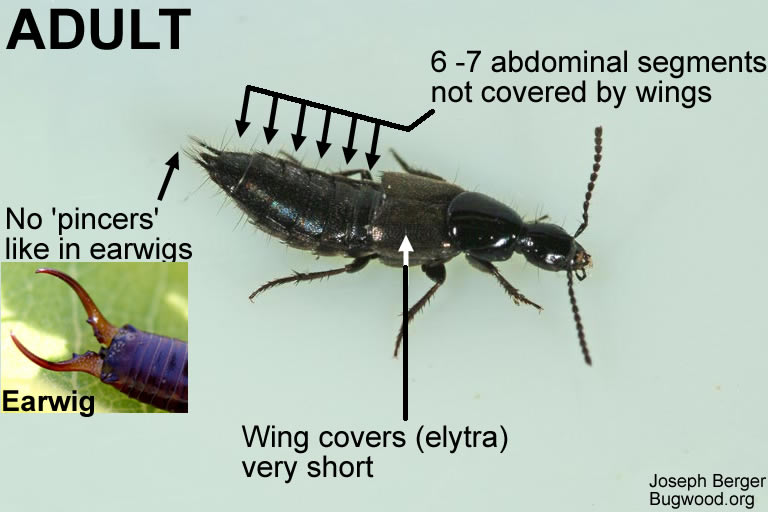 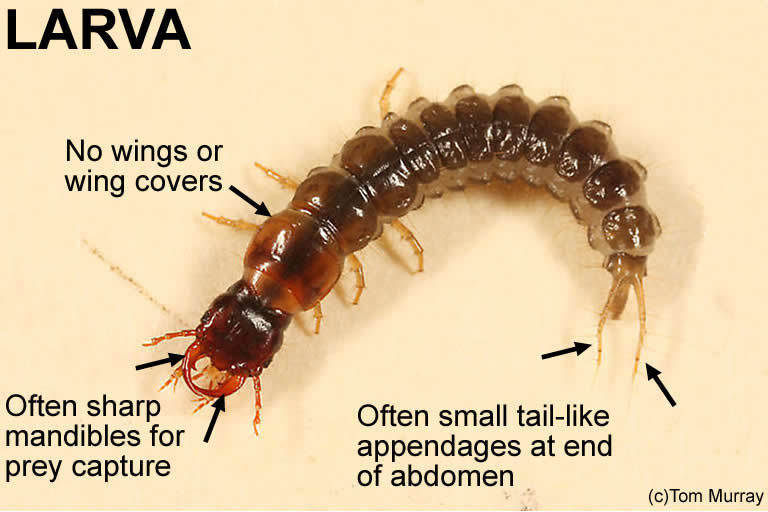 Usually narrow bodies with very short wings covers, exposing six to seven segments of the abdomen. Look like earwigs, lack the ‘pincers’ that earwigs have at the tips of their abdomens (see a comparison). Often move in a snake-like manner, and may lift their abdomen tips when alarmed or running, giving the superficial appearance of a scorpion.

Typical larval beetle appearance but often with sharp mandibles; can be mistaken for ground beetle larvae.

Rove beetles likely provide natural control for some pest species. They are not sold for biological control of insect pests in North America.