These bugs are very general in their feeding habits. Like all true bugs (Hemiptera) these predators have a beak. To feed, they swing their beaks up from under their bodies, sneak up to their prey and jab them with the harpoon-like tips. They inject digestive enzymes through the beak that soon render the prey immobile, after which they suck up the digested insides. This strategy can be highly effective, as these bugs can sometimes be seen subduing prey insects many times their own size (See Image 3). 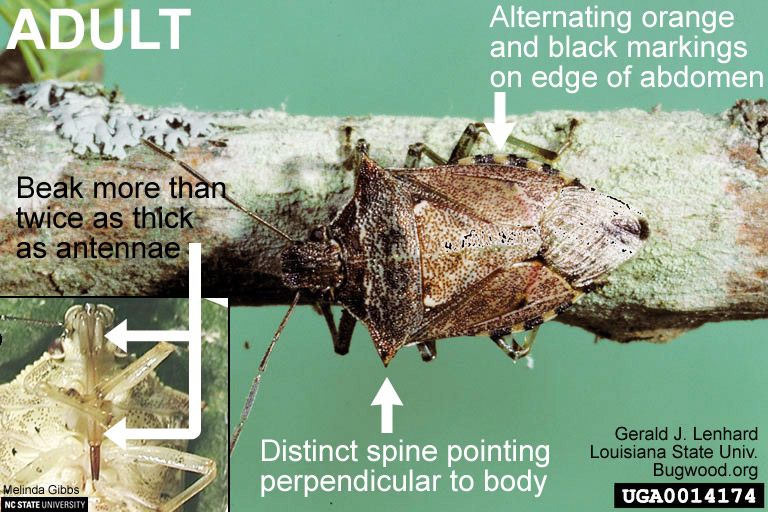 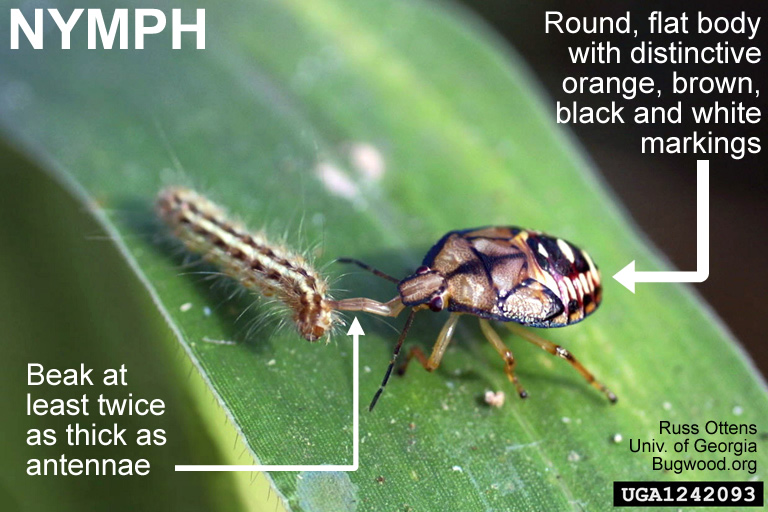 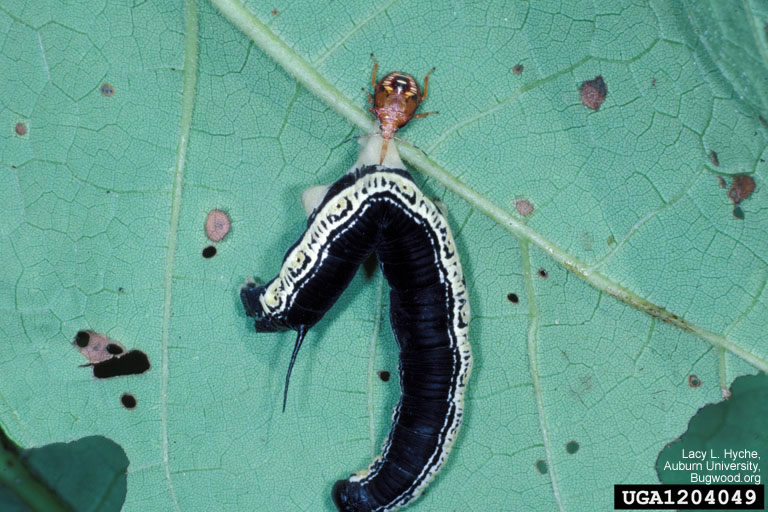 Image 3. This spined soldier bug nymph has subdued and is eating a catalpa sphinx moth larva (a type of hornworm, Ceratomia catalpae,) that is many times its own size.

Like all predatory stink bugs, Podisus have beaks that are at least twice as thick as their antennae whereas plant-feeding stink bugs have beaks as thin as antennae. The adults have an alternating pattern of orange and black markings along the edges of their abdomens. The sharp spines on their ‘shoulders’ point straight-out from their bodies.

No wings. Beaks like adults. Bodies round and somewhat flattened, with distinctive orange, brown and black markings.

These stink bugs are common natural control agents of a variety of plant-feeding insects and undoubtedly contribute to pest population regulation. They have been studied in depth as models for describing how generalist predators can contribute to insect pest management. They are sold commercially (see BIRC online Directory).