One of two soldier beetles (the other is C. pensylvanicum) commonly seen in the late summer or early fall feeding on nectar and pollen on flowers. They can be quite numerous on flowers and may cause concern for some gardeners. The larvae can also occasionally be found inside fruit such as tomatoes that have already been opened up by splitting, or by other insects such as caterpillars. Neither the adults or larvae damage plants however. The adults are primarily nectar and pollen feeders, but may feed on small insects such as aphids. The larvae are primarily soil-dwelling, and feed on a variety of insect adults, larvae, and eggs. Larvae can survive in very wet conditions due to an exoskeleton that repels water. Neither the adults or larvae will bite. 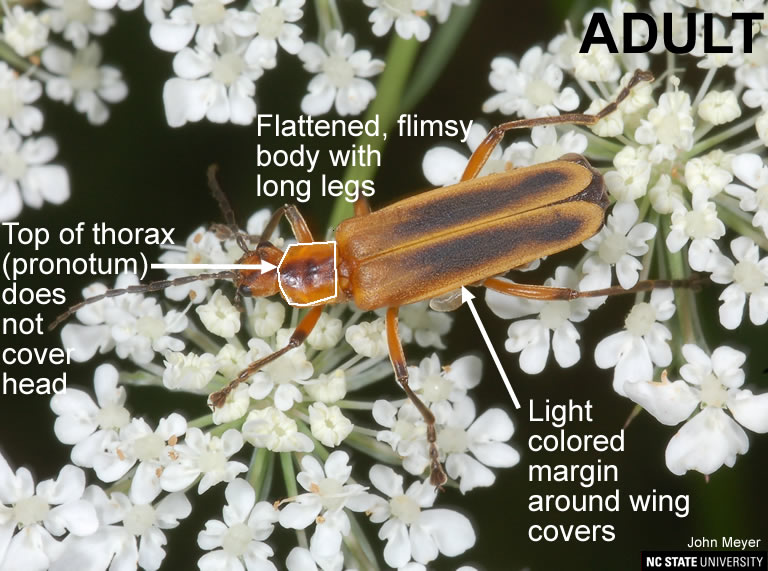 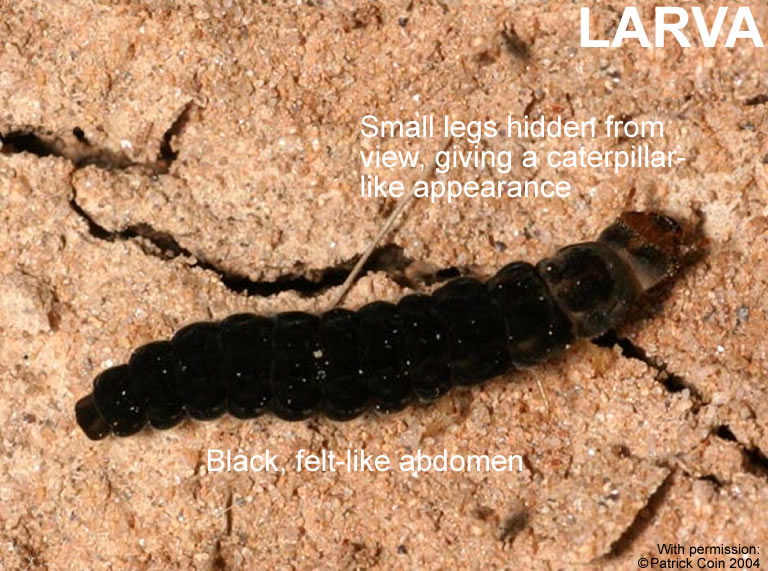 Orange-brown and black flattened bodies, about an inch long, with long legs. Look similar to fireflies, but the thorax (pronotum technically) does not cover the head. The dark color pattern on the wing covers can be variable, but they usually have light colored margins.

The larvae have a black, velvety appearance and their small legs make them look like caterpillars.

Soldier beetle larvae likely contribute to natural control of a variety of insects, and are therefore a positive component of insect communities. They are not sold commercially.

Native, throughout the United States.