The two spots and distinctive keyhole markings in adults make this predatory bug easily distinguished from other predatory stink bugs, It also is a generalist predator, meaning it’s not a picky eater. Like all true bugs (Hemiptera) these predators have a beak. To feed, they swing their beaks up from under their bodies, sneak up to their prey and jab them with the harpoon-like tips. They inject digestive enzymes through the beak that soon render the prey immobile, after which they suck up the digested insides. 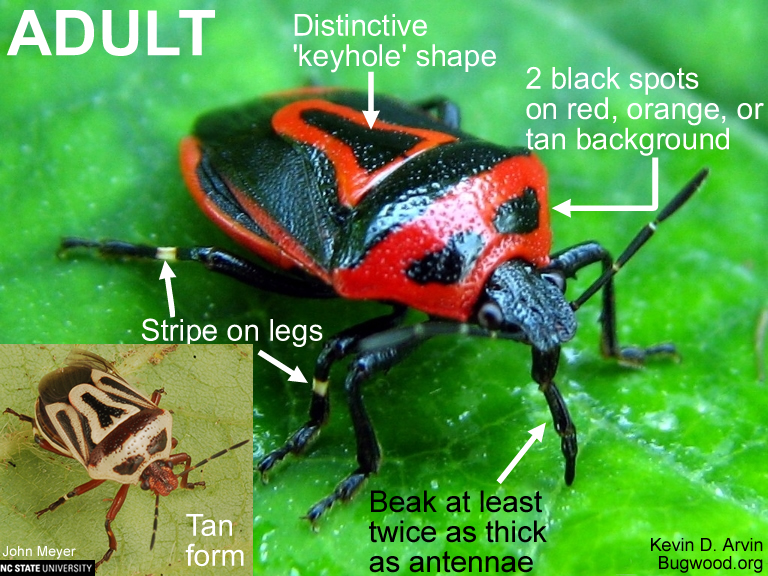 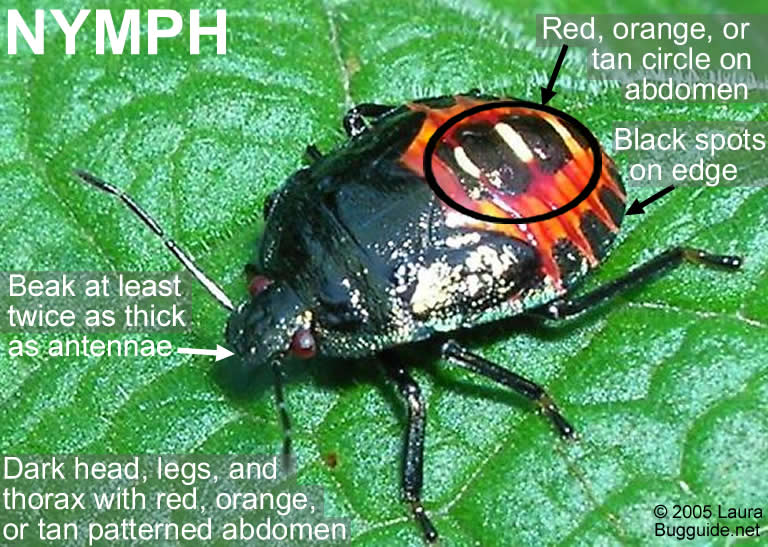 Adults have two distinctive spots on the top of their thoraxes, as well as a keyhole-shaped marking on their backs. Head and legs are black, with a stripe on the latter. Colors of thorax and abdomen are variable, with black markings on either red, orange or tan background; ‘shoulders’ are rounded in contrast to the spines seen in other predatory stink bugs. Like all predatory stink bugs, Twospotted stink bugs have beaks that are at least twice as thick as their antennae (see a comparison).

No wings. Beaks like adults. The overall shape is rounded with a somewhat flattened underside. Black or brown head, thorax, and legs. Abdomen with red, orange or tan O shape, and black spots around edge.

These stink bugs are less common natural control agents of a variety of plant-feeding insects. They may contribute to pest population regulation if abundant, but not as much as Podisus (see example study). They are not sold commercially.