These bugs are easily confused with harlequin bugs (see comparison), a common pest species. Anchor bugs are generalist predators, meaning they are not picky eaters. Like all true bugs (Hemiptera) these predators have a beak. To feed, they swing their beaks up from under their bodies, sneak up to their prey and jab them with the harpoon-like tips. They inject digestive enzymes through the beak that soon render the prey immobile, after which they suck up the digested insides. 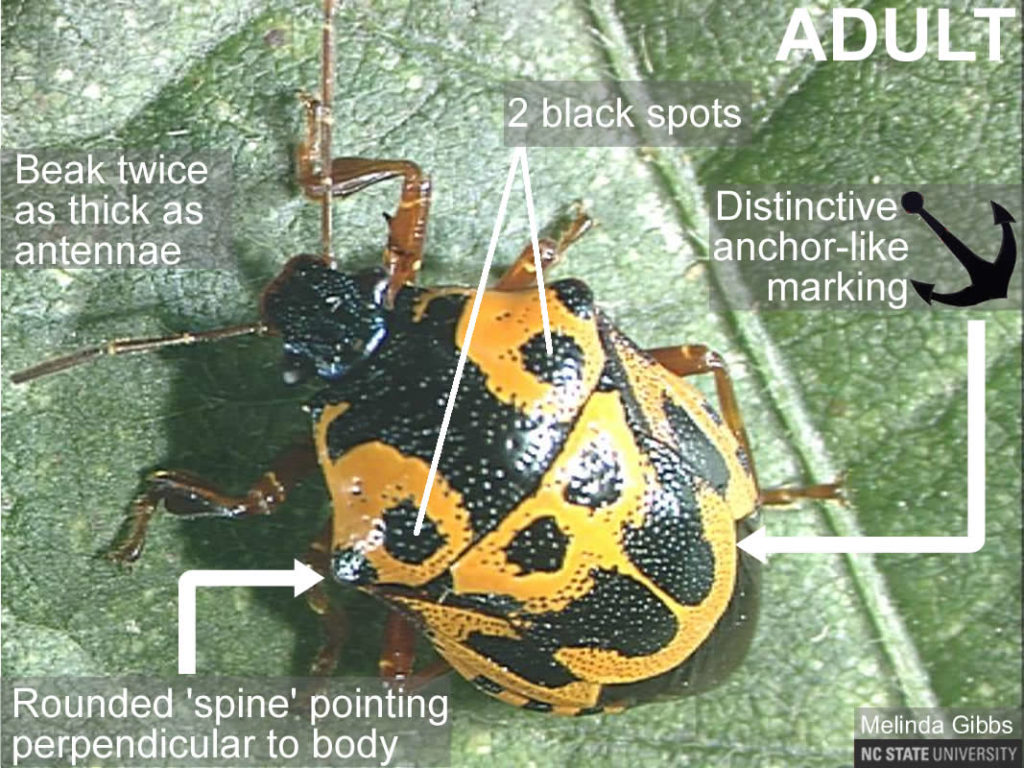 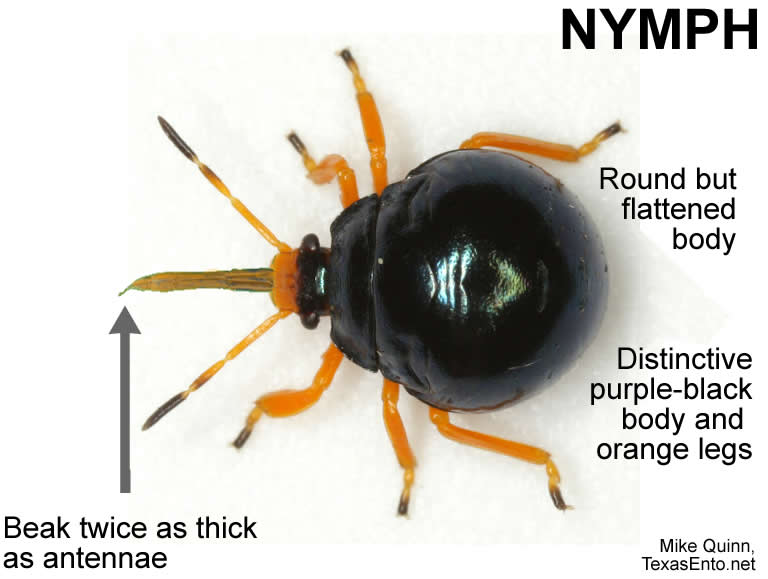 Anchor bugs look very similar to harlequin bugs, a pest insect (See comparison). Like all predatory stink bugs, Anchor bugs have beaks that are at least twice as thick as their antennae. Adults have a distinctive marking on the top of their abdomens that resembles a ships anchor. The two spots on the top of the thorax are widely separated by a large black marking, unlike Perillus. Coloration is either yellow, orange or red, with black markings. They have rounded shoulders rather than the spines seen in Podisus, for example.

No wings. Beaks like adults. The overall shape is rounded with a somewhat flattened underside. Distinctive purple-black body and orange legs.

These stink bugs are somewhat uncommon natural control agents of a variety of plant feeding insects. Because they’re less abundant, they likely do not contribute as much to pest population regulation as other predatory stink bugs like Podisus. They are not sold commercially.